Barcelona fans in Saudi Arabia could face a A$200,000 fine and up to 15 years behind bars for wearing their team's colours. 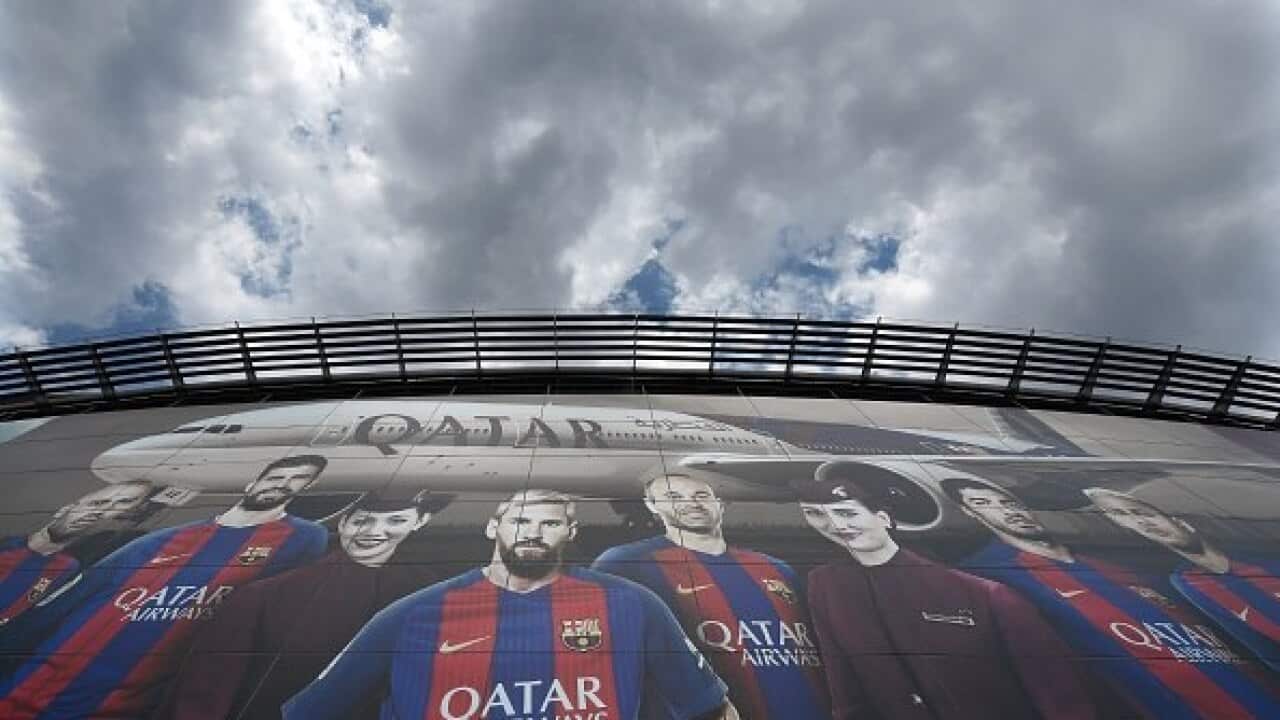 Barcelona shirts which feature the Qatar Airways logo are said to be outlawed as tensions between Saudi Arabia and Qatar continue to boil over.

The dramatic law change comes after Bahrain, Saudi Arabia, Egypt, the United Arab Emirates, Libya, Yemen and the Maldives sensationally cut off all ties with its neighbour this week after accusing Qatar of supporting extremist groups. Qatar have rejected the claims.

Barcelona sponsor Qatar Airways are one of many Qatari entities blacklisted by Saudi Arabia and fans wearing Lionel Messi or Neymar shirts could become caught in the political crossfire.

A ban could now follow in countries that sided with Saudi Arabia in the international row including the United Arab Emirates, Egypt, Yemen and Bahrain.

Qatar Airways has sponsored the Blaugrana for the past four season, but will be replaced by Rakuten next season as Barcelona's shirt sponsor after the Japanese online retailer signed a four year sponsorship deal with the club.

Many Barcelona fans opposed the club's ties with Qatar Airways with more than 60,000 people signing a petition last year for the club to cut links with the Gulf nation.

The growing tensions in the Middle East could also affect Paris Saint-Germain who are owned by the Qatar Investment Authority and are sponsored by UAE national airline Emirates.

Emirates has stopped flights to Qatar but told French newspaper Le Parisen: 'It will have no effect on the club, there is no worry.'