Saudi Arabia grabbed an early lead in Al Ain but surrendered an equaliser almost immediately and their neighbours UAE then took the points courtesy of an Ahmed Khalil wonder-strike to keep alive their slim hopes of 2018 FIFA World Cup qualification. 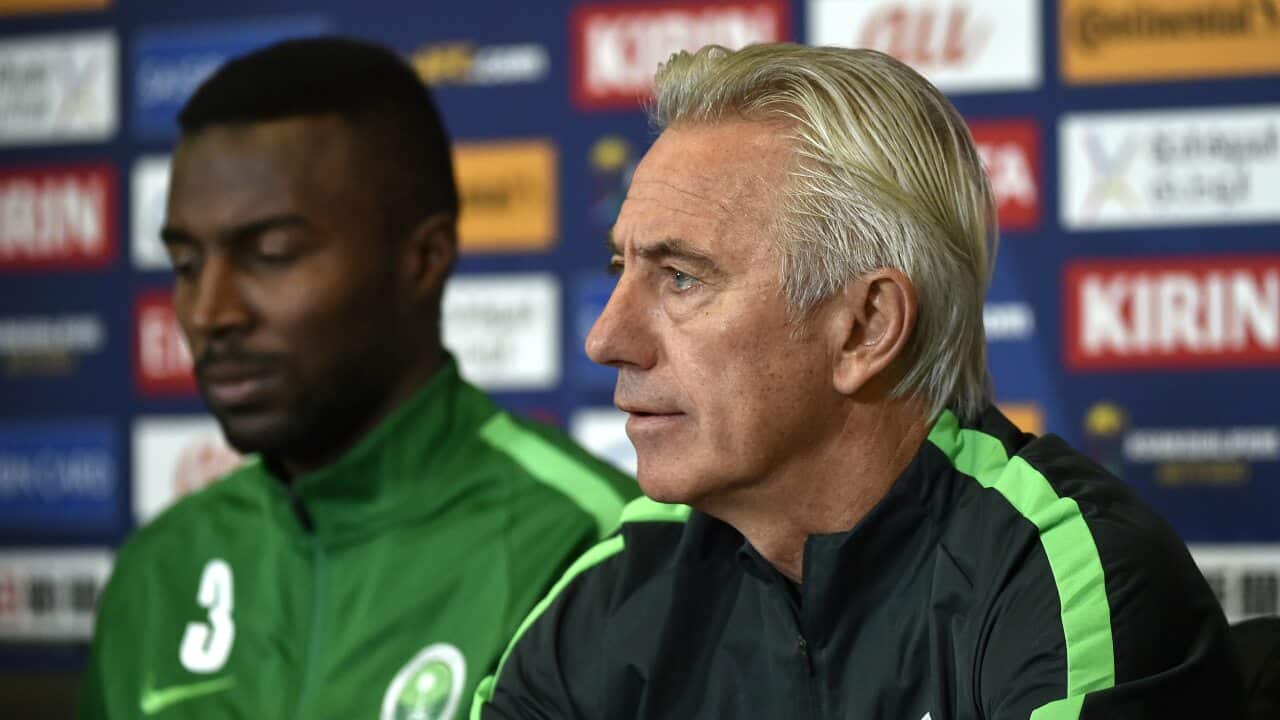 Coming after a 3-2 loss to key rivals Australia in June, Saudi Arabia manager Bert Van Marwijk said the defeat left his side with "a chance, but a very little chance" of returning to the global showpiece for the first time since 2006.

After this latest setback, the Dutchman told a post-match news conference: "I know that losing is a part of sport, but for me this is the most disappointing moment of the past two years, from the beginning till now.

The Saudis remain level on 16 points with Australia in Group B ahead of the Socceroos' match against table-topping Japan, who have 17 points, on Thursday.

Japan, who head to Jeddah to face the Saudis in their final tie next week, could secure one of the two automatic qualifying spots from the group with a win in Saitama, while Australia will be confident of beating winless Thailand in their last match.

Van Marwijk, who led the Netherlands to the 2010 World Cup final, thought his team had played the better football but failed to win the key encounters in Al Ain.

"I think in the second half we showed we could play football better than the opponent, but we lost too many duels, in the air and on the ground," he added.

"That is also part of sport. Not only playing nice, beautiful football, but also the rest. We didn't have that, and for me that was the reason we lost that game."

Third place in the group offers a passage to Russia via two playoffs and that is route that most realistically remains open to the UAE, who have 13 points going into their final match against Iraq in Jordan.

"The chance of qualifying is difficult, we depend on other results, but we will give it a try," UAE coach Edgardo Bauza said.

"We will try to win the game that remains which will not be easy and then see how the other results go and see if we can reach the playoffs.

"We are representing the whole Emirati football and so have to give everything."