SBS will expand its comprehensive football offering in 2017-18 by showcasing more world class women’s sport this summer with the broadcast of W-League and Matildas matches live, free and in HD to all Australians. 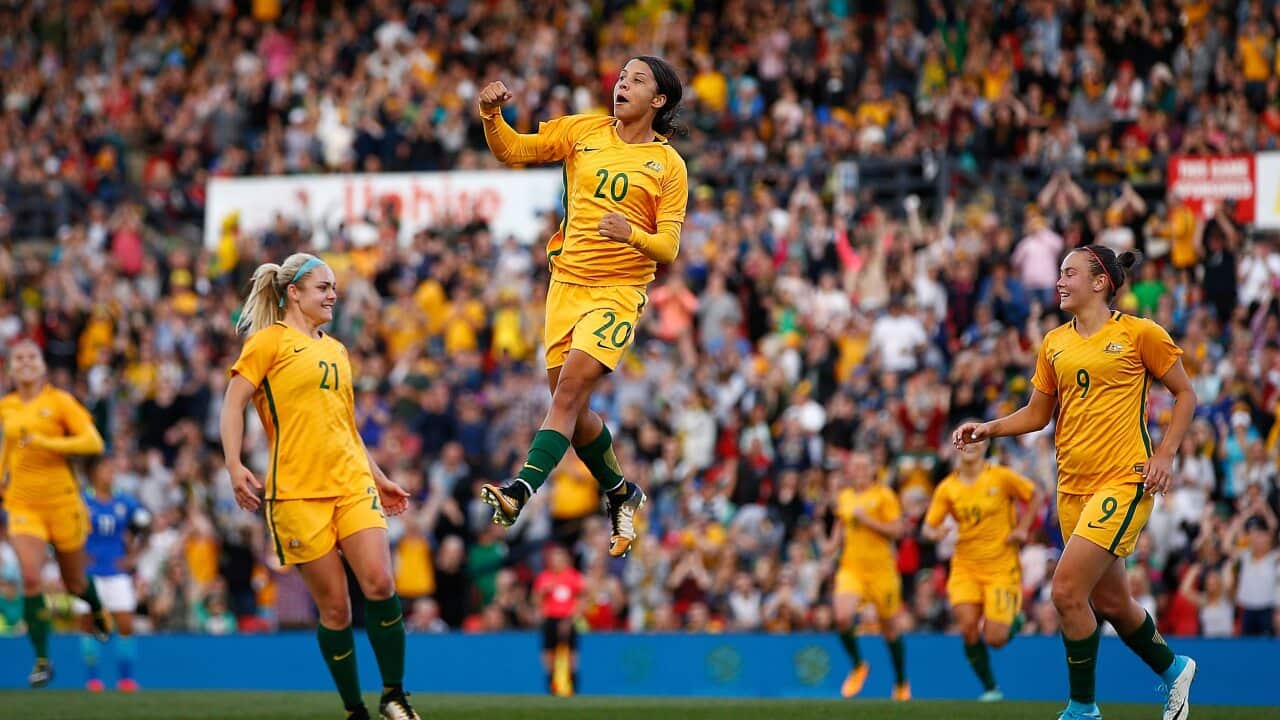 Announced today at the W-League season launch, starting October 27 and running until February 2018, SBS VICELAND will broadcast up to two W-League games each week, at 5pm Fridays and on Sunday afternoons, plus the semi-finals and grand final live, free and in HD.

Then, in November, SBS will broadcast the Matildas v China friendlies being staged in Geelong and Melbourne - hosted by SBS Football presenter Lucy Zelic - live, free and in HD on SBS and SBS VICELAND.

“We’re proud that women’s football has been in the schedule at SBS for over a decade, and we’re pleased to be partnering with Football Federation Australia and Fox Sports to bring more of these first class games to all Australians," SBS Director of Sport, Ken Shipp, said.

Advertisement
“The Matildas are in brilliant form right now and SBS is excited to continue our support of this world class team in the lead up to the 2019 FIFA Women’s World Cup France.

“SBS is incredibly passionate about our football heritage – we have been in the business of broadcasting ‘the beautiful game’ for over 30 years and we believe it is a sport that truly reflects our unique Charter by connecting Australia’s diverse communities.”

“The 10th season of the W-League is shaping up as the best yet. With the likes of Sam Kerr, Lisa De Vanna and Emily Van Egmond we have some of the world’s best players now coming to you every week on SBS," FFA CEO, David Gallop, said.

"I think we’ve hit a tipping point for women’s football and our partnership with SBS and FOXSPORTS will bring the game to more people than ever before.”

SBS’s football offering in 2017-18 also includes the biggest games in the world from Premier League, Champions League, 2018 Women’s U-17 and U-20 World Cups and the 2018 FIFA World Cup Russia starting in June next year.