Ellie Carpenter, the 16-year-old schoolgirl who has been selected for a dream trip to the Rio Olympic Games with the Matildas, said she and her parents all burst into tears when she opened the email that told her she was on the team. 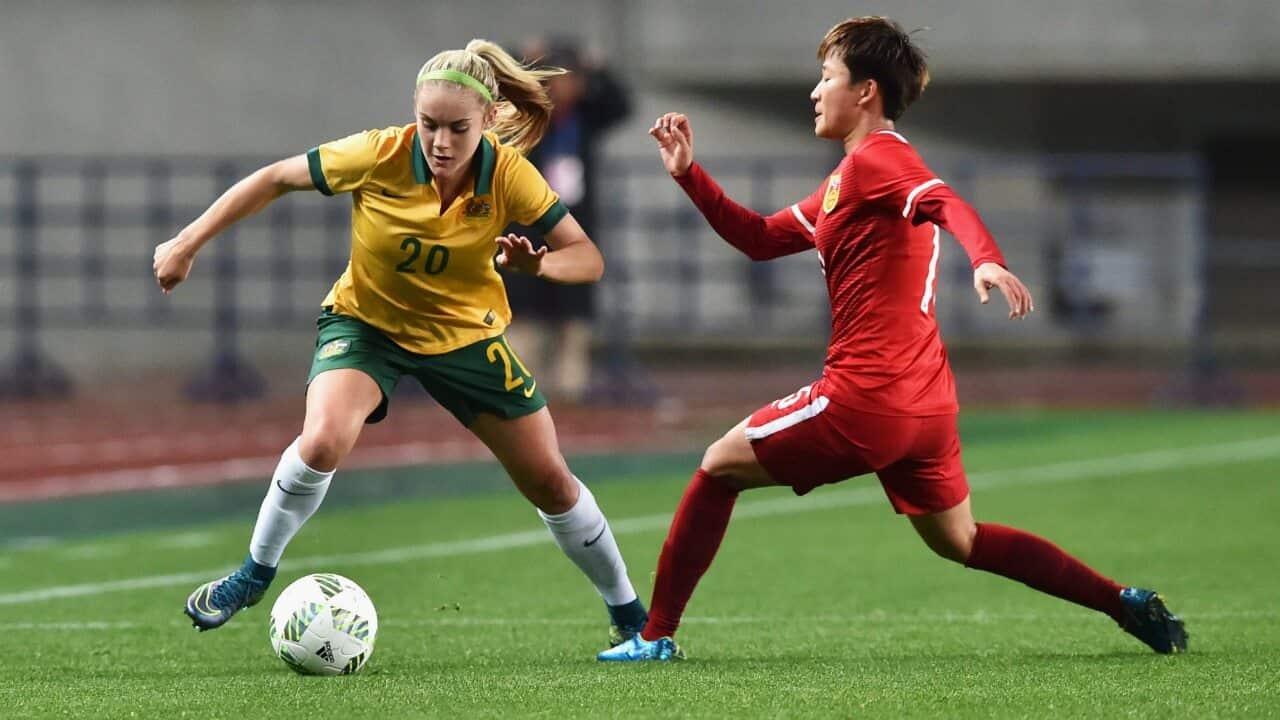 Carpenter told The World Game she arrived home in Sydney on Friday from a training camp at the Institute of Sport in Canberra in the knowledge that she would receive an email from the Australian Olympic Committee to tell her whether she was in or out.

Advertisement
In what is an indication of her bold nature, which promises to take her to great heights in football, she said that when the email dropped into her account she didn’t hesitate to open it, even though the news might have been bad.

“No, I went straight in and opened it,” Carpenter said. “It was an email to tell me yes or no, so I guess it was pretty daunting, but I wasn’t going to wait.

“I’d been checking regularly to see it if had arrived and then it finally did. It popped into the basket on Friday night and I was with my parents, who were waiting to hear the news as well.

“When I read it and it said I’d been selected in the team I burst into tears of joy and my parents were so happy and excited for me. They were crying as well. We were all pretty emotional.”

Carpenter, who plays as a defender for Western Sydney Wanderers in the W-League, said her parents, Belinda and Scott, had made plenty of sacrifices for her and that she was eternally grateful to them for that.

“I grew up in Cowra,” she said. “Mum moved to Sydney with me when I was 12, because of my football. I was getting ready to start going to Westfields Sports High at Fairfield and also join a squad at Football NSW. Dad stayed in Cowra to keep working.

“They’ve made big sacrifices for me - very much so. They have made it a priority to help me with my football, so I can achieve my dreams. It has all paid off, which is great, and I’m so grateful to mum and dad for that.”

Carpenter said she found it hard to keep the news a secret from her relatives and friends until the official announcement of the squad on Monday morning.

“It was confidential until Monday morning, so I had to stick to that,” she said. “But now everyone knows and I’ve had a lot of text messages and phone calls and emails today. I’m getting a lot of love and support from friends and family.

“I’m overwhelmed, it doesn’t feel real. I’m still pinching myself to make sure it’s really happening. It’s a dream come true for me - I’ve pretty much dreamt about this since I was a little girl.

“I first started kicking the ball around at three or four years old. I played with the boys until I was about 12 and then girls’ and women’s teams.”

Carpenter had been in the extended Matildas squad all this year and played in Olympic qualifiers and recent friendlies against New Zealand, so she was obviously well in the running to make the squad all along. But she refused to count her chickens ahead of it becoming a fact.

“I knew I had to work hard to give it my best shot at making the squad, so I did,” she said. “But you never count your chickens until you find out for sure.

“My big ambition is to go overseas in the future and play somewhere in Europe and maybe win a World Cup or the Olympics with the Matildas. It’s not out of reach for our team.”

Carpenter said she owed a lot to Matildas coach Alen Stajcic, who has nurtured her well.

“He’s been such a great coach and I just can’t thank him enough for everything he’s done for me,” she said. “He has given me a lot of advice as well as taught me so much to do with the technical side of things. He has mentored me very well.

“He respects me a lot and I respect him, and we get along very well.”

The Matildas leave for Brazil on Tuesday to continue their preparation ahead of next month’s Olympics.

“I’ve been overseas a few times, mainly with the youth Matildas and that sort of stuff,” she said. “But I’ve never been to the Olympics before. It’s just amazing. I can’t believe it and I can’t wait to get over there.”