Sensible Spurs a winning example for all

Seven points behind Chelsea as we enter the final month of the season, it is fair to say that Tottenham face an uphill battle in their quest to claim their first championship since 1961. 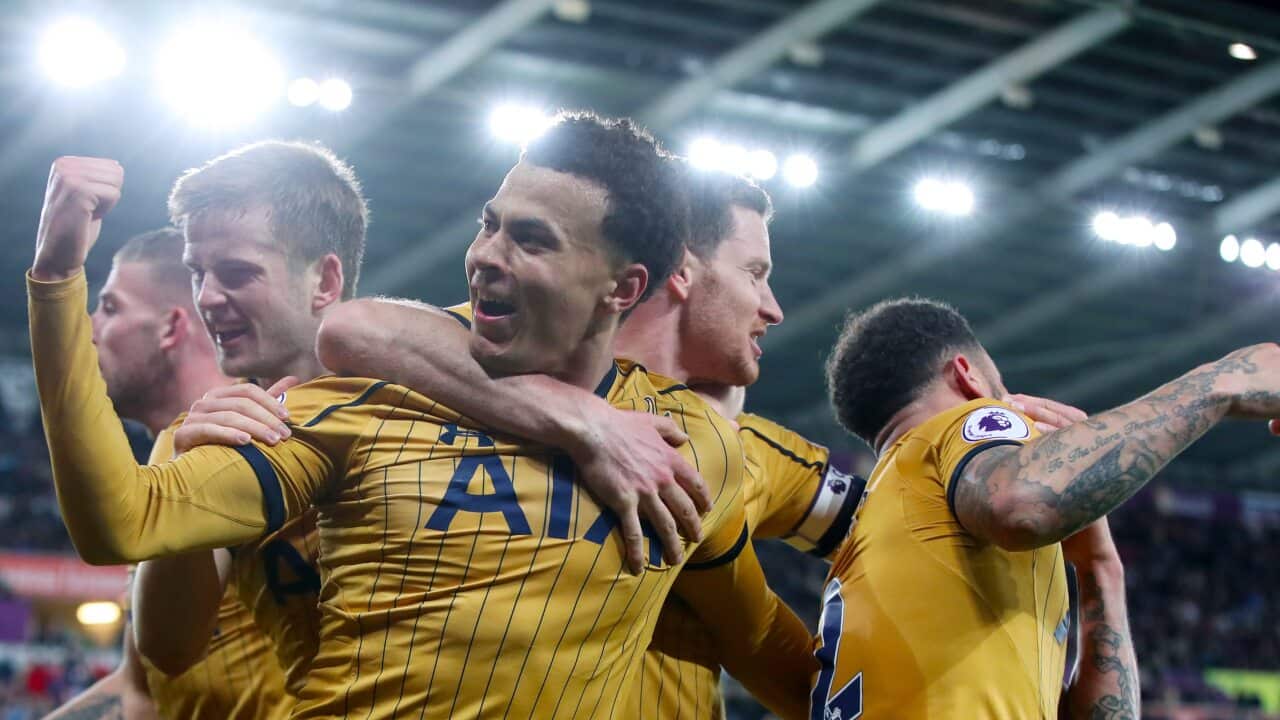 A win against Watford tonight (LIVE on SBS, 9pm) in the early kick-off could strengthen their chances, but only if the Blues fail to get the better of Bournemouth.

Plucky though the Cherries are, especially at home, too much is at stake for Antonio Conte’s men.

And so this will probably be the second season in a row that Tottenham have chased the title without actually winning it.

Advertisement
They should’ve finished second last year, but a last-minute stumble saw them fall back below Arsenal – for the 21st season. The shock (and shame, probably) of being eclipsed by Leicester City took its toll.

But while some will think Spurs could have pushed harder for a second year running, that’s a perspective which misses the wood for the trees.

That Tottenham have emerged as perpetual contenders, after years of being mid-table meddlers and Europa League maybe-men, is a minor miracle. Especially when one considers the riches the Premier League has been drowning in over the past decade.

Spurs – still of the same owners since Daniel Levy replaced Alan Sugar as chairman in 2001 – are now regulars in the UEFA Champions League, have a growing worldwide appeal, an unmatched collection of young domestic talent, and, perhaps best of all, a world-class stadium is just 14 months away (all things being equal).

Even going to Wembley has the potential to be a massive money-spinner and image-booster. It’s not finalised, but when it is, having 90,000 every week will be a brilliant opportunity. Imagine if they win the league there and have their new stadium ready? They’ll be locked in as England’s sixth mega-club.

Timing is everything in business, but the riches that have flooded the game haven’t always been used wisely across England. Speculate to accumulate is a practice adopted by all in England, but it is a zero-sum game. Every winner needs a loser. Most losers in the EPL are now floating around the Championship.

But Tottenham have created something rather unique. They are winning, but it’s not the blockbuster signings that are making them competitive. Quite the opposite.

It doesn’t feel that long ago that Spurs were squandering monster transfer fees or wages (sometimes both) on players like David Bentley, Darren Bent, Stephane Dalmat, Mido, Gilberto and Helder Postiga – players of quality, just not at the Lane.

Granted, there’s been expensive blunders since (Roberto Soldado for certain, arguably Erik Lamela and potentially Vincent Janssen) but the strike rate is getting better and better each year. And is there a club getting better value for their sub-£12 million ($19.8 million) purchases? Check this: Victor Wanyama, Hugo Lloris, Dele Alli, Christian Eriksen, Kyle Walker, Danny Rose, Eric Dier, Jan Vertonghen and Toby Alderweireld.

All are internationals and first-team regulars, with a combined transfer value of, give or take, £250 million ($412 million). And when you’ve got a £70 million ($115 million) striker for free (Harry Kane), the books are looking tidy indeed.

One of my favourite blogs in the football world, The Swiss Ramble – a brilliant, incisive view on the finances of the sport – confirms Spurs’ smart spending.

Of the big six clubs, Spurs’ wage budget has only gone up nine per cent in five years (that’s roughly inflation). Liverpool have gone up 79 per cent; the same amount as Manchester United. Even the supposedly 'frugal' Arsenal, in third place, have gone up 71 per cent.

Even more incredible is that Tottenham were the only Premier League club to have recorded a reduced wage bill in 2015-16, a year they probably should have won the title.

In fact, there’s metric after metric that confirms Spurs’ superb financial management: they were only bettered by Chelsea in terms of transfer fees received (£198m to £188m) over a five-year period. It goes on and on.

All this has been completed against a backdrop of commercial frustration: White Hart Lane doesn’t produce big returns because of its size and lack of corporate facilities. Spurs haven’t always made the Champions League, either. Nor have they been whipping up a frenzy with a flash new manager or sparkling new signing.

Indeed, when they do move to their new stadium, and if they can keep this incredibly talented squad together – with their incredibly talented manager, Mauricio Pochettino – there is a real possibility that this isn’t just a flash in the pan. Especially given that London can easily accommodate (and is arguably crying out for) a third giant club.

Once lampooned for never fulfilling their potential, Spurs might be on the cusp of seeing how much of it they really have.