Serbia give caretaker coach fine start with victory in China

Serbia caretaker coach Mladen Krstajic enjoyed a winning start in his first game in charge as goals by Adem Ljajic and Aleksandar Mitrovic gave them a 2-0 win over China in Guangzhou. 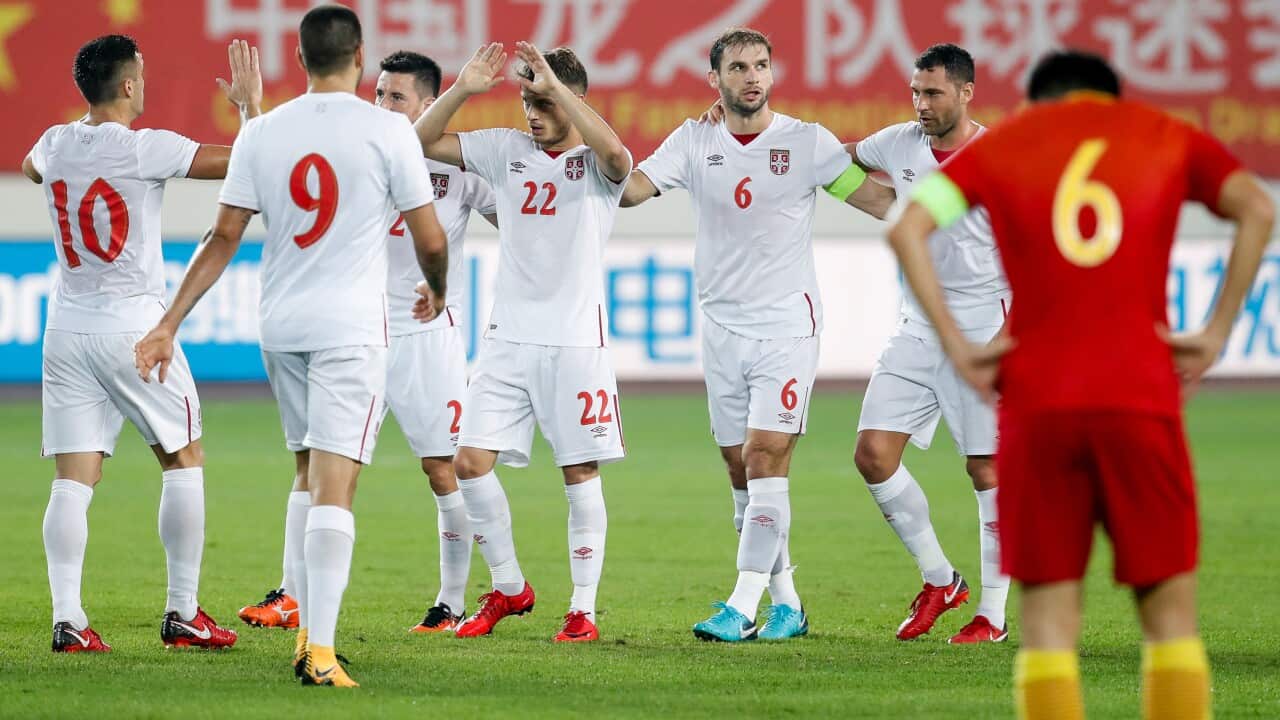 Krstajic, who took over from Slavoljub Muslin who was sacked after Serbia qualified last month for next year's FIFA World Cup, fielded a revamped formation which showed plenty of attacking guile but continued to look vulnerable at the back.

Talented forward Ljajic, one of Krstajic's starters cold-shouldered by Muslin, fired the visitors ahead after 20 minutes with a sharp follow-up after Dusan Tadic had two close-range shots blocked by China defenders.

Switching to a four-man defence from Muslin's preferred 3-4-3 formation, Serbia still struggled at the back and were rescued by three superb saves from reserve goalkeeper Predrag Rajkovic before Mitrovic added the second.

Advertisement
The Newcastle United striker had three efforts clawed out by keeper Yan Juling before he beat him with a firm downward header after an excellent cross by Andrija Zivkovic.

Serbia end their Asia tour with a game against fellow 2018 FIFA World Cup participants Korea Republic in Ulsan next week.