David Silva has insisted Manchester City's players are "very happy" with manager Manuel Pellegrini ahead of City's crucial trip to Arsenal in the Premier Legaue. 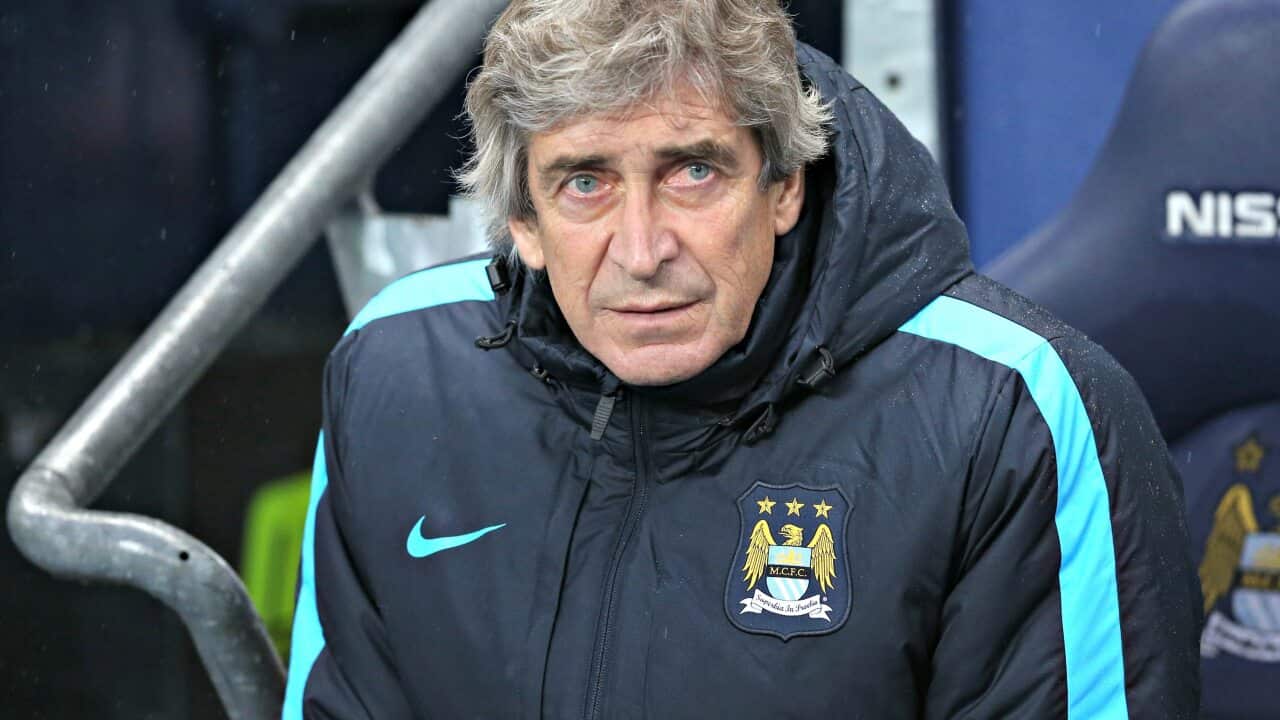 Manchester City boss Manuel Pellegrini still has the full confidence of his players, according to David Silva Source: AAP

Pep Guardiola has long been linked with the Etihad Stadium post and that talk will only increase after Sunday's announcement that he will leave Bayern Munich at the end of the season.

Advertisement
Pellegrini insisted last week such talk did not bother him and Silva claims the players will not be affected by ongoing speculation.

"We are all very happy with Manuel and it is not something we look at," the Spaniard said.

"We look at the day today and not what is going to happen in the summer."

City - who won the Barclays Premier League and Capital One Cup under Pellegrini in 2014, but nothing last season - are currently third in the table, just behind second-placed Arsenal.

Monday's match could prove critical to the title race and, although keen to emphasise the contest will not "define" anything at this stage, Silva has no doubt Arsenal have "everything they need" and - along with surprise package Leicester - are City's "direct rivals".

The 29-year-old has also expressed his admiration for Arsene Wenger's dynamic side, and admits if City do not win the league, he would be happy to see the Gunners take the title.

"You always feel more attracted to people who play the way you play," said Silva, speaking at a promotional event for the Anfi Group, the Gran Canaria-based vacation membership company for which he is an ambassador.

"If we don't win it and Arsenal win it, it will be good. But we are here to win it ourselves."

Wenger certainly believes the Gunners have the wherewithal to fight for the title this term.

Arsenal have been questioned in the past about not being up for the fight required to win silverware on a regular basis in recent seasons.

Back-to-back FA Cup triumphs have put them back on the winning track and, as well as making the last 16 of the Champions League, they are right in the title picture once again.

"But I believe now we have shown that what we did at Olympiacos is not a team of no character.

"You need to be special to achieve that. We won the FA Cup in the last two seasons and you need character to win the FA Cup. Everybody would love to do it every year.