Gosford gun Matt Simon is heading back for a third stint with Central Coast Mariners after agreeing to terms on a two-year deal. 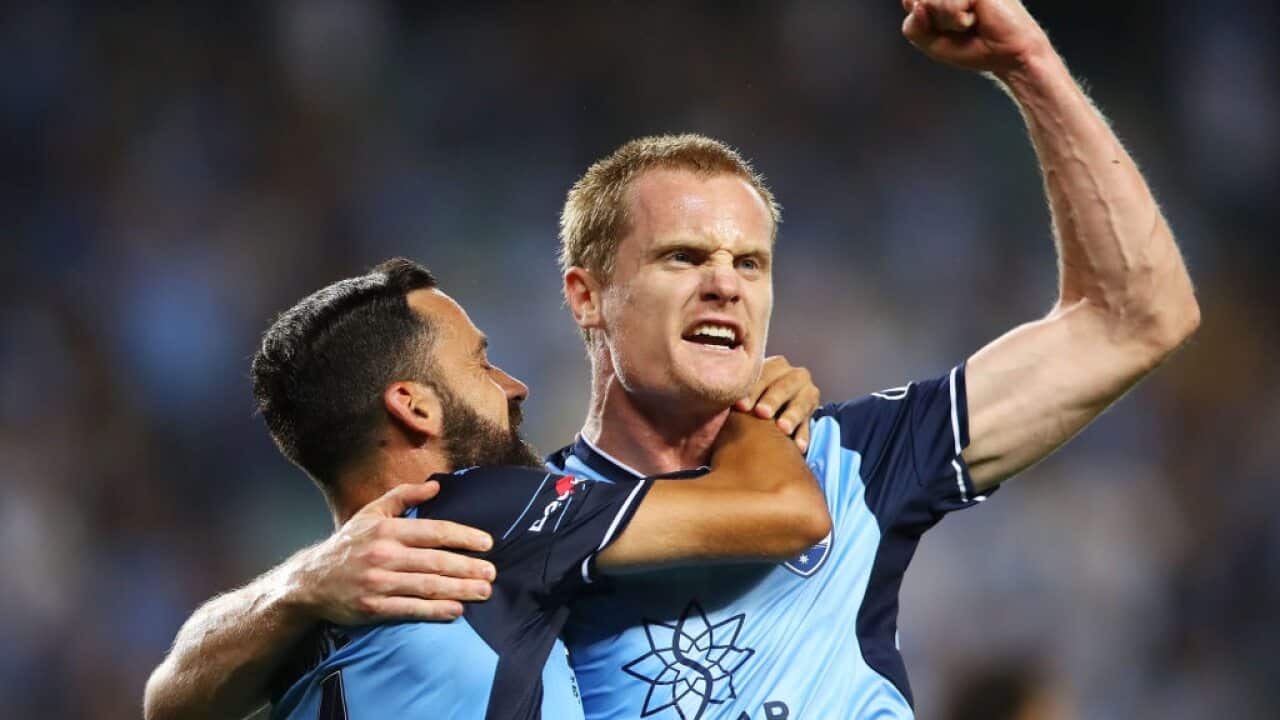 The 32-year-old local legend, who won an A-League premiership with the Mariners in 2008, is off contract after three seasons and two premierships, a championship and an FFA Cup with Sydney FC.

He made 67 A-League appearances for the Sky Blues - 54 of which were off the bench - scoring five goals.

But it’s his physical presence and ability to intimidate defenses which has prompted new coach Mike Mulvey - who last week snared fellow attacker Corey Gameiro - to bring Simon back to his roots.

He struck 41 goals in 107 games for Central Coast over six seasons, making himself a folk hero among fans - and the highest scorer in the club’s history.

While Simon is on his way in as part of a post-season clearing of the decks at Sydney FC, promising midfielder Lachlan Wales is on his way to Melbourne City.

The highly regarded Mariners junior, 20, made 10 A-League appearances for the wooden spooners this season and the club fought hard to keep him with the offer of his first senior contract.

The Mariners declined to comment when contacted by The World Game.