Matildas and Sydney FC star Kyah Simon said she decided to withdraw from the second year of her contract at Boston Breakers because of the need to freshen up and possibly clear the way for a shoulder reconstruction. 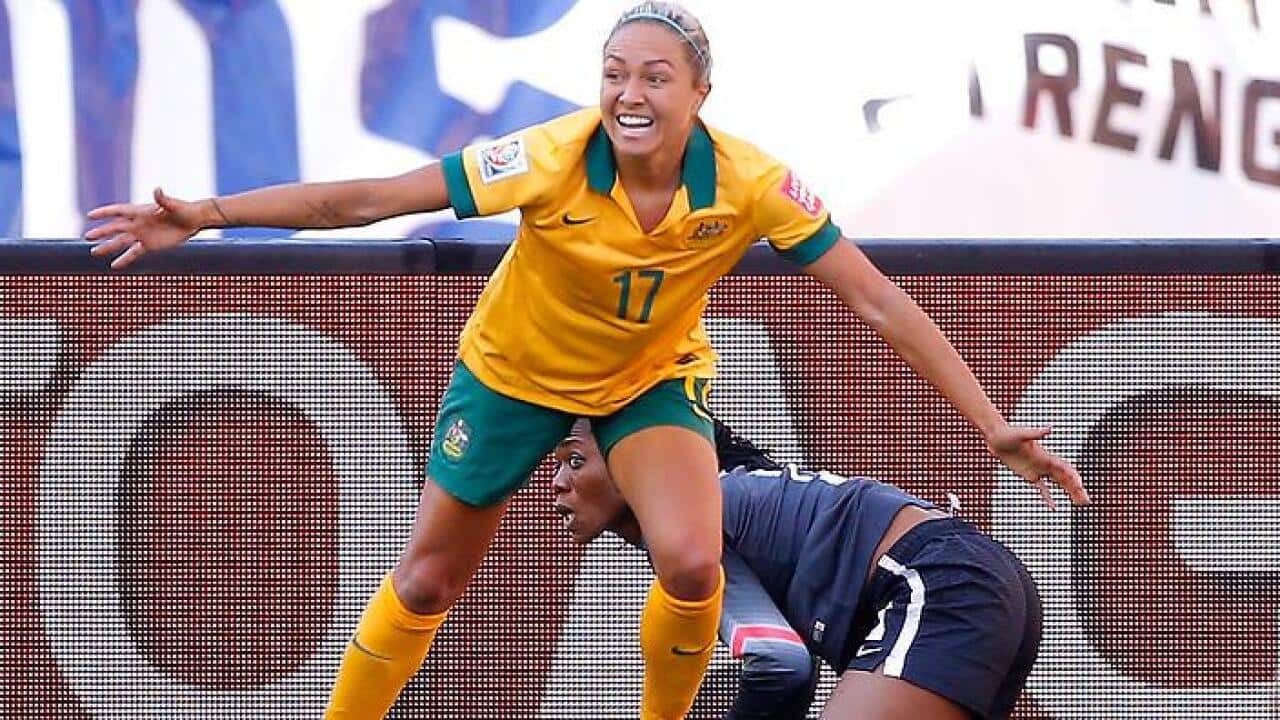 Simon told The World Game she had put up with partial and full shoulder dislocations for "a fair few years" now and that it had reached the stage where she had to seriously consider an operation.

"The main thing for me this year is a freshen-up," Simon said. "I've got a lot of clarity around my decision to stay here this year and get my body right.

"There is the potential for shoulder surgery, so that's a discussion as well. I've had a dodgy shoulder for a fair few years now and it seems to dislocate every now and again.

Advertisement
"Both my right and my left shoulder initially started sub-luxing (partially dislocating), but now it's a complete dislocation. The most recent time was a few weeks ago against Canberra. It dislocated in that game and I just kept going.

"It gets put back in. It happened in the World Cup in 2011. A lot of people don't know what's going on when I've been hurt, but it's my shoulder that pops out."

The 25-year-old clearly has a high pain threshold when you consider how many times she has experienced dislocations.

"I'm thinking of having a reconstruction on my right side, which is probably the worst," Simon said.

"My left's not too bad at the moment, but the right is bad. It has probably happened at least 15 times, which obviously isn't great, and it's getting to the point where it's affecting my game physically and I'm unable to hold players off because it might pop out.

"It's definitely affecting my football and that's a discussion to have and if there's a year to have a reconstruction it would be this year because it's a relatively quiet year for the Matildas."

Simon said she was sad not to return to Boston for this year's National Women's Soccer League, starting in April, but that she knew it was the best decision for her.

"I was contracted to go back and I had a discussion with the coach, Matt (Beard), and the club and I think looking ahead to the next four-year cycle with the Matildas and how full-on it's going to be I need a physical and mental break from travelling," she said.

"It gives me the ability to focus on my individual game and the rest of the W-League season here in Sydney and then Matildas camps in February and games in March.

"It's sad I'm not going back. I love the club and the city of Boston and the team, but I've made my decision and I know it's the right one."

Simon was speaking at a promotion in Sydney on Thursday, where she was joined by Collingwood AFL player Moana Hope and Nike trainers to announce the team of NikeWomen athletes, an initiative that Nike says aims to inspire women to train with purpose and embrace sport.