A second half goal from striker Kyah Simon secured the Australia a 1-0 win over Korea Republic in their international in Incheon on Sunday. 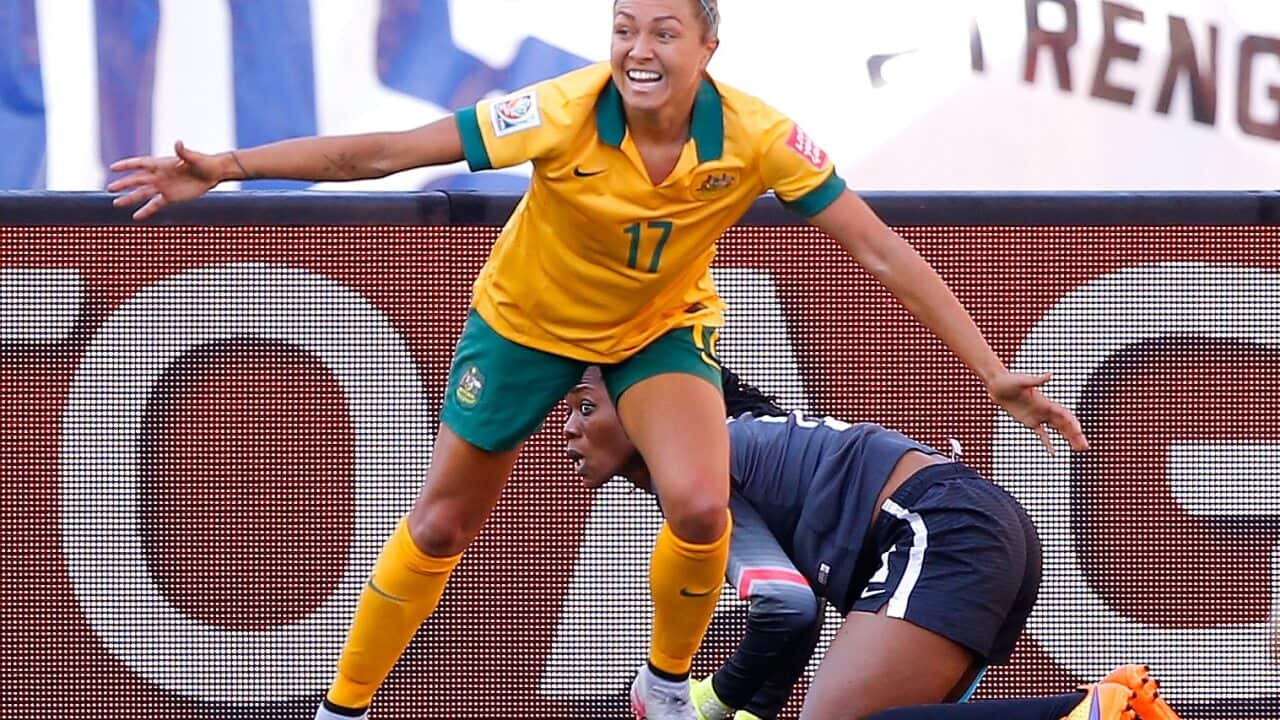 Kyah Simon was on target for the Matildas in Korea. (Getty) Source: Getty Images

Simon’s winner, her 15th goal for her country, came in the 67th minute following some sustained pressure and a dominant opening 45 minutes from the Westfield Matildas.

In what was most likely the Matildas’ last international match before the Olympic qualifiers in February, the result and performance gives the squad confidence ahead of the qualifying tournament of which Korea Republic is one of the countries that will vie for one of two prized spots in Rio de Janeiro next year.

Advertisement
After an indifferent couple of performances in their most recent internationals against China and England, Matildas coach Alen Stajcic was pleased with what he saw from his team against Korea Republic and the progress being made.

“We played a lot better today than we did against China and England in our last trip,” Stajcic said.

“I thought we dominated the game for the most part and certainly had the better of the chances and the possession. They caused us a few problems at times but the players handled themselves really well.”

“Caitlin Munoz came in and did a good job and Laura Alleway and Alanna Kennedy showed some good signs as a defensive pairing at the back.”

“This performance and the time we’ve had together over here (in Incheon) certainly puts us back on track towards the qualifiers in February. There is confidence in the group again, there was a real improvement in the levels at training in what were cold and tough conditions, something we’ll have to deal with at the qualifiers, so it was a good experience for us all round.”

The squad arrives back in Australia on Tuesday morning.