Simon Yates (Team BikeExchange) secured his overall win on the final stage of the Tour of the Alps with his BikeExchange teammates neutralising a dangerous breakaway before Felix Grossschartner (BORA-hansgrohe) took the win solo. 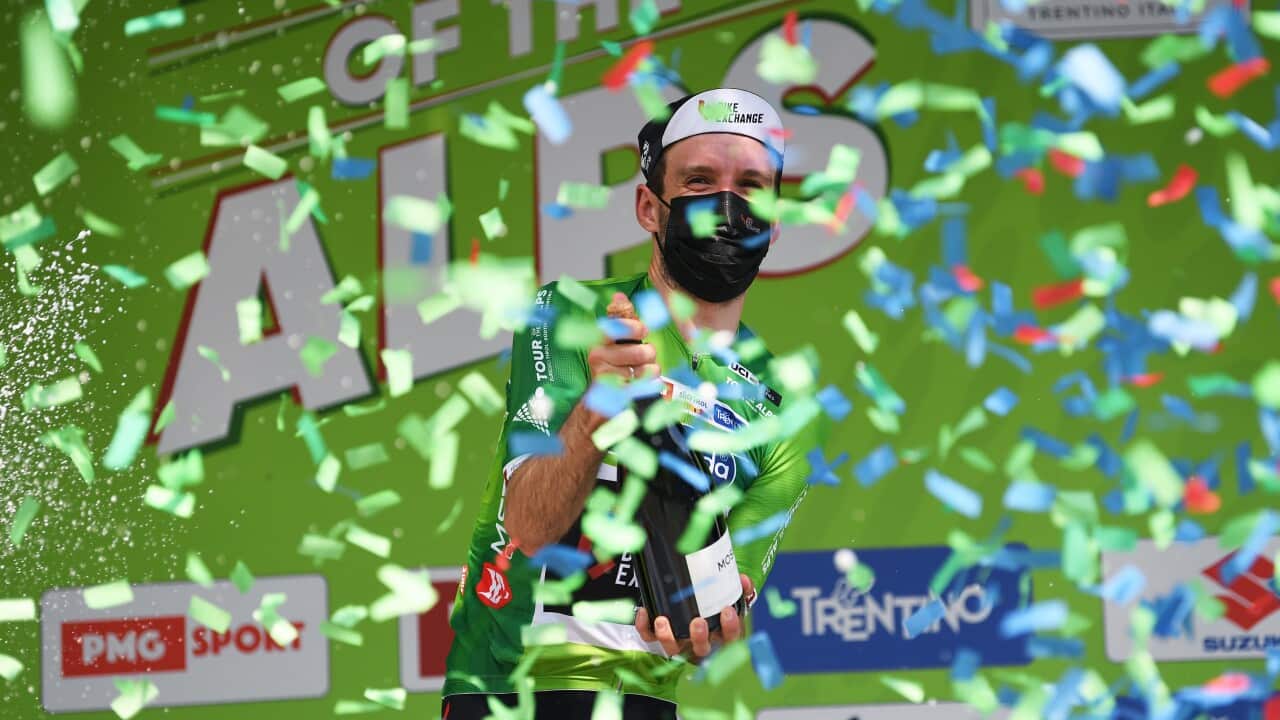 Simon Yates of Team BikeExchange wins the Tour of the Alps Source: Getty

Dan Martin (Israel Start-Up Nation) was among a 16-rider breakaway on the short and hilly 120.9km finale, Martin had slipped to 14th overall after a crash on the tricky descent on the previous stage but was still dangerous at four minutes down on GC.  Yates’ Team BikeExchange teammates worked hard to keep the race under control on the two laps of the Riva del Garda finishing circuit, with Martin relinquishing his spot in the group as it became clear that he wouldn't be able to move up the standings.

Grossschartner survived the selection in the break on the first ascent of the circuit’s climb, the Lago di Tenno, before attacking and going solo on the second. He maintained his lead on the ten kilometre descent back into Riva del Garda, winning by a comfortable margin.

Advertisement
Yates crossed the line within the peloton and secured the overall Tour of the Alps victory.

“It feels really fantastic,” said Yates. “The team did a great job today, controlled it at the start, rode all day, then in final they were fantastic.

“It was a short day and there wasn’t so much action from the GC but it was still a hard day, with a lot of stress, and with a descent to the finish it’s always nervous.”

Yates will head to the Giro d'Italia as one of the favourites and spoke to his form ahead of the Italian Grand Tour.

"I feel good," said Yates, "now we just need to look after ourselves, try not to get sick, try not to get injured and try to arrive to the Giro d’Italia in the best possible shape.”