Which players in the A-League, who either haven't represented Australia yet or at least haven't for a while, deserve at least some consideration for the 2018 FIFA World Cup qualifiers in March? 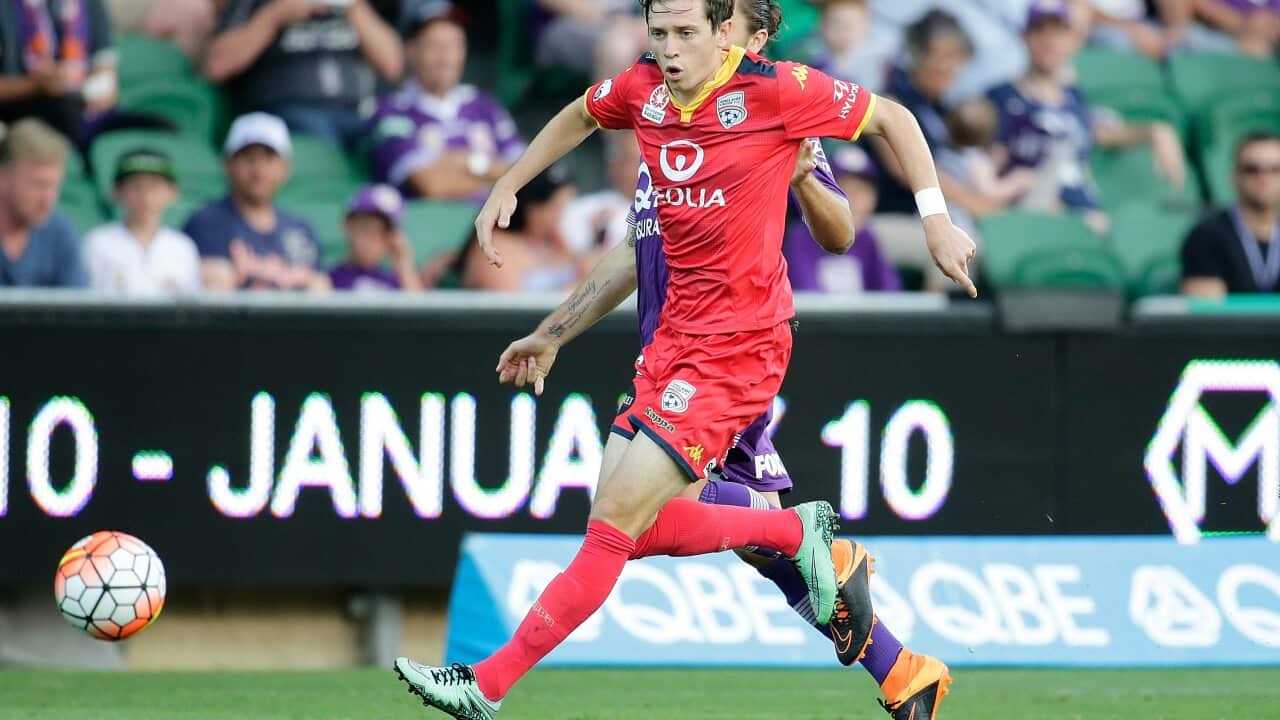 The World Game has come up with a list of six, taking into account form this season, reputation and potential.

It isn't easy to break into the Socceroos squad at the moment, but coach Ange Postecoglou keeps a close eye on what is happening in the domestic competition and would be right up to date with who are the form established players and the younger players showing most promise.

Advertisement
Some of our six are capable of playing for Australia now, while for others being in the squad for the qualifiers against Tajikistan at Adelaide Oval on 24 March, and against Jordan at Allianz Stadium five days later, would be a valuable learning experience.

For several years at, first, Newcastle Jets and then his current club, Goodwin alternated between wing and fullback, but it now appears that under Adelaide's first-season coach Guillermo Amor he is a winger only.

That is the best result for Goodwin. He is a supremely confident attacker who is very good at either running the ball into the box or crossing it. He is developing a real 'whip' to his crosses now that is making life very difficult for the defence.

Goodwin is dangerous while taking free-kicks and has chimed in with a few goals. He has settled into a groove and is one of Adelaide's best players every week.

Maclaren is going to be a Socceroos player eventually. Postecoglou has mentioned him before as a player of the future at international level, so they may as well get him into the system now.

The 22 year-old has been on a goal-scoring spree since late last season, when he finally got to start several games for Perth Glory after having mostly come off the bench previously. He banged in a few goals then and has continued to stick them away regularly for his new club.

There is no hesitation in Maclaren's game. When he gets the ball inside the box he immediately sums up the situation and shoots.

The form Nichols has displayed this season is his best ever - even better than when he was a young player under Postecoglou's care at Brisbane Roar.

Nichols had the fine touches then, but he tended to drift in and out of games. Now, after a brutal off-season under Western Sydney coach Tony Popovic, he is the fittest he has ever been and ranks as a consistent 90-minute threat.

Playing in a very proactive set-up, he goes forward with plenty of confidence and is both scoring goals, eight so far this season, and racking up assists. Postecoglou would surely be impressed.

A very calm and composed defender who was signed to Victory by Postecoglou when he was coach there. Postecoglou had seen Geria emerging in the youth team at Brisbane Roar.

There is obviously no shortage of stars at Victory, but Geria broke into the first-team despite still being young and has become a regular on match days over the last couple of years. His link play with those ahead of him on the right-hand side is quality.

Similar to Maclaren, Geria has been groomed at Australian Under-20 and Under-23 levels. It seems only natural that he will eventually break into the senior side.

He has, of course, been a part of the Socceroos fold before, although when Postecoglou took over he left Zullo out of the squad for the 2014 FIFA World Cup.

Zullo then tore his ACL during pre-season-training with Dutch club FC Utrecht, so it has been a tough road for him in the last couple of years.

His 2013-2014 season with Adelaide United, while on loan from Utrecht, wasn't his best and no doubt contributed to his missing out on World Cup selection, but at City this season he has been much more like the player we originally came to know.

Recently playing at wing-back in coach John van't Schip's 3-5-2 formation, Zullo has run his backside off in a bid to cover the combination of defensive and attacking duties, and we all know Postecoglou likes his full-backs being able to get forward.

He will be widely viewed as a surprise inclusion here and that is fair enough - O'Neill is still working to force a regular starting position at his new club after coming from Perth Glory.

But look closer and you will see a player of the future, who is tough, has skill and can anchor a team. O'Neill is developing a genuine presence and maturity well beyond his years.

Last month, O'Neill was brought in to make his debut for the Australian Under-23 side in the AFC Championship that doubled as the qualifying tournament for this year's Olympic Games. Unfortunately, the Olyroos didn't qualify, but O'Neill was one of their best players.