Six free-agents who could be A-League marquees

Five years ago the A-League buzzed with excitement as the likes of Alessandro Del Piero, Shinji Ono and Emile Heskey joined as marquee players, but now Tim Cahill stands alone as the household name. Here are six free-agents that could have a major impact on the league as marquee signings. 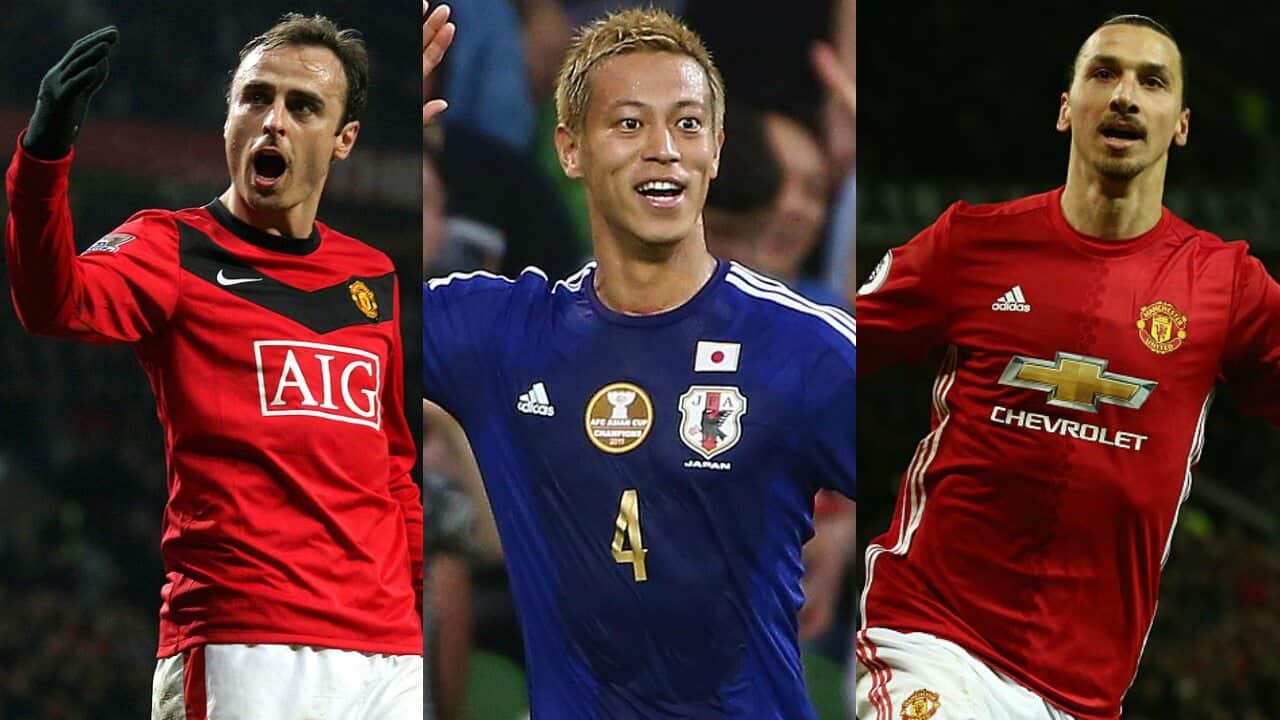 One of the biggest names in Asian Football in the last decade, the Japan international is now a free-agent after Milan chose not to re-sign the 31-year-old attacking midfielder

Honda could replicate the huge impact compatriot Shinji Ono had on the A-League during his two season stay at the Western Sydney Wanderers.

Advertisement
Adept at playing as a primary playmaker or out wide, Honda is known for his speed, quick thinking, dribbling skills and accuracy from set-pieces.

Named the most valuable player of the 2011 AFC Asian Cup after his Japan team took out the title, Honda has in incredible record for Samurai Blue scoring 36 times in 90 appearances. He also has played 254 games in Europe throughout his career at VVV-Venlo in The Netherlands, CSKA in Russia and Serie A's Milan.

Honda has been linked to the MLS and is training with Orange County Soccer Club in California while he decides on his playing future.

World renowned striker Dimitar Berbatov has been linked with the A-League before but with the prolific striker still on the open market, now is the time for and Australian side to make a move.

The Bulgarian was once one of Europe's premier strikers and has scored an incredible 212 goals over a career spanning seven clubs and 494 games.

Berbatov was one of the stars of Manchester United's run to the premiership title in 2008-09 and 2010-11 while also taking out the Premier League golden boot award with 20 goals that season.

While his languid style has often been mistaken for laziness, not many players have shown the technical ability, finishing and vision as Berbatov did throughout his career.

While at 36-years-old, his best years might be behind him, Berbatov still proved he had an eye for goal during his time with his last club PAOK in Greece.

Keane has been playing in the MLS for the last five seasons where he scored an impressive 105 goals and produced 43 assists in 170 matches.

In his last season for La Galacy he scored 12 in 23 games, and as a number 9 would entertain the crowd with his ability to find the back of the net.

The Irishman is well known for his spells with Tottenham, Leeds, Liverpool and at one stage Inter Milan.

The 36-year-old is rumoured to be weighing up a return to the Championship in England, with Birmingham reportedly interested, but with plenty of A-League sides looking for a proven goalscorer, Keane could proved incredibly valuable.

Once Arsenal's record signing, when he joined in 2004 from Sevilla for $30M, Reyes is another free agent on the market.

The 33-year-old has played 348 matches in La Liga for clubs such as Real Madrid, Atletico Madrid, Sevilla and Espanyol.

It was at Espanyol where Reyes most recently played, finishing last season with 21 appearances, three goals and four assists in Spain's top division.

In his prime, Reyes was an exciting left-winger capable of creating chances or scoring himself with his brilliant close ball control and killer instinct.

Almost as well known for his goals as he is for his iconic rats-tail haircut, the Argentine striker has recently left Inter Milan after making 20 appearances last season.

The 35-year-old has shown throughout his career his versatility in playing a number of different roles while still being able to find the goal.

A former Argentina international, including being a part of the squad that made the 2014 World Cup final, Palacio would no doubt generate a buzz around the league.

No doubt this would be an A-League fans dream to see one of the most iconic players of his generation play around the country.

An unforgettable character both on and off the field it would be an incredible coup if any A-League team was able to pick up the former Manchester United striker.

However given the size of his profile, the salary he would command is likely to prove beyond an A-League club, hence why he is at the bottom of our list.

The 35-year-old is currently recovering from a serious knee injury which is likely to keep him out until late 2017 with some wondering if he'll ever be the same, but no doubt if an A-League club had the chance, it would be worth the risk.