Six of the best alternative Paris-Roubaix

Paris-Roubaix is simply unrivalled as a single day bike race and as a sportive challenge, but it certainly isn’t the only rough and dirty ride out there. 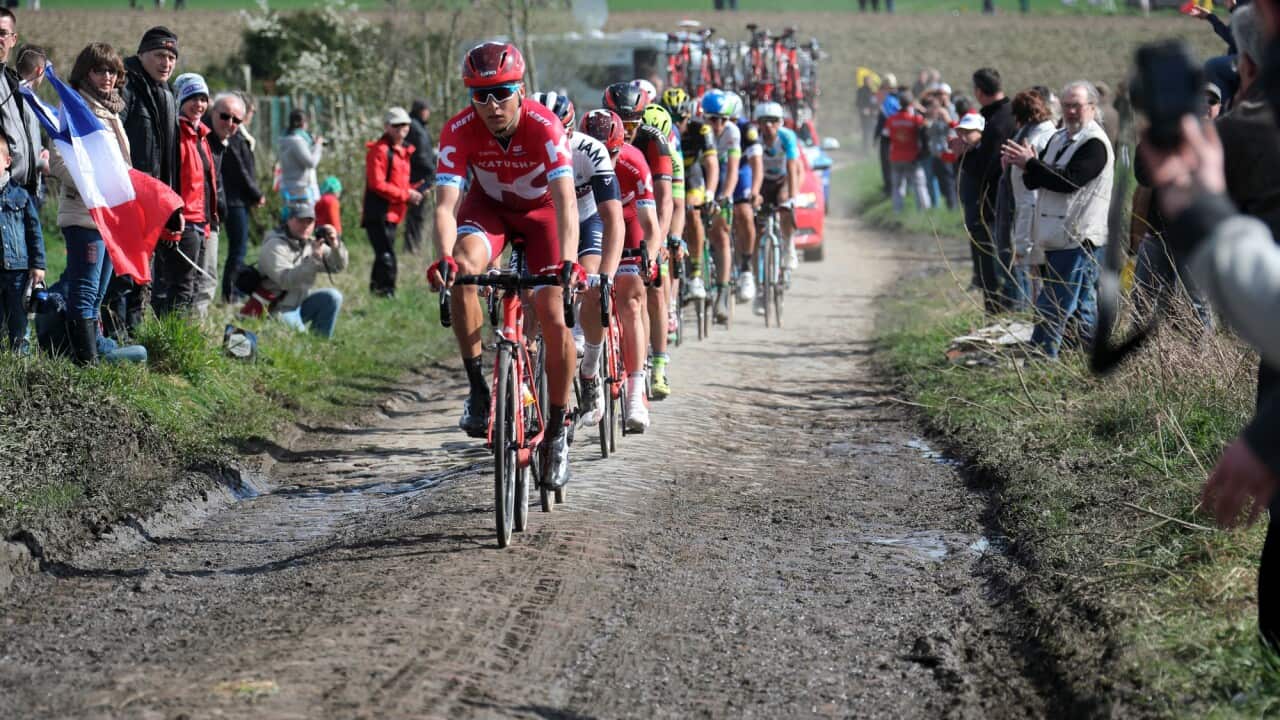 As the Queen of the Classics hits the hard stuff you may be left dreaming of riding those hallowed cobbles yourself or simply yearning to watch more dirty suffering bike racers.

Gravel grinders have become the hottest thing since long black socks in cycling terms, and there are now some truly epic gravel challenges around the world, especially in the USA, where they seem to have developed an understandably unhealthy addiction to taking skinny wheeled bikes to places that push the boundaries of even full suspension mountain bikes.

However, (at least for the moment) we’re not going to talk about these modern twists and turns and will look more to established classic rough rides and tributes to the great race its self – some you can ride, some you can’t (unless you’re a pro).

Held on the weekend following the Paris-Roubaix this is a classic 200-km Breton race along farm roads and tracks.
The race may not get the same acclaim as its older French cousin, which is a real shame – as many riders rank it as even tougher and more twisted that Paris-Roubaix, and its list of victors is pretty impressive, one that includes Mark Renshaw in 2006. There is also a cyclosportive version held on the day before the event.

Denmark has turned out its fair share of great bike racers over the years, and is famous for its urban cycling infrastructure – yet you don’t tend to hear too much about its great races.

The GP Herning is Denmark's countries answer to Paris-Roubaix, and it takes place two weeks after the French classic. Most of the “great Dane’s” have won this 200km race at some time during its 20-year history, with foreigners hardly getting a gaze from the top slot of the podium.

HELL OF THE NORTH COTSWOLDS, UK

As a road bike event this quintessential British classic borders on the insane, which is why the majority of riders these days turn out on mountain bikes. The event started out 33-years ago, in the hilly and muddy Cotswolds region of Southwest England. Local club riders shook together a cocktail of their favourite lanes and trails to make a very tough challenge, one that on a rough day is tough to finish. It’s a true grassroots old school killer and one that is widely overshadowed by bigger commercial events. The event takes place on the 19th of April this year.

Billed as the UK’s answer to Paris-Roubaix the CiCLE Classic has established its self as a major player on the UK race scene, and also attracts many continental teams. Based on a multiple mash-up of rolling circuits the route takes in everything from narrow country roads to open farmland and is brutal when wet. There is also a sportive version held on the day before the event. This year’s race happens on the 23rd April.

The mile high city of Boulder in Colorado is America's undisputed cycling capital and has a thriving scene to go with it.  Situated on the Front Range of the Colorado Rockies means that it’s a place of pilgrimage for climbers – although it’s famous network of dirt roads attracts just as much adoration. It’s these flatter dirt roads to the north of town that play host to this annual tribute race come ride. Around 1,000 riders show up for the circuit based race, which happens on the same weekend as their French race inspiration.

Looking for a little rough justice closer to home? The annual Melburn Roobaix could be a fun alternative with a twist. This event is a ride that has a strong fun marinade to it. Backstreets, cycle paths, cobbles and dirt are all in the mix, and you get your own map to track them down with, and it even finishes up on a velodrome too. The 2017 ride happens on the 25th of June