Perth Glory were far too good for Newcastle, condemning the 10-man Jets to a 6-1 defeat at Hunter Stadium in Newcastle. 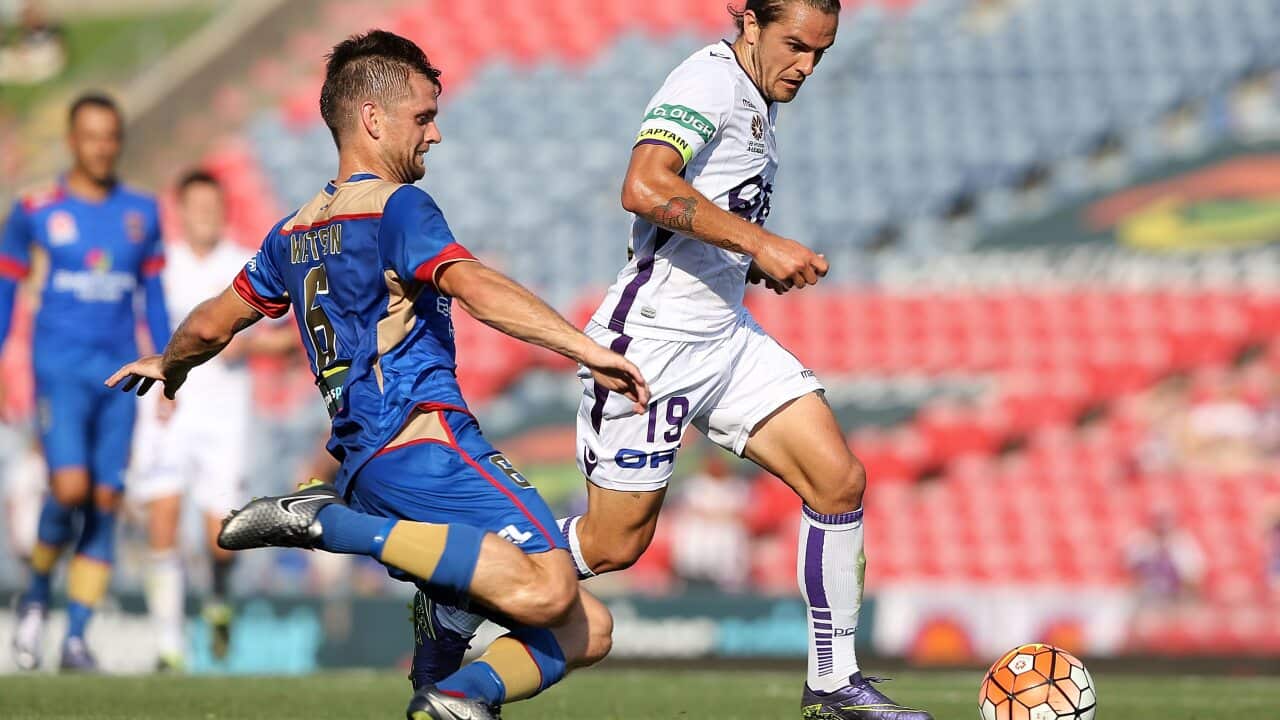 In fairness to Perth, the game looked over even before Nigel Boogard's brainless sending off - his eighth in the A-League.

As it were, braces to Chris Harold and Diego Castro, an embarrassing own goal by Daniel Mullen and a thumping header from Alex Grant did the job, after Milos Trifunovic opened the scoring for the Jets.

Advertisement
By full time his opener seemed a long time ago indeed.

It was the Jets who started on top and some of the interplay between Trifunovic, David Carney and Ryan Kitto was superb.

Carney, unsurprisingly, was the provider, whipping in a corner which Trifunovic headed in at the near post to give the home side an early lead.

Perth hit back only ten minutes later when Harold somehow got between the Jets' twin towers Boogard and Mullen to head home the leveller.

From there it was all one way traffic.

Castro embarrassed Lachlan Jackson before finishing past Mark Birighitti in the last minute of the half and only moments later, Boogard, who was lucky to escape red for a challenge on Harold, saw it for another foul on Josh Risdon.

It was a reckless moment of ill-discpline from Newcastle's skipper, especially so soon after going 2-1 down.

Mullen's body shape was all over the place as he found the back of his own net only minutes into the second stanza, before Harold added his second with a laser-accurate finish after Nebojsa Marinkovic opened up the defence.

Grant added the fifth goal with a criminally free-header with a quarter of an hour left, a fitting celebration for his 21st birthday yesterday.

And just when it seemed like it couldn't get any worse for the beleaguered Jets, Castro snuck his second goal inside the far post in the match's dying throes.