Australia captain Mile Jedinak will be named in Ange Postecoglou's final squad for the World Cup qualifiers against Japan and Thailand - but may not be rushed in against the Blue Samurai. 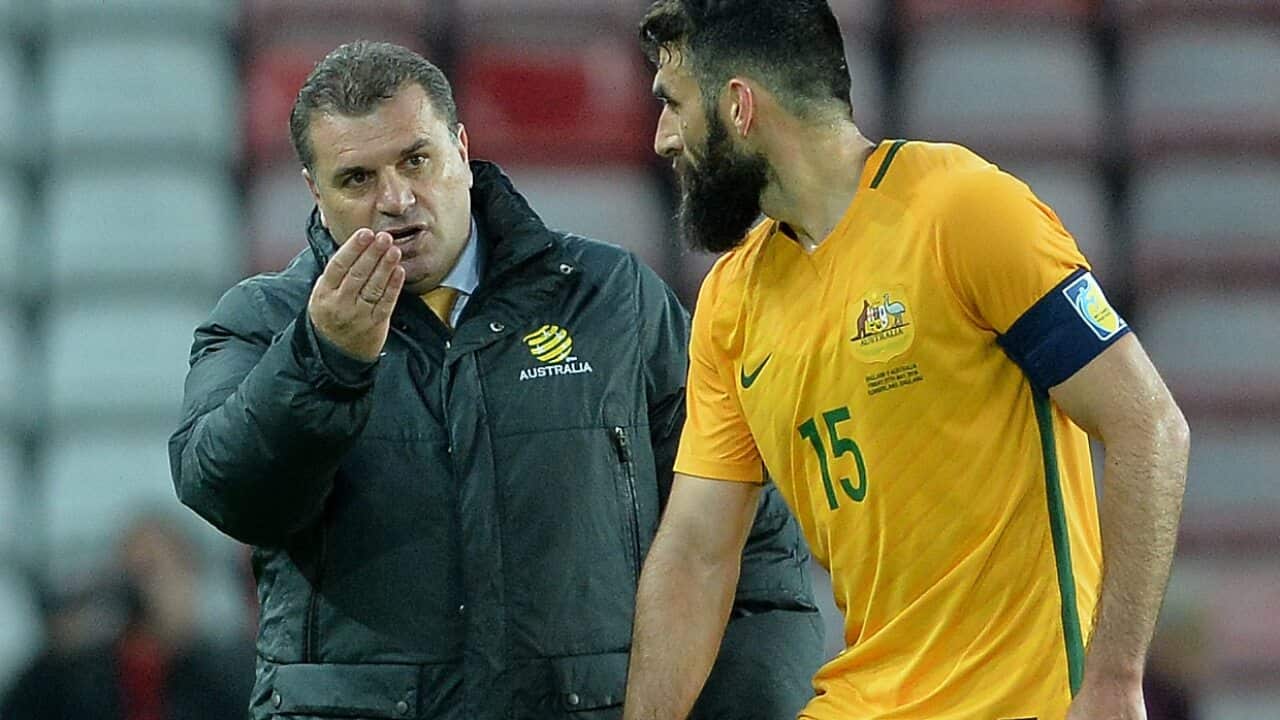 However, he is likely to return to action for his club against fellow Aussie Callum Elder's Wigan Athletic in the League Cup on Wednesday (AEST).

Postecoglou will pair down his preliminary 30-man squad to 23 on Wednesday, with Jedinak to make the cut, regardless of whether he gets game time against Wigan.

Villa face Bailey Wright's Bristol City in the Championship at the weekend in a final opportunity for Jedinak to run off some of the rust before heading into camp.

The need to throw the skipper straight back into the fray has been negated by the depth of Australia's midfield, which was aptly demonstrated in their stirring 1-1 draw with Chile at the Confederations Cup.

With Jedinak absent, Mark Milligan deployed in the back three, and Aaron Mooy and Tom Rogic omitted, Massimo Luongo, Jackson Irvine and Tim Cahill were all immense as the Socceroos bowed out on a high.

Such are the options for Postecoglou that Jedinak's once automatic starting spot in midfield may no longer be guaranteed, despite his enduring and inspiring leadership qualities.

It's not inconceivable that in the shifting sands of Postecoglou's plans, he could even ultimately redeploy Jedinak at the back, a gambit already used to great effect on occasion by Villa boss Steve Bruce at club level.

Despite just returning to training after injury, Jiangsu Suning defender Trent Sainsbury will also journey to Japan to further bolster Australia for the key qualifier against the group leaders in Saitama on Wednesday week.

The classy stopper has yet to figure for his Chinese Super League club this season, but remains integral for his country.

However the 25 year old's lack of game time in China will be of concern to Postecoglou, who has added further options for the Japan and Thailand games with the recall of China-based Matt Spiranovic and a first call-up for the uncapped Matt Jurman.

Sainsbury has over a year to run on his $2 million contract, and has attracted interest from Japan and Italy.

Meanwhile, midfielder Awer Mabil is likely to have survived the cull, having missed the cut for the Confederations Cup.

Mabil has made two starts for his new Portuguese side Pacos de Ferreira so far this season.

Australia trail Japan by a point and are one adrift of second-placed Saudi Arabia on goal difference going into the final two group games.

They need at least four points from those matches to clinch automatic qualification for Russia 2018 and miss out on the lottery of a series of play-offs.