Given Australia’s dreadful first-up performances at the past two FIFA World Cups, it was all too easy to think a third train wreck was in the works when the 2018 draw pitted the Socceroos against the superpower that is France. 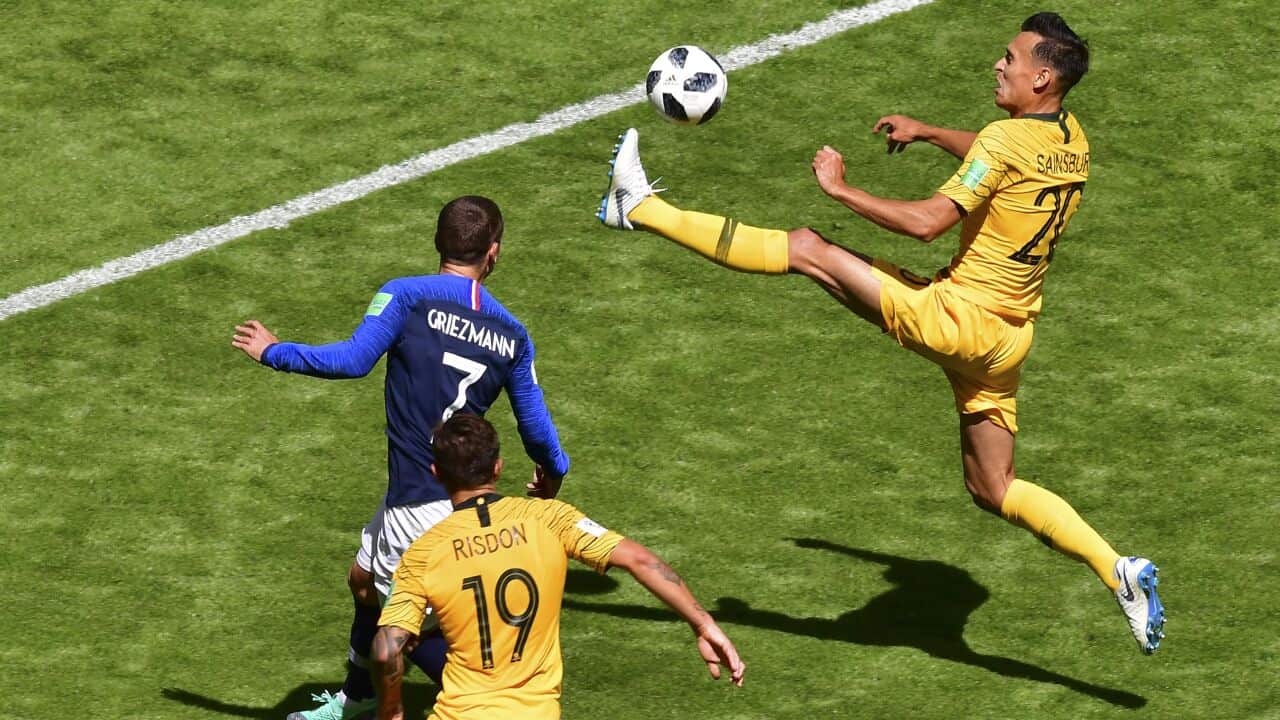 While the final score would indeed reflect a French win, the truth is the Socceroos would be the ones who left with their honour intact. A 2-1 defeat in Kazan it was but the moral victory is every bit Australia’s.

We can look forward to our next matches against Denmark and Peru believing this team, whilst hardly the most talented, has both a big heart and a solid plan. That combination has always gone a long way in international football. The Socceroos proved it again here.

Much of the post-game reaction will focus on the endless cycle of whether or not Australia was robbed. We’ll be debating Josh Risdon’s tackle on Antoine Griezmann decades from now; just as many still do with Lucas Neill and Fabio Grosso.

Advertisement
In the immediate aftermath, the players’ reactions were drawn from emotion, not logic. The French said it was a clear penalty. Australia said it wasn’t. Both weren’t having a bar of the opponents’ perspective. World Cups stir an emotion so deep that reason is often absent in the heat of the moment.

Either way, it was terribly unlucky for Risdon, who did get something on the ball but also helped bring down the French star. Six of one, half a dozen of the other. Having changed my mind twice – and am wavering again – I suspect you might have done the same.

For the neutrals, it wasn’t the most beautiful game, but we owe them nothing. Bert van Marwijk has drilled this team to prioritise pragmatism above all else and that's exacty how they played.

None of us would argue that we would all like to see the national team playing a more expansive game, dominating opponents with our possession-based play and slick passing.

Alas, there was also widespread acknowledgement that Australia would be obliterated if they played in this manner against the French. And they very nearly were in the opening 20 minutes.

Attacking at will, the assault from Les Blues was mesmerising – a front third of Ousmanne Dembele, Antonine Griezmann and Kylian Mbappe seemed almost untouchable. A goal, or several of them, appeared inevitable.

And yet, as the minutes ticked by, and the shots wouldn’t go in, the Socceroos grew into the game. Steadfast, physical, intelligent and compact, they also relished any moment to waste time and break momentum.

That might sound un-Australian but football is a game that requires brains as much as brawn. The Socceroos have never been a good tempo team and their knowledge of how and when to stall has bordered on non-existent.

Here, they were much more accomplished in the dark arts.

A nice sign of that was when Andrew Nabbout saw his number coming up to be substituted. After a thankless shift, he began jogging – away from the bench. Samuel Umtiti saw what was going on and pushed him back. They’re just little mind games, but it unsettles the opposition.

But the most pleasing aspect of all was that the Socceroos didn’t solely resist for 90 minutes. Late in the first half, they grew in confidence, and midway during the second half, having equalised thanks to Umtiti’s brain fade, they actually began believing they could win.

The partisan Australian crowd became increasingly vocal. They sensed the moment – that a draw was probable and a win possible. It was thrilling to watch the Socceroos, and their supporters, believe they could get it done.

While Paul Pogba’s lucky strike would deny Australia a point, no Socceroos fan would leave the stadium with their head bowed or their belief shaken. Instead, we have reason to believe that the best of this month is still to come.