Former Brisbane Roar skipper Matt Smith has been rewarded for a standout season for his Bangkok Glass by being named the club’s first foreign captain, as he prepares for another year in the Thai top flight. 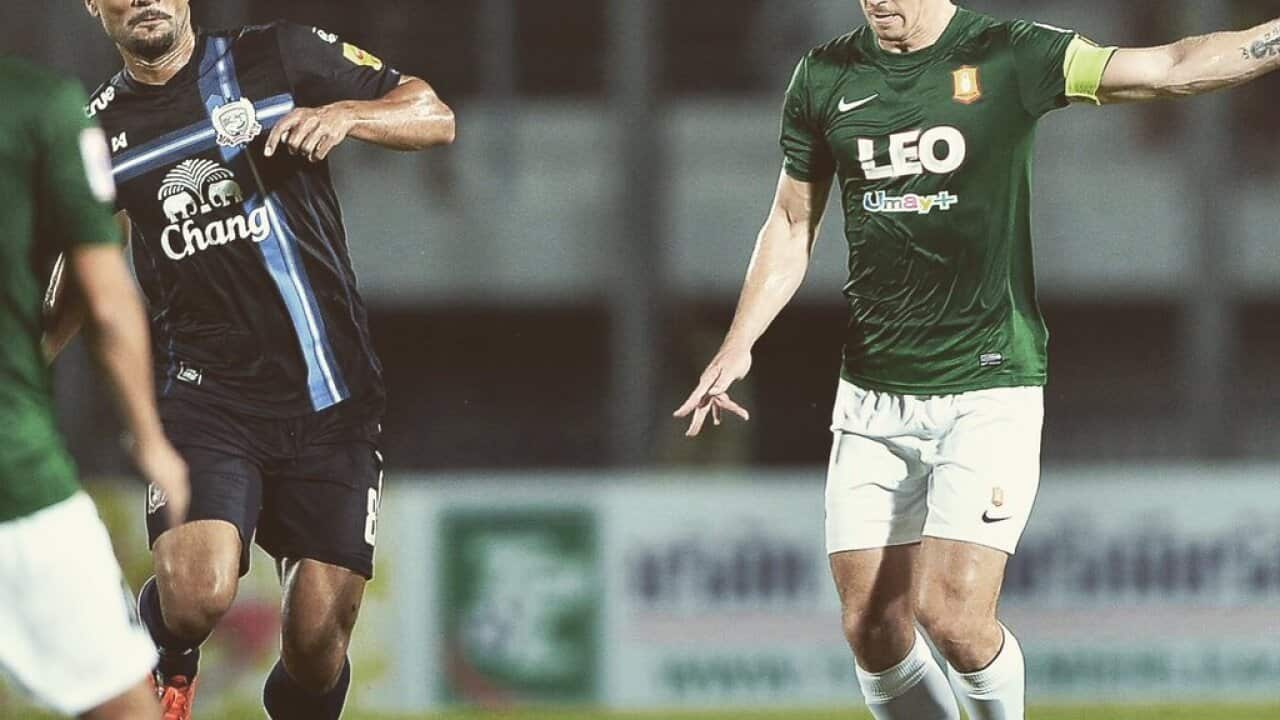 Happy days for the 33 year-old, who was announced as Bangkok Glass' first foreign captain. Source: Twitter

The 33-year-old, who won three A-League championships with Brisbane Roar between 2011 and 2014, wore the armband in two of those triumphs.

While playing a leadership role throughout the campaign with Bangkok Glass, which wound up last weekend, Smith was officially handed the armband following the sacking of Ricardo Rodriguez after a disappointing second half of the season, which saw the Glass Rabbits fall from joint leadership to ultimately miss out on an Asian Champions League spot.

“From day one I have always tried to lead the team being a previous leader at Brisbane and coming here was about transferring those skills. But to be named the first foreign captain is a huge honour, for sure," said Smith.

Advertisement
“When the club were looking at me in the first place it was more of a senior player role, and they knew what they were getting regardless of whether I was captain or not."

Smith was an ever present for Bangkok – racking up 35 appearances and four goals - as they finished sixth this season in a league which has surprised him with its quality.

“My former Brisbane teammate Eric Paartalu played here in Thailand and his reports were good, so I had a solid idea of what to expect and it has fulfullied my expectations,” said Smith.

“We had a fantastic first leg to the season, but were inconsistent in the second and fell away a bit.

“But in terms of the club and its vision, it has a bright future. We have a good young crop of Thai players and with the foreigners also in the mix.

“I am contracted until the end of next season, and I am optimistic we’ll improve from where we stand now.”

Smith, though, is relishing a break, explaining: “My body needs a rest now. I went from the A-League straight to the Thai competition and haven’t had a break now for two seasons.

“I only missed two league games all year, and a cup match, and have done well to keep myself on the park.

“I am 33 now and believe I have a couple of good seasons left in me.”