Socceros defender Ryan McGowan could be on his way out of UAE side Al-Sharjah - just four months after signing for the Arabian Gulf League club. 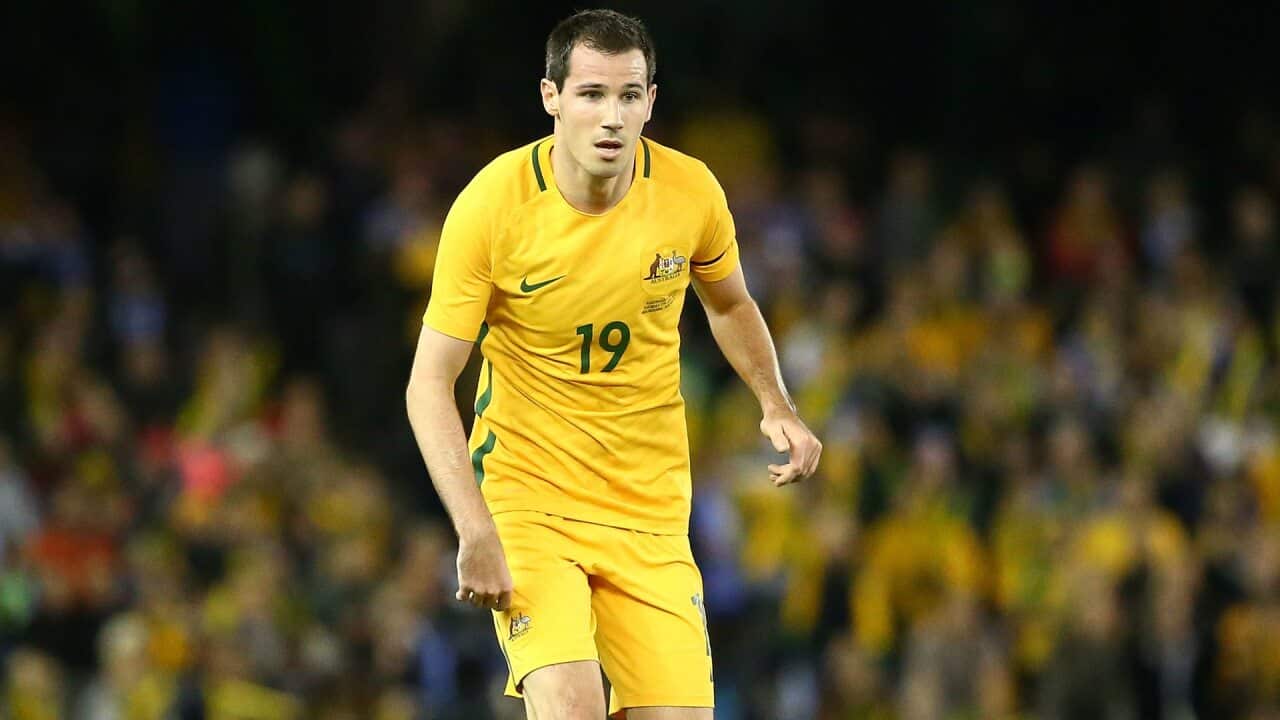 Ryan McGowan is back in Socceroos contention. Source: Getty Images

The arrival two weeks ago of Uzbekistan international midfielder Otabek Sukurov as the struggling outfit's new designated Asian visa player appears to signal the likely premature departure of McGowan, with the European transfer window about to open.

The 28-year-old, who has made 12 appearances in all competitions since signing in August from China's Guizhou Zhicheng, wasn't named in the squad for Saturday's 4-3 League Cup win over Anthony Caceres's Al Wasl, instead watching the game from the stands.

With his future at Al-Sharjah - ninth in the 12-team AGL - now in doubt, a move back to Scotland, elsewhere in the Middle East, Asia or even the A-League could be on the cards.

Advertisement
McGowan was part of the squad for Australia's World Cup qualification decider against Honduras in November, but didn't feature in either the home or away legs against the Central Americans.

The much travelled McGowan spent 2016 in the Chinese Super League with Henan Jianye, whom he joined from Dundee United.

He made his name with Hearts between 2008-2012, before his first taste of the CSL with Shandong Luneng.

With the FIFA World Cup in Russia less than six months away, McGowan will be looking to play as many minutes as possible - wherever that may be - to maximize his chances of being selected for a second successive World Cup.

In another example of the fickle nature of football in the Middle East, fellow Australian Caceres - on loan at the AGL leaders from Melbourne City - might also be surplus to requirements.

Though the 25-year-old has featured in all 11 of the club's league games this season he is considered by the side's hierarchy to be too similar to what they already have.