Socceroo Ryan thanks Margot Robbie for surprise show of support

Socceroos goalkeeper Mat Ryan has taken to Twitter to publicly thank leading Australian actress Margot Robbie after she publicly backed Ryan's Brighton and Hove Albion to win on the weekend against Swansea City. 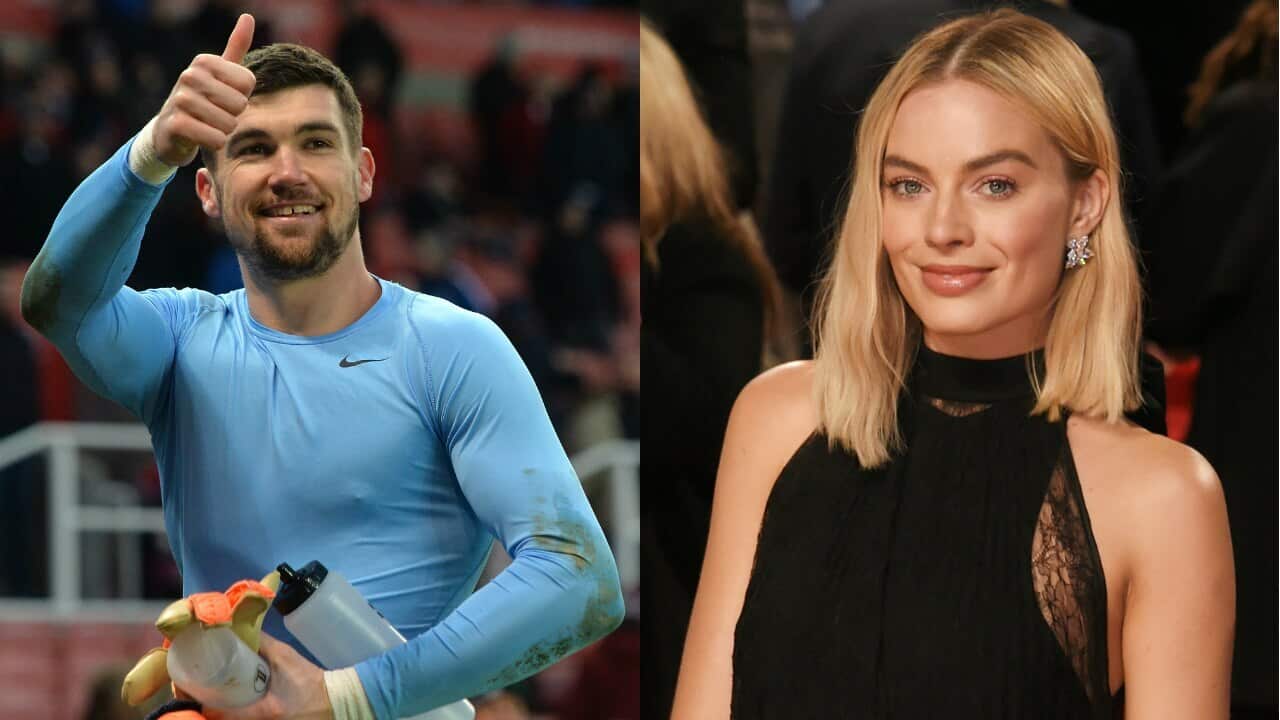 In an interview with the BBC, Robbie - who starred in films such as I, Tonya and The Wolf of Wall Street - was asked to tip a series of Premier League matches and gave a patriotic response when it came to Brighton's clash against Swansea.

"I’ll say Brighton, because of the Aussie love," Robbie said.

Advertisement
No doubt she was referring to the only Aussie in the squad, Ryan, who has been the Seagulls' number one choice in goals this season.

It's not the first time Robbie has made headlines in the football world this week, after revealing she supports Championship club Fulham, based in west London.

Robbie and co-star Allison Janney - who is most famous for starring in The West Wing - gave a series of predictions for this week's Premier League matches including a surprise 4-4 draw between West Bromwich Albion and Huddersfield Town.

In the match between Liverpool and West Ham United - which you can watch LIVE on SBS - Janney and Robbie backed the Hammers.