Socceroos striker Tomi Juric says the national team are more interested in changing the face of the game in Australia to pave way for a new generation, rather than simply grinding out results. 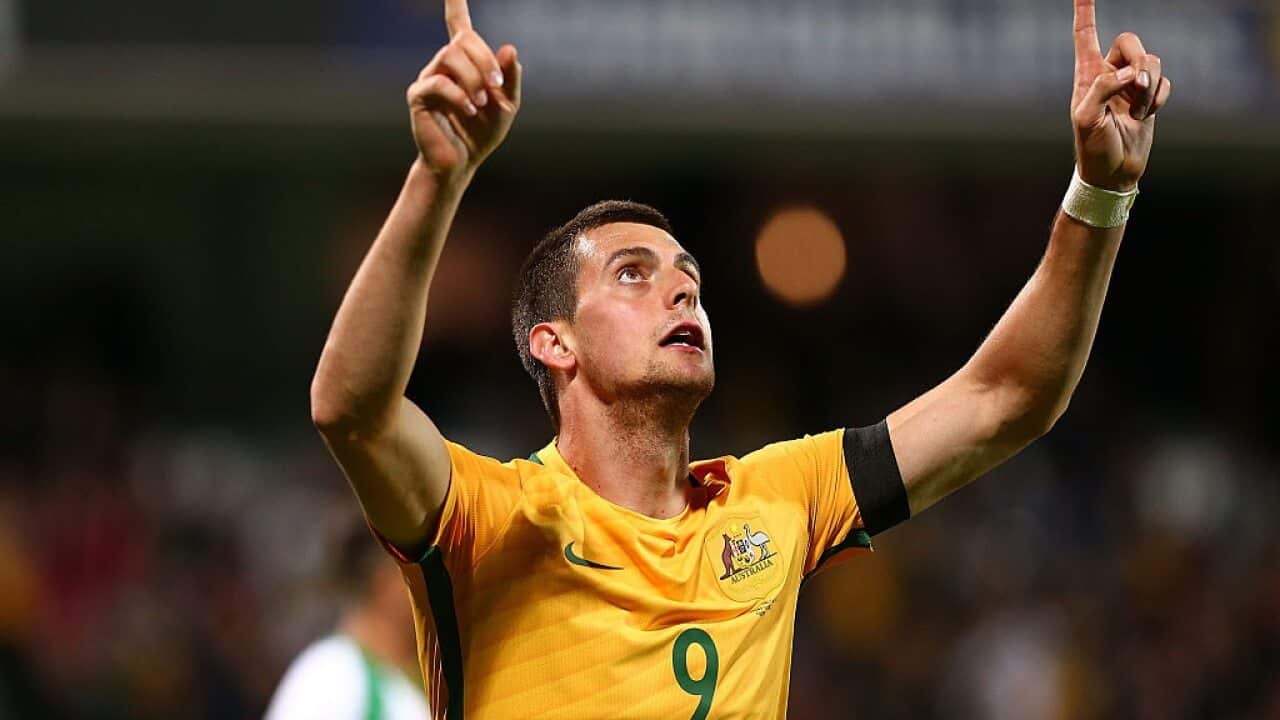 The Swiss-based marksman, who has emerged as the most likely successor to Tim Cahill at the fulcrum of Australia’s front-line, knows what it’s like to scrap for respect in Europe – and believes the Socceroos can alter perceptions of Australian players both overseas and at home.

“We are not in the business of just getting results for the sake of it ... we want to change football in Australia and it's important we play the right way to do that," said the Luzern marksman.

"We don’t want to just qualify for the 2018 World Cup … we want to go and play some pretty football in the style Ange Postecoglou has been working on since he took over.

Advertisement
“We want to show the world that Australians are capable of playing football and we can change the game for the next generation of kids coming up in our own country and not make it the same difficult path we have faced.

“The boys in the national squad now, it hasn’t been easy for any of us to get to where we are.

“We talk about it every camp ...how we want to make people around the world see Australia as a dangerous side and a team people should be afraid of.”

Juric, who has started in each of Australia’s last four World Cup qualifiers as he puts past fitness concerns behind him, has a vision of a future in which Australia is seen by the football world as an equal rather than a nation constantly auditioning for recognition.

“Imagine how good it would be for a kid when he is taken really seriously when he comes for a trial in Europe and not have people thinking, 'oh he's an Australian, so we doubt he’s a decent player?” he added.

“We just want to make it easier for the next generation and break the ice for them when they head off to Europe.”

However, Juric gives due deference to the golden generation which shone brightly at the 2006 World Cup in Germany and included headline acts like Harry Kewell, Mark Viduka, Mark Schwarzer, Mark Bresciano and Vince Grella.

“There was the golden generation, and they were fantastic players and maybe we don’t have the quality of that group, but we are a team that’s work together 100 per cent and are like a family," he added.

“I can’t judge what it was like before and they of course had a great side. For us, though, it comes down to the mentality of the coaches and the way we want to play.

“The golden generation did great things and maybe under achieved in some areas also. We just want to go to a World Cup and make some noise. And I feel are on the right track to do that.”

While gratified at finding the consistency for club and country, Juric is determined to become more influential with each match.

"Before the start of the season it was about putting the hard yards in at training and getting as many games under my belt as possible," he said.

“Now it’s time to take another step forward and while getting the game time I also need to produce some quality performances as well.

"The first step was to get my body right and I think I have done that now.

“The next phase is good performances, goals and assists."

With Australia sitting second in their qualifying group form Russia behind Saudi Arabia going in to next month's clash against Thailand in Bangkok, Juric views the dropping of four points in the two draws with the Saudis – a game in which he scored – and Japan as little more than glitches.

“We have set the standards so high now, we don’t really accept anything but a win now,” he explained.

“We will learn from those games and we know we have to improve. It’s crucial for us now to put in a good performance against Thailand and I am sure we will do that.

“This group is far from over yet … but we knew it would always be difficult.”