ANALYSIS: Australia coach Ange Postecoglou should ditch his three-at-the-back strategy as it has not worked and revert to a back four. 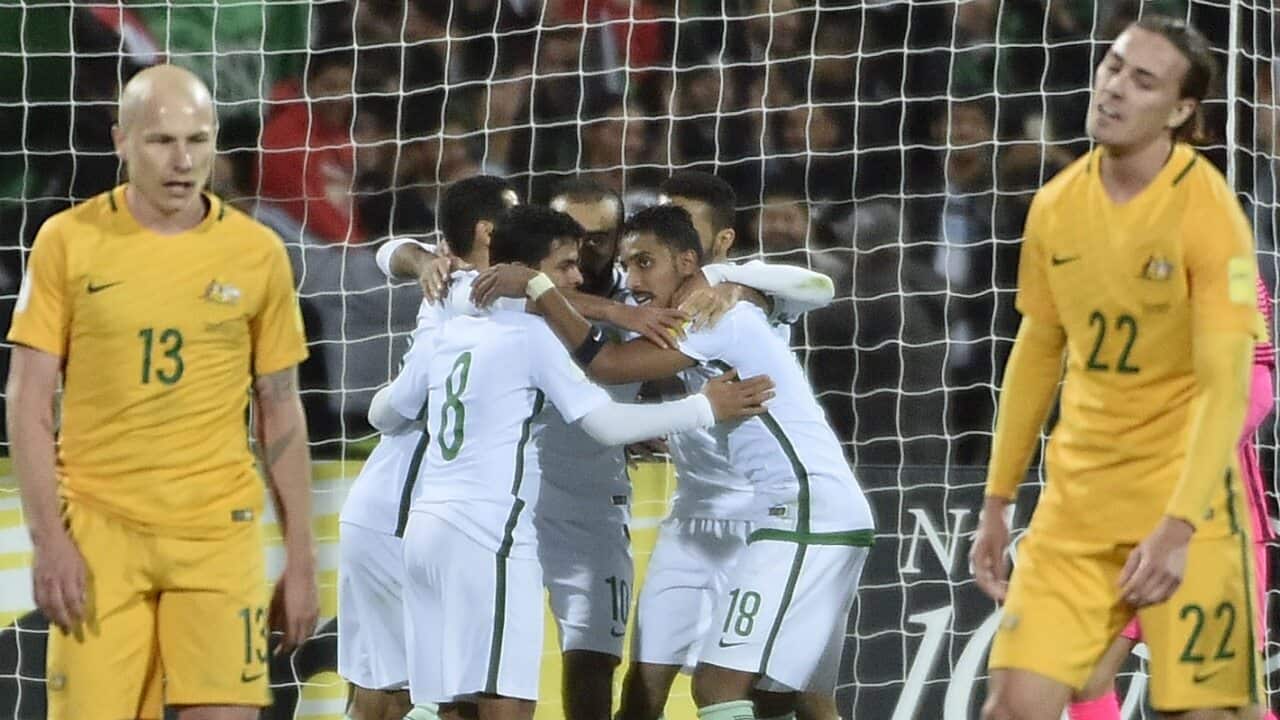 Postecoglou has given Australian fans plenty to cheer about and be proud of since taking over the national job more than three years ago.

The AFC Asian Cup-winning coach keeps delivering and after Australia beat Saudi Arabia 3-2 in Adelaide to enhance their chances of direct qualification to the 2018 FIFA World Cup he should now do us all one little favour and ditch the three-at-the-back system.

It's too risky, it's more trouble than it is worth and if the Socceroos matches in which 3-4-3 or 3-5-2 was deployed are any indication then the logical conclusion to be drawn is that it does not work with the players at the coach's disposal.

Advertisement
Postecoglou deserves full credit for trying things in order to bring the best out of the team.

He is a proud and strong-willed man with an unshakeable belief in his methods but he also is smart and experienced enough to acknowledge that his bold experiment has failed.

The Australian defenders on show in Adelaide were too slow as a unit and were exposed by the swift and technically superb Saudis who went through the home team's last line easily, scoring two goals that could have been avoided by a more crowded and less static rearguard.

The Socceroos' defence is becoming a major concern and three at the back certainly offers no guarantee of success and provides opposing teams with plenty of encouragement.

Everybody can see that if the Australians traditionally are pretty strong in the air they are quite vulnerable on the ground when taken on for pace and this is exactly how the Saudis attacked the home side.

It could be said that the Socceroos played strongly and with purpose in the second half with three at the back but the point is that the home side were all over the place in the first period and went into the break on level terms thanks largely to Saudi goalkeeper Yasser Al Mosailem's blunder that gifted Tomi Juric with the first of his two goals on the night.

Postecoglou's men moved the ball much better in the second half. Passes stuck and players made positive runs into space that were often rewarded.

It came as no surprise that the best two players on the field - Aaron Mooy and Tom Rogic - combined to seal the match with a memorable goal that will be shown over and over again in the next few days.

The Celtic man received a pass from Huddersfield Town's Mooy and steadied himself before unleashing a potent left-foot rising shot that ended in the back of the net. Al Mosailem probably did not see the rocket whiz past him.

The goal midway into the half was coming as the home side attacked in waves and the relief among the players was palpable.

Goodness knows what the team's morale would have been like if the Saudis had gone home with a draw.

The prospect of direct qualification to the World Cup in Russia is looking far more promising now that the Australians have caught up with Bert van Marwijk's men and group leaders Japan on 16 points.

But while Australia and Saudi have two matches left, Japan have a game in hand. They are away to Iraq next week.

Should two or more teams finish with the same number of points, the tiebreakers will be goal difference and the head-to-head record in that order.

It's a shame that the otherwise excellent Uzbek referee Ravshan Irmatov failed to spot a clear penalty on Mathew Leckie that could have given the Socceroos a more emphatic victory.

The Saudis have a one-goal advantage over the Aussies.

Postecoglou might be tempted to revert to his tried and trusted system of four at the back in the international against Brazil and at the FIFA Confederations Cup.

He could revisit the diamond formation with two strikers or opt for three midfielders and three forwards.

One thing is for sure: the consensus is that the three-at-the-back experiment generally has not worked and should be given a red card, never to be seen again.

Australia's next qualifier is against old rivals Japan at Saitama on August 31 and hopefully they will wind up their campaign with a home match against Thailand five days later that should give them the ticket to Russia.