Socceroos' diamond is rough around the edges

A fresh problem has emerged with Australia's national team after the Socceroos kicked off their campaign to reach a fourth straight FIFA World Cup with a deserved if rather unimpressive 2-0 victory over Iraq. 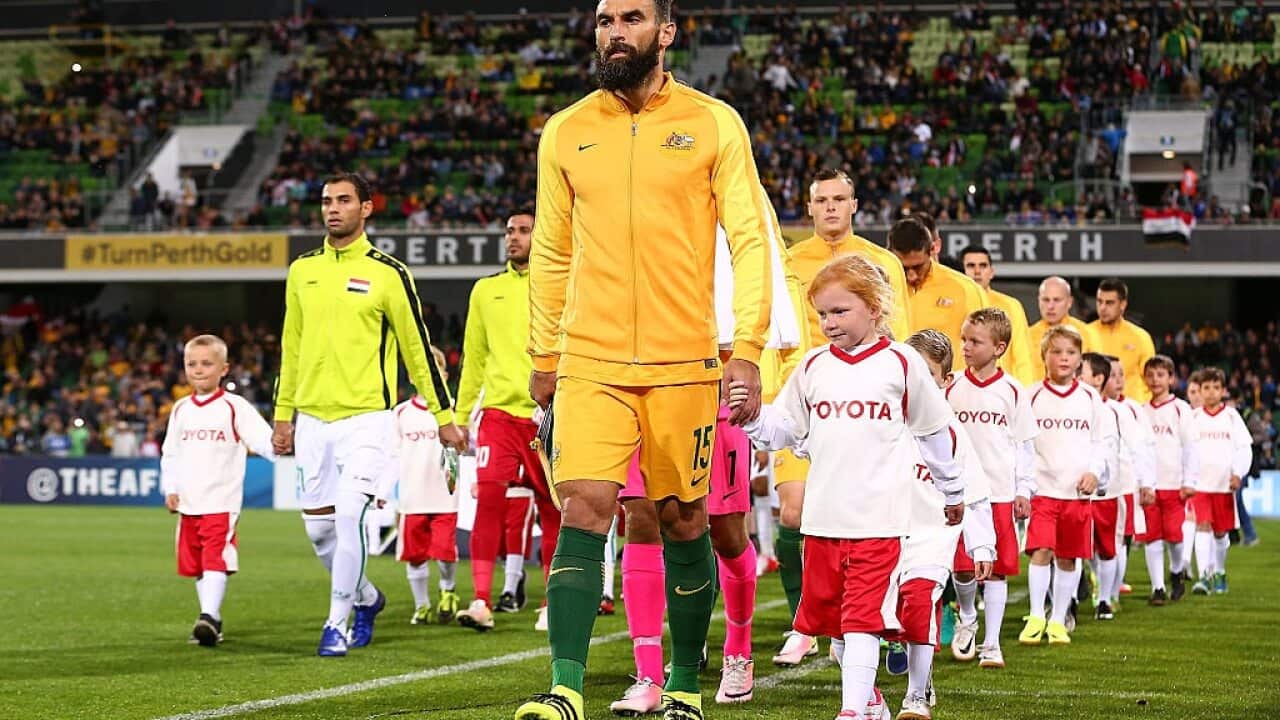 Goals from midfielder Massimo Luongo and striker Tomi Juric gave the Socceroos a flying start to their final bid to reach Russia 2018.

Job done and three points in the bag so it's all good then. Well, not quite.

Advertisement
On Wednesday (AEST) the Socceroos are away to the United Arab Emirates, who sprang a surprise by beating Japan 2-1 in Saitama in Asian qualifying Group B.

Ange Postecoglou used a diamond formation against the plucky Iraqis and it remains to be seen if the coach will persist with a line-up that struggled to impose itself on an obdurate adversary that had caused the Socceroos all sorts of problems in the last decade.

Mile Jedinak was at the bottom of the diamond and Tom Rogic at its top with Aaron Mooy and Luongo taking up the middle areas.

The problem arose because the Socceroos were too narrow, played with no width and missed the foraging runs on either wing that Postecoglou's standard 4-3-3 line-up usually provides.

The upshot was that for long periods in the first half the Socceroos were unable to get going despite the fact that they created a couple of scoring chances.

Postecoglou has some serious thinking to do in the next few days.

One suspects that the coach is dabbling with 4-4-2 not necessarily because he might feel it is good to have another string in the team's bow, a Plan B if you like.

It is because he could be mesmerised by the infinite potential of his star midfielders Rogic, Mooy and Luongo who offer the team an offensive thrust and a level of creativity in the front third many coaches in this part of the world would yearn for.

This is the reason Postecoglou might eventually do away with a system that has served him and the team well in the past in order to accommodate his talented trio.

Postecoglou is an adventurer in a footballing sense in that he is prepared to have a go in every match, whether it's against Bangladesh or world champions Germany.

He plays any match with an attitude of 'let's not worry too much about the opposition and let them worry about us' and, importantly, the players are buying into his methods.

Postecoglou ought to be commended for this mentality. A measured attacking approach is, after all, what most Socceroos fans would want to see.

Yet the key question remains: does the benefit of having Rogic, Mooy and Luongo play alongside each other outweigh the risk of abandoning a successful system for one whose effectiveness remains to be seen?

On the evidence of the match against Iraq, at best the jury is still out and at worst Postecoglou needs to polish his rough diamond.

It is not suggested that Rogic, Mooy and Luongo got in each other's way or did not perform in Perth but it did appear that midfield was too congested and the game was not as spread out as the three might have wished.

The two fullbacks generally did not provide the desired width on the night either, which complicated things.

Mooy sometimes did not find any avenues for his passes into space that are such a major part of his cultured game.

On other occasions Rogic, who was in sublime touch, and Luongo did not have players readily available to pass to simply became there was hardly any room in which to manoeuvre.

Another reason 4-3-3 seems to work better than 4-4-2 for Australia is that this gives 'wingers' Mathew Leckie and Robbie Kruse an opportunity to provide effective and regular service to a central striker, whether it's Juric or Tim Cahill.

The match in Abu Dhabi against UAE, which is a repeat of the Asian Cup semi-final in Newcastle of 19 months ago which Australia won 2-0, and subsequent qualifiers against Saudi Arabia in Jeddah and Japan in Melbourne should tell us more about the merits or otherwise of a four-man midfield, provided Postecoglou sticks with it.

If Postecoglou gives it another go in Abu Dhabi and the Socceroos put in another so-so performance he might have no option but to give the diamond a rest.

If the coach reverts to his three-in-the-middle formation against UAE and the Socceroos play better and more fluently than they did in Perth, he might have to stay with 4-3-3 for the foreseeable future and be forced to make the big decision of dropping one of his star playmakers.

A holding midfielder - be it Jedinak or Mark Milligan - is indispensable and three into two does not go.

The next few days should provide Postecoglou with some food for thought.

The way he manages it could shape the Socceroos' entire World Cup campaign.