Australian football fans must be wondering what formation they should expect when Graham Arnold’s Socceroos defend their continental title in the 2019 AFC Asian Cup in the United Arab Emirates. 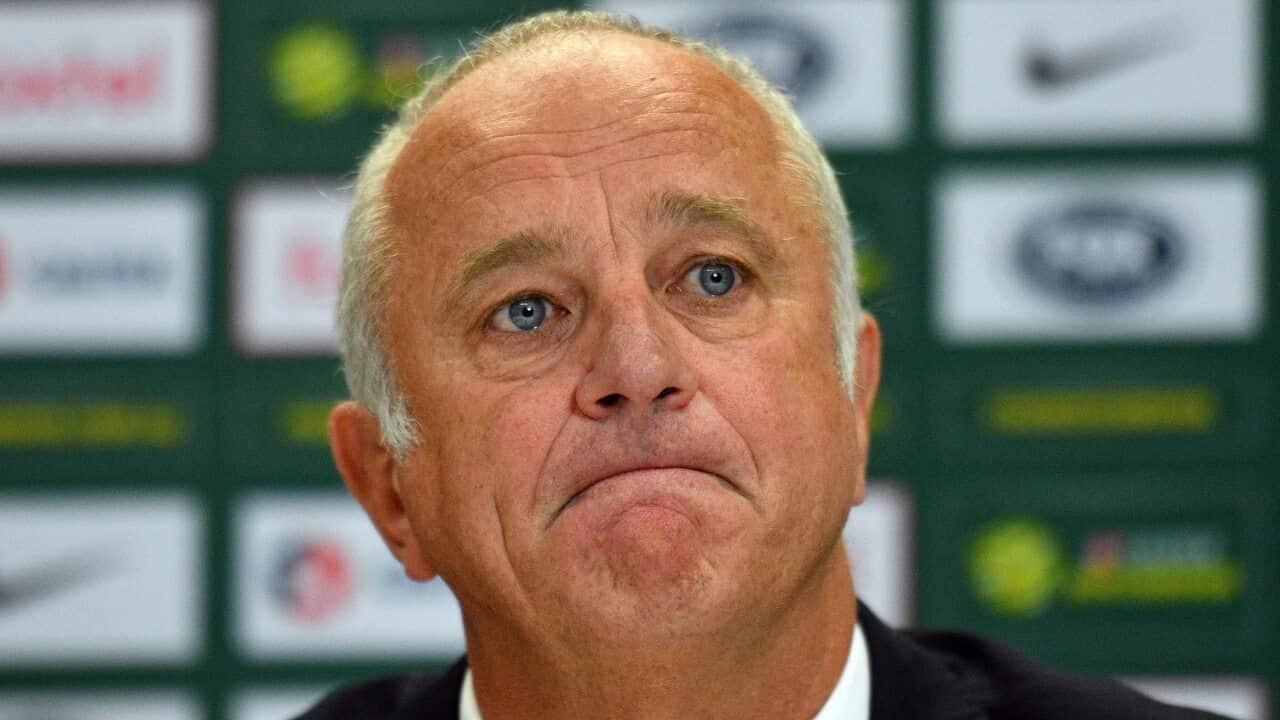 Graham Arnold must sort out the midfield formation Source: AAP

After an encouraging performance at the 2018 FIFA World Cup in Russia, the Socceroos will go into the tournament in January hoping to become the first team since Japan in 2004 to retain their title.

But how they will go about their defence of the title is anybody's guess at this stage, especially since Arnold himself has admitted that the composition and formation of his midfield is still up in the air as far as he is concerned.

Will Arnold’s men be as defence-orientated as Bert van Marwijk’s team that made life so difficult for France and Denmark that they could have got four points from those two matches instead of a meagre point?

Advertisement
Will they be as attack-minded as Ange Postecoglou’s team that made life so difficult for themselves in the qualifying campaign that they needed two play-offs to seal their ticket to the tournament?

One suspects that Australia’s approach to the Asian Cup will be a mixture of both philosophies and hopefully one that will give the Socceroos a strong chance of prevailing in the UAE.

Arnold said this week that he considered his tactical mentality - 'principle' he called it - to be somewhere between that of van Marwijk and Postecoglou, two mentors he holds in the highest regard.

He is expected to stick with a back-four system that generally worked well for the Socceroos but the midfield sector is a minefield that could give him a few palpitations.

Should he play with three midfielders and three strikers or go with a 4-4-2? Will he try to be so flexible in his approach that he could swap formations depending on the opposition and circumstances?

That’s the conundrum Arnold must resolve before the Socceroos play their first trial match in October against opponents yet to be determined ... apart from finding ways and means for the team to score more goals and not rely on set pieces to find the net.

Arnold knows that if he plays with three in midfield he will have the unenviable task of dropping one of his creative and attack-minded midfielders Tom Rogic, Aaron Mooy and Massimo Luongo, who did not kick a ball in anger in Russia due to van Marwijk’s preference for a 4-3-3 that included captain Mile Jedinak as defensive anchor.

It is the kind of dilemma that might have forced Postecoglou to dump his back-four formation halfway into the qualifying campaign in favour of a back-three and four or five in the middle in a bid to make room for the talented trio and establish better territorial control over the opposition.

How Arnold gets around this problem will go a long way towards mounting a competitive defence of the continental title.

“A back four is probably the way to go because they did well in Russia but midfield is a different story and something I will have to look really close at,” Arnold said.

“For me it’s about being flexible. Some games you may need to play a back three and others a back four. It is important that the playing principles and philosophy stay the same so the players remain familiar with the style. We can sit and talk about playing formations but systems don’t make players, it's the players that make systems.”

All eyes will therefore be on Arnold as he attempts to steer the Socceroos for the second time after the ill-fated 2007 Asian Cup campaign.

He has candidly admitted he was not ready to be national coach back then but he believes that he has learned from his mistakes and he fully deserves to be the top man this time around.

Only time will tell if the Australian national football team is back on track after the good signs that emerged from Russia.