Socceroos great Scott Chipperfield has edged out Premier League star Mohamed Salah to be named in FC Basel's greatest team of this century so far. 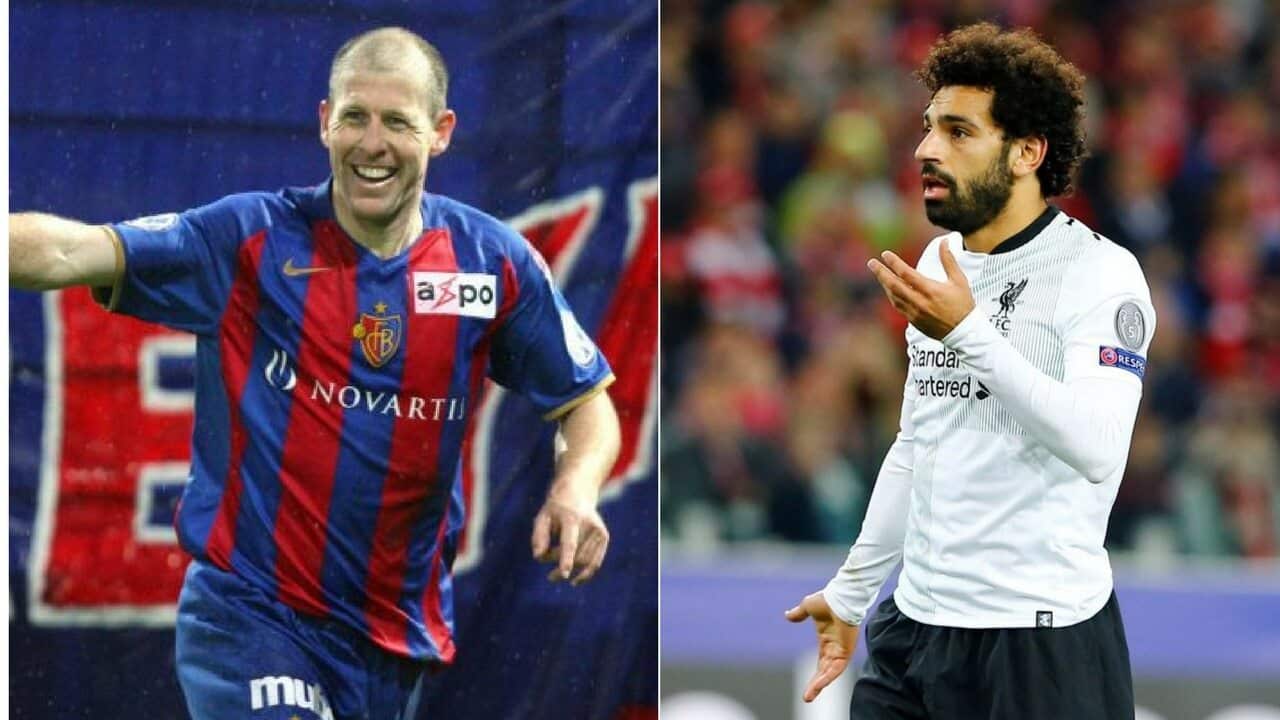 Fans of the Swiss powerhouses and UEFA Champions League mainstays were asked to vote on the club's best side since the year 2000 with the Australian midfielder earning 40 more votes than the Premier League's breakout star.

The former Socceroos veteran joins other stars such as Ivan Rakitic, Xherdan Shaqiri, Granit Xhaka and Alexander Frei in the all-star team.

Chipperfield played 269 games for Basel over more than a decade at the club between 2001 and 2012 winning seven Swiss Super League titles and six Swiss Cups.

The Wollongong product's incredible achievements at FC Basel have made him a legend at the Swiss club and helped him edge out Salah, who has taken the Premier League by storm this season scoring 15 goals for Liverpool, from the all-star team.

The attacking dynamo went on to play 47 matches for the Swiss side and won two Swiss Super League titles before being sold to Chelsea for £11 million (A$19 million) in 2014.