Premier League legends Frank Lampard and Steven Gerrard should be priority targets for A-League clubs, according to Socceroos great Stan Lazaridis, who rubbed shoulders with both in their pomp. 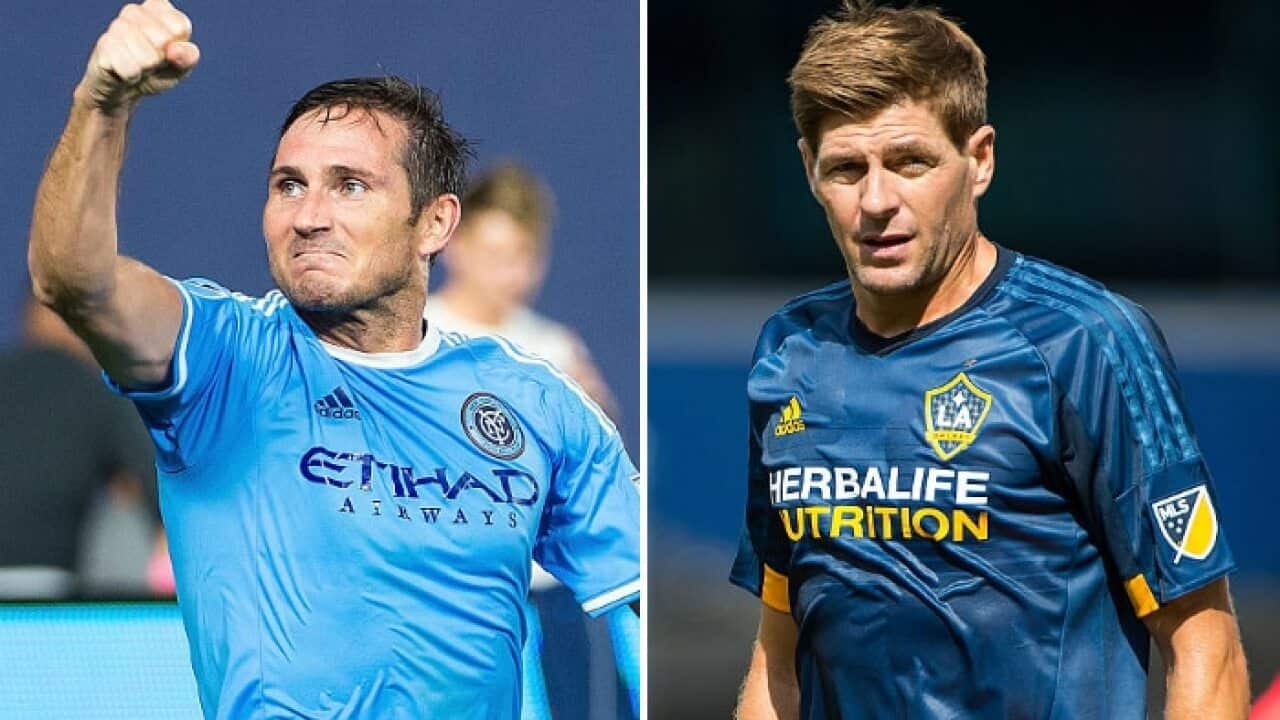 Lazaridis, now 44, played alongside a young Lampard for two seasons at West Ham and remains enraptured by his ageless quality.

And he competed against Liverpool genius Gerrard on several occasions during his five years playing for the Hammers.

This week both 38-year-old Lampard and 36-year-old Gerrard announced their impending MLS departures - Lampard after two seasons with New York City and Gerrard after a year with LA Galaxy.

Advertisement
Lazaridis says the Football Federation Australia should dig deep into their marquee budget, in collaboration with one of the competition’s powerhouse clubs, to bring either one, or both, to the competition to provide a fairy-tale final exclamation mark on their shimmering careers.

“I played several times against Gerrard and had a couple of years together with Frank at West Ham when he was coming through, and to see them in the A-League would be something special,” said Lazaridis.

“I know first-hand what they are about, and while they are of course getting on a bit, we have short seasons here and they could handle that.

“I think they’d love it here … yes, they could go somewhere else based purely on money but they could come here and look back and remember this place knowing they are loved by so many.

“I think they’d get a lot out of the experience … Australia would be a good fit for them.”

While Lampard is understood to have been offered coaching gig by Chelsea boss Antonio Conte in what could be a heroic return to the club where he is eulogised for a record 211 goals over 13 seasons, Lazardis believes all efforts should be made to sell Australia to him.

Lampard almost joined Melbourne City from parent club Manchester City during a six-month hiatus before signing for New York, and said in a recent interview that while Australia had piqued his interest that ship had in all likelihood sailed.

However, Lazaridis, who counts the 106-cap former England midfielder as a pal, is hoping he might reconsider.

He is also imploring Gerrard, the heartbeat of the Liverpool team for much of his 17 years at Anfield, to follow up this year’s Liverpool Legends appearance in Sydney by signing up for an A-League season to allow adoring fans to see him week-in week-out.

Perth-based Lazaridis, who ended his stellar career at Glory, would like to see the club make a play for either, but admits were they to come to Australia they would likely be destined for Sydney or Melbourne.

“Sydney FC or Melbourne Victory would be the favourites because these guys would have to be on a few dollars,” he added.

“The FFA could look at it and say ‘can these guys benefit the league’? I think there’s a huge case to say that they would.”

Gerrard has been linked with Celtic and could also return to Anfield on the coaching staff.

He played 39 games, scoring five goals and providing five assists, in what was generally considered to be an underwhelming Galaxy stint.

“Steven Gerrard used to head his own crosses … you can’t ask him to do that again. I saw him at his best in the raw, and while he’s not the same player he’s still an immense presence,” insisted Lazaridis.

A lifelong Liverpool fan, Lazaridis added: “It’s not just about what they do on the pitch anymore... you look at them as a package and have to take into account how many shirts they’d sell and the interest they’d bring.

“You’d get your investment back in terms of marketing and merchandising, no matter now they performed.”

Lampard showed with his 14 goals in 31 appearances for New York City that his instincts remain undiminished.

“The guy was born to score goes,” added Lazaridis. “He has such a thunderous shoot, and he’s street smart.

“He has a quiet way about him off the field but is an assassin on it.”