Socceroos Greats - Where are they now: Scott Chipperfield

The World Game resumes its regular feature that pays tribute to Australia's heroes of yesteryear - personalities that left their mark on football Down Under. Socceroos stalwart Scott Chipperfield relives a decorated career at club and country level. 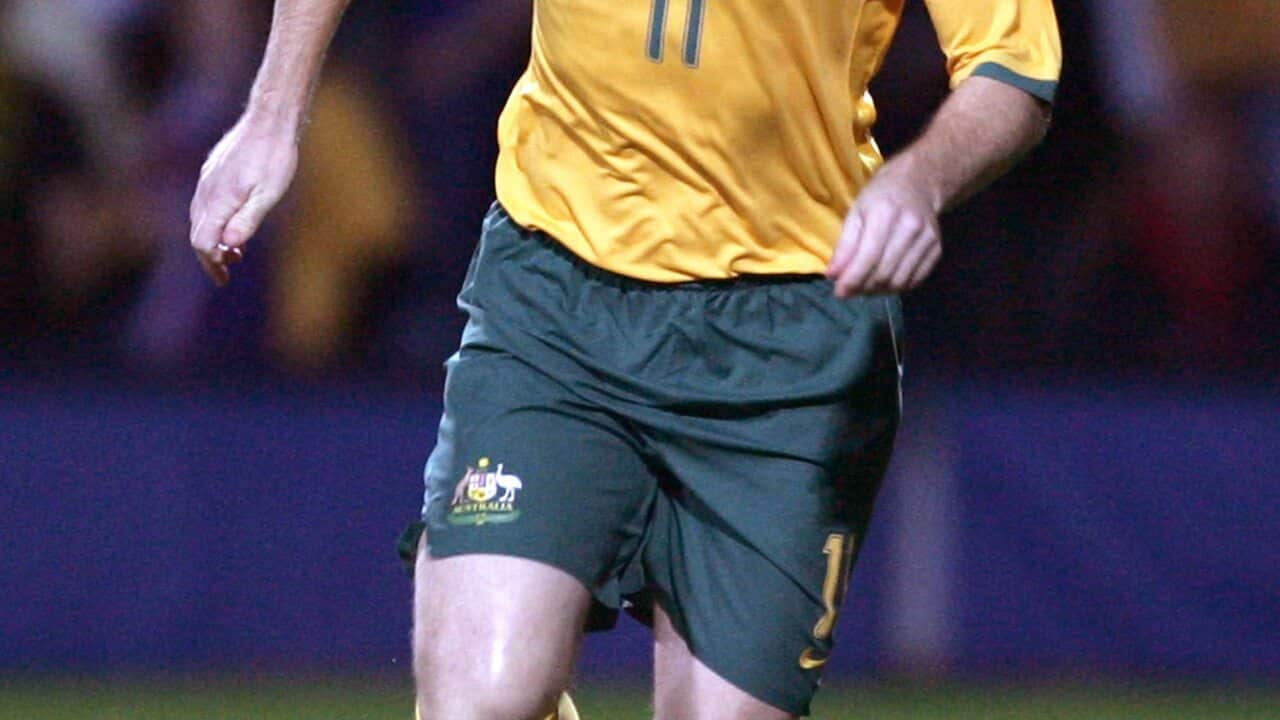 FIFA World Cup star Scott Chipperfield, one of Australian football's finest exports, has taken the first steps towards becoming a player agent and has two simple words of advice for any young man aspiring to be a professional abroad: be patient.

Chipperfield, who wore the green and gold at two World Cups, lives in Switzerland where he forged a successful career with Super League heavyweights FC Basel.

Advertisement
The former Wollongong City hero, who is now 40, still plays football "for fun and to keep fit" in Basle with local team FC Mohlin and coaches young players twice a week.

READ MORE
Socceroos Greats - Where are they now: Adrian Alston

READ MORE
Socceroos Greats - Where are they now: David Mitchell

However player recruitment will hopefully feature prominently in the next phase of his football life.

"I'm in the process of setting up a player agency with a couple of businessmen in Basle," he said.

"We will focus on bringing young talented players from Australia and Brazil to Switzerland."

The migration of young Australia players to Europe and Asia is a hot topic among football fans and Chipperfield, who left Australia as a 25-year-old to sign for Basel, has little doubt about when aspring stars should pack their bags and the destination or level they should choose.

"My thinking is not to go too early and to go somewhere where you can play," he said.

"I think Switzerland would be the perfect stepping stone for someone to start a career in Europe.

"Then if they are good enough they can move on to a bigger league."

Chipperfield is one of Australia's most decorated footballers, having won seven championships in Switzerland and two Down Under.

He spoke to The World Game about his extraordinary football journey.

After winning two National Soccer League titles with Wollongong you left Australia in 2001 for Basel. How did that come about?

"Ex-Swiss international Marco Grassi was married to an Australian and was living in Sydney at the time.

"He was friends with the chairman of Basel so he mentioned me to the club.

"Christian Gross the trainer at the time watched the match in Ulsan, Korea Republic, between Australia and Brazil at the Confederations Cup in 2001 which we won 1-0 and they offered me a four-year contract after that, which was a lot at that time."

You played and scored in that epic 2000 grand final against Perth Glory in Subiaco when Wollongong came back from three goals down to win in a penalty shootout. Tell us more about that match.

"I can remember Perth celebrating at half-time as if it was all over. Maybe they were planning the celebration party already.

"Going in at half-time 3-0 down in front of 40-odd thousand was pretty shattering. We did not play well in the first half and we defended poorly but in the second half Perth just sat back and allowed us to get back into the game.

"It was an amazing feeling when Paul Reid made it 3-3 in the last minute. Then came the penalties which are a lottery but we held our nerve to win the first national championship for a sporting team from Wollongong.

"I'm biased but I think it was one of the best ever grand finals."

You have played in some big games in Europe. Where does that grand final victory rank in terms of what it means to you?

"It's hard to say. At the time it was huge, the biggest game I had played in and being a Wollongong boy and seeing the joy it brought to the community was great.

"That game sort of kickstarted my career. Looking back now it would rank up there with playing in the World Cup in 2006 and 2010 and in a Champions League match against Manchester United at Old Trafford in 2011."

You spent 11 seasons at one club, which is very unusual in this day and age, and won Basel's player of the year award twice. The fans must have loved you.

"Yeah I stayed for 11 seasons. I had a few offers to leave over the years but I was happy in Basle because I was playing regularly and we were very often in European competitions.

"The only time I wanted to leave was in January 2009 because my contract was up in July. Basel were not sure if they would extend my deal and Hertha Berlin, who were sitting in the top four in the Bundesliga, offered me a two-year contract.

"So I joined the team in Marbella in Spain on a training camp then flew to Berlin with them to do the medical but the doctor failed me so I went back to Basel and scored nearly 10 goals in the last 18 games of the season. They then offered me a new deal."

So what was the highlight of your stay in Switzerland?

"I was lucky enough to win 13 trophies with Basel: seven championships and six cups.

"From a team's perspective, the first one in 2002 was special because it was the first in 22 years for the club and there were nearly 100,000 people in the city for the celebration.

"Personally the 2010 title was the best as we came from 13 points down to win the championship on the final day away from home against Young Boys, the team that had led all season, and I scored the second goal but I nearly broke my leg by jumping the fence during the goal celebration."

You were always an attack-minded player. Do you feel that this may have cost you your left-back spot in the Australian team?

"Basically after the Germany game in 2010 that we lost 4-0 I was made the scapegoat and some were saying I'm too offensive so I was dropped for the next game against Ghana.

"It was not easy to change my approach because I had just came off a great season with Basel playing as a striker, scoring goals and helping them win the league.

"I'm not the greatest defender so I always worked on attacking my opponent and making him defend me.

"With Guus Hiddink it was no problem because he liked me to attack. Against Italy I played in a back three and had our best two chances to score.

"I don't like losing so when we are behind I get more offensive. Looking back, maybe I was (too offensive) versus Germany and maybe the result might have been different. Who knows?"

You played 68 times for Australia. Which was the high point of your Socceroos career?

"The playoff versus Uruguay in Sydney in 2005 was the highlight. Winning on penalties to qualify for the World Cup was unforgettable as was the Japan group match in Kaiserslautern which we won 3-1.

"Everyone's highlight was Uruguay, I think."

"With the national team I would say Harry Kewell was the most gifted all-round player. Then you had Mark Viduka and Tim Cahill who had other qualities. These three are the best I have played with.

"Against is an easy one: Lionel Messi. We played Barcelona at home in the Champions League in 2008 and we were down 3-0 after 20 minutes. Messi scored first and made two other goals in a 5-0 win."

Which players do you admire most at home and abroad?

"My favourite player overseas is Cristiano Ronaldo. He is a winner. Some don't like him but he gives everything on the pitch.

"In Australia I'm interested to see how Jamie Mclaren develops and if he can back up from last season. The national team needs a goalscorer to take over from Cahill and he could be it.

"Moorey and I first played together in the NSW primary school team then I would see him playing with the junior national teams and followed his career. In the end we finished our national team career rooming together in South Africa. He was always available to give advice and we had similar characters.

"Overseas I would have to give credit to my first coach Gross. He was more like a father figure to me than a coach. He always made sure i was ok and helped me settle in Basle."