Socceroos Greats - Where are they now: Tony Henderson

The World Game pays tribute to the Socceroos stars of yesteryear who left their mark on football down under. Defender Tony Henderson recalls how Australia missed a great opportunity to play in the 1982 World Cup when they suffered an unexpected home defeat against New Zealand. 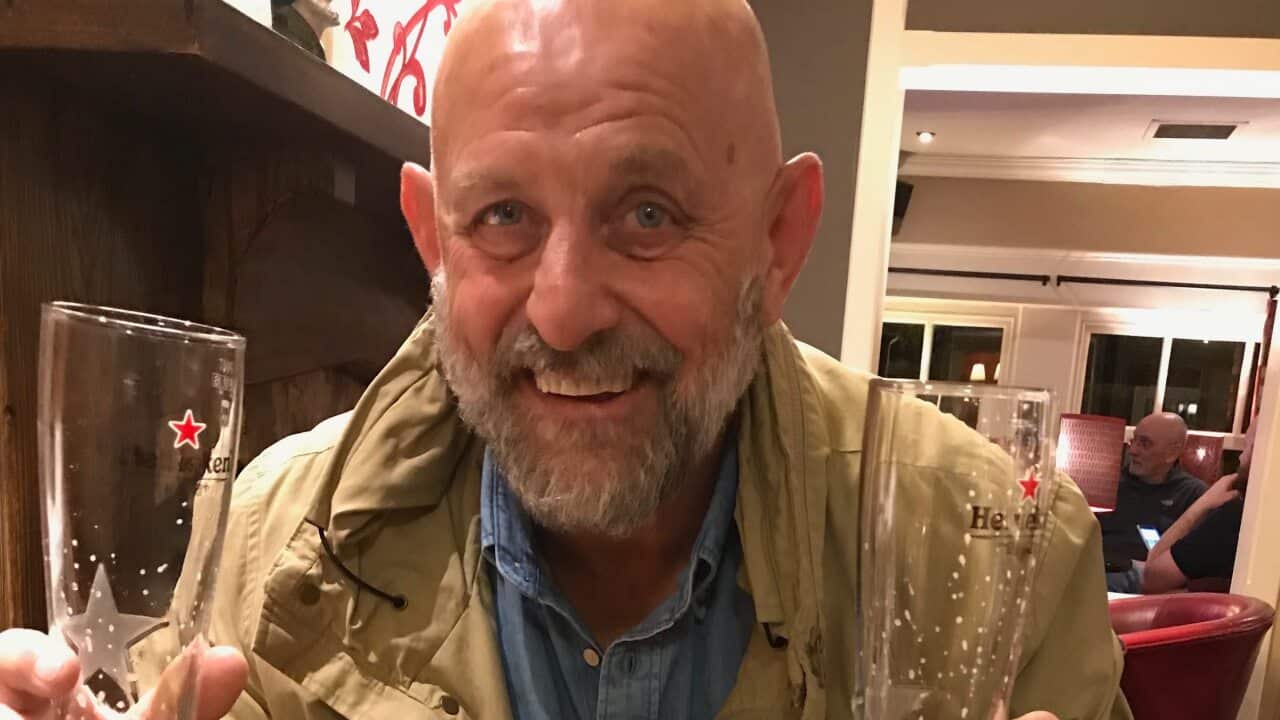 Star defender Tony Henderson is adamant that Australia's bid to reach the 1982 FIFA World Cup in Spain was dealt a body blow when coach Rudi Gutendorf picked a team in 'siesta' mode for a key qualifier against New Zealand.

The All Whites and Socceroos drew 3-3 in a qualifying group match in Auckland in April 1981 and the German guru ordered his squad players to have a nap after lunch every day in the fortnight leading up to the return in Sydney.

'Hendo' said Gutendorf's mantra was ill advised considering that the match was to be played in the afternoon and may have cost the team any realistic chance of beating their trans-Tasman rivals.

Advertisement
"We probably lost the tie in the first leg in Auckland. We led three times but ended up drawing 3-3. Had we won that game we would have carried on from there for sure," Henderson recalled.

READ MORE
Socceroos Greats - Where are they now: Manfred Schaefer

READ MORE
Socceroos Greats - Where are they now: Steve O'Connor

"But what really happened was that in the two weeks before the return game at the Sydney Cricket Ground we had to be in bed every afternoon.

"Rudi insisted that we have a sleep of two or three hours every day but I can tell you we were all half asleep in the dressing room before the return match which was played in the afternoon.

"It would not have mattered if it were a night game but all the boys will tell you we were not at our best that day.

"We were sluggish and by the time we 'woke up' New Zealand were a goal up and that was it. I remember that day very well."

New Zealand won 2-0 and went on to win a rather easy group that also comprised Indonesia, Chinese Taipei and Fiji.

The All Whites then finished joint second with China behind Kuwait in a final round-robin and beat the Chinese in a playoff to qualify for their first World Cup while the Socceroos had to wait 24 more years to take part in the game's biggest event.

Henderson, who is now 64, was happy to reminisce on his club and country career.

"I live in Drummoyne in Sydney and I'm still working. I've got a little truck and I have a contract with a big company. I'm trying to slow down but it's too busy at the moment."

You were born in Newcastle in England. What brought you to Australia?

"I got injured when I was 18 and playing for Rotherham United in the third division but when I came back it was not the same and I went to South Africa. At that time the country was banned by FIFA and when Ron Tilsed asked me to come to Australia to join Canberra City, I said 'why not' and was happy to join the new National Soccer League in 1977 and play alongside Johnny Warren."

After two seasons with Canberra you moved to Marconi. What was it like to play for one of the giants of the local game?

"There are always expectations on big clubs and at Marconi it was no different. Back in those days we really enjoyed our football even though we did not get paid a lot of money for it. We just loved playing ... and winning. We were very competitive and I think in my time there were more players with leadership qualities than there is now. I'm not talking about just Marconi. All the teams in the league had three or four leaders with great personalities."

You won two championships with Marconi in 1979 and 1988. Tell us about those two seasons.

"In the first championship we had an exceptionally strong side ... if we conceded three goals we knew we could score four. We had good strikers like Eddy Krncevic, Mark Jankovics and Peter Sharne. We had Rob Vieri and Gary Byrne in midfield and a really solid defence. Fortunately we did not get a great deal of injuries. Bertie Mariani was our coach when we won the second title. His attention to detail was fantastic and he knew all about the opposition's strengths and weaknesses. We were a little bit more cultured team (than that of 1979)."

Which was Marconi's biggest match of the season?

"In the latter stages it was APIA Leichhardt obviously because of the Italian connection. But Marconi versus Sydney Olympic was always a big game as were those against Sydney United and Sydney City. Our biggest games were the ones against the other teams from the city ... they were always huge derbies."

Who was the forward who gave you most trouble in the league?

"They all did. People like John Kosmina and Gary Cole spring to mind. But all teams had great centre-forwards who could score plenty of goals. The way I see it, these days we lack the type of physical target man up front with the ability to hold up the ball a la Mark Viduka, who was an exceptional player, just quietly."

Football in your days was seen by mainstream Australia as a 'foreign' sport played by 'foreigners'. Does the game enjoy more recognition and respect today?

"I think it is realised in Australia now that football is a world game. And all the publicity football and its players get nowadays is good for the sport. To me the catalyst for this change in attitude was the creation of the A-League in 2005. The Socceroos team of 2006 also played a key part. It was probably the best national team we have ever had. The men forming that World Cup team were playing in the best leagues in Europe and they made many neutrals in Australia sit up and take notice. Everybody knew we were not quite there yet but everybody also realised that we were growing as a football country."

Not reaching the World Cup in Spain must have been your biggest disappointment in the green and gold jersey. What was your highlight?

"It goes without saying. It was hard to take. On the other hand, playing for Marconi for all those years was terrific but my career highlight was playing for Australia B against New York Cosmos in front of an estimated crowd of 50,000 at the Sydney Sportsground. Cosmos had great players like Carlos Alberto, Franz Beckenbauer and Giorgio Chinaglia. We won 2-1 and I scored the winning goal with six minutes to go."

Gutendorf was a colourful character and was judged in many ways over the years ... not always favourably. What's your take on the German coach?

"Look, he was ahead of his time. He had a very strong knowledge of football. He was playing systems in the 1980s that we're seeing today. The problem was he was a professional dealing with semi-professional players and getting his message through must have been difficult for him. We were good players but not professional enough. We tried really hard but we could not quite come up to his expectations. I would have loved to see some of my teammates play in today's environment.

"Rudi was flamboyant and he loved the travel side of football. When we visited China he took us to the Great Wall and tourist attractions like that."

You had many teammates in your Socceroos' A and B career spanning 50 matches. Who are you closest with?

"I still keep in touch with Cole and Krncevic. The most wonderful thing about the soccer fraternity is that you may not see a former teammate for 20-odd years and you sit down with him and talk about things like you had seen him the week before. For example, a few weeks ago I rang Jankovics. I had not spoken to him for 30 years and the conversation started something like this: 'Mark', 'Who's this?', 'It's me, Hendo' and he immediately started taking the mickey out of me. It was like we had never gone our separate ways. It's an amazing thing about our game."

What do you think of the present A-League in terms of playing standard?

"Sydney are the best team by a long, long way. Technique wise we have improved amazingly but I think we are still a bit naive when it comes to playing football in terms of positional sense and movement."

"They are both very good sides but I would back Arnie's team to beat any club that has played in the A-League.

"Adrian Mierzejewski is a truly fantastic player and so is Milos Ninkovic. I don't understand how A-League coaches do not do their homework on the two. Suwon Bluewings recently closed them down straight way and in so doing Bobo became isolated up front. Sydney never really got going and they lost 2-0."

And what about the current Socceroos? What are their strengths and weaknesses?

"The Socceroos have had this attacking mantra in the last few years but they have not scored that many goals, which is surprising. I think they need to get back to basics and defend properly. Arnie's method with two holding midfielders is similar but it seems to work better."

"At club level the best was Krncevic. He could do anything on the field and he worked very hard. That's why he was so successful overseas. I used to love playing alongside him. The best I've played against without doubt was Beckenbauer. He had so much time on the ball. His passing was immaculate and he used to play 35-metre balls that went like a bullet."

Who are the Australian and foreign players you admire most?

"I like captain Mile Jedinak who steadied the Socceroos ship in the two recent World Cup playoffs and I've got lots of time for goalkeeper Mat Ryan who is doing very well in England.

"With regards to the foreign player you cannot go past Lionel Messi. I like Sergio Aguero too."