Socceroos icon Tim Cahill met with various Indigenous teenage footballers on Sunday, with the 12-15 year-old's moving 3000 kilometres from their homes, in remote Northern Territory, to go to school and train in Sydney. 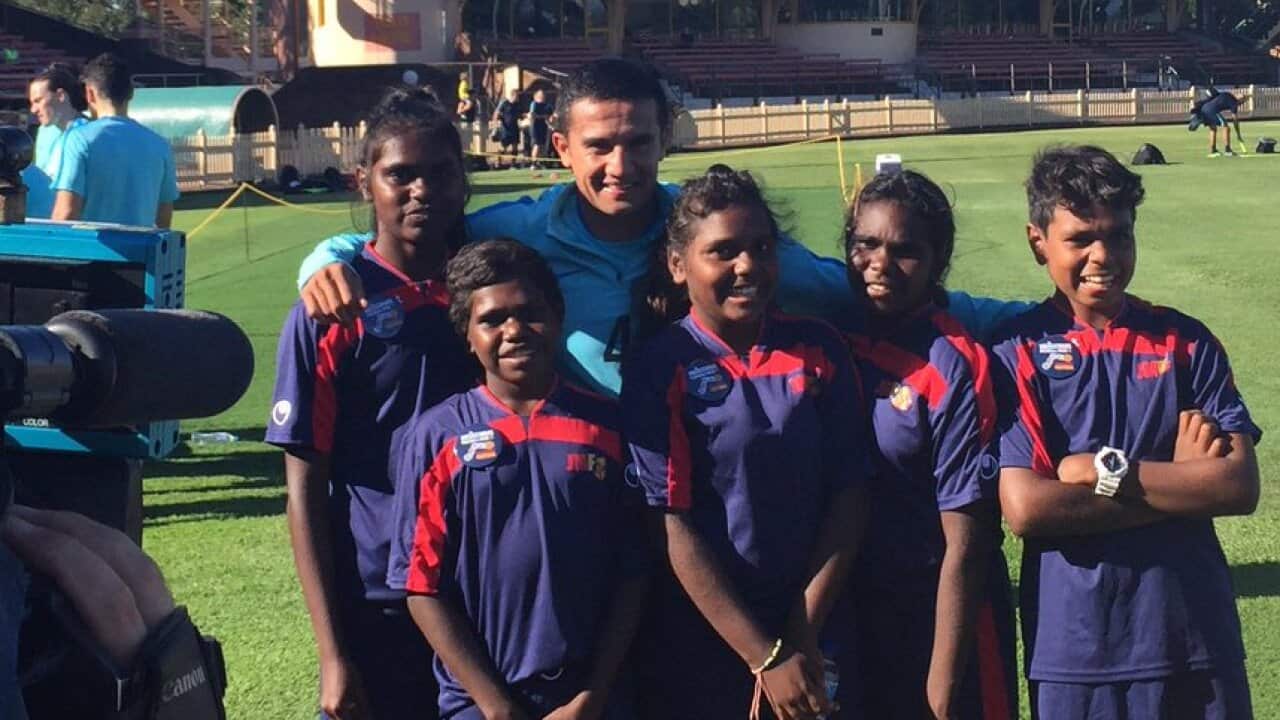 Last year's sizeable $90,000 worth of match fees, which were donated by to Socceroos to the 2016 Indigenous Football Week, helped the youngsters begin their John Moriarty Football (JMF) scholarship journey.

Advertisement
The partnership of JMF, Football Federation Australia, Professional Footballers Australia, SBS and Fox Sports, will use this year's Indigenous Football Week to highlight the achievements of Indigenous players, both past and present, as well as the next generation.

And Cahill, who is the 2017 Indigenous Football Week patron, said he is fortunate to be involved with such talented and passionate future stars.

"What John Moriarty and his team have been able to achieve in such a short period of time is truly amazing," Cahill said.

"I’m proud to be the patron for Indigenous Football Week 2017 and raise awareness for the great work that John Moriarty Football has been doing in creating opportunities in football and in life for Indigenous kids.

"I was lucky enough to meet some of the kids last year and I have no doubt that JMF will uncover future Socceroos and Matildas."

Progress since last year's Indigenous Football Week has been rampant and John Moriarty, Australia's first Indigenous player to represent his country, said he is anticipating another successful week in 2017.

"Indigenous Football Week 17 will again shine a spotlight on our work to support and nurture young Indigenous athletes with the talent and potential to succeed through sport - whether at grassroots or the highest national and international levels of the game," Moriarty said.