One should not read too much into a friendly international two weeks before the 2018 FIFA World Cup kicks off but two instances in Australia's match against the Czech Republic stood out like a beacon. 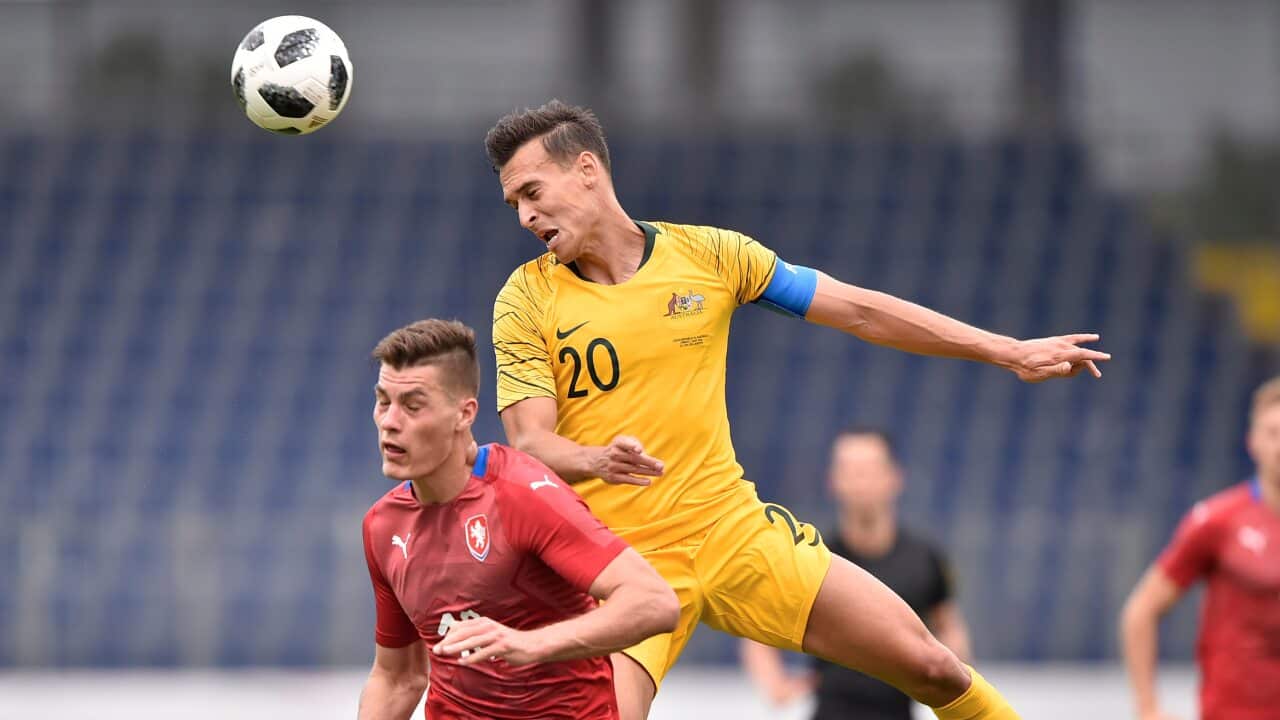 They showed very clearly that the Socceroos have the potential to cause some damage in Russia against the likes of France, Denmark and Peru.

All of a sudden the Australians' date with Les Bleus in Kazan on June 16 is looking less formidable and fearsome.

Bert van Marwijk's men crushed the hapless Czechs 4-0 in a trial in St Polten in Austria and the result no doubt will raise a few eyebrows and turn a few heads around the world.

Advertisement
Many people would want to have a look at the match video or at least the highlights to see how on earth a strong European football country was taught a lesson in the art of finishing by the goal-shy Australians whose leading scorer in the qualifying campaign was Mile Jedinak, a defensive midfielder.

They would see plenty of positives from the Socceroos' performance, particularly two occasions that should fill every Australian supporter with hope.

On the half hour, at the end of a prolonged attack involving the whole team, Tom Rogic came into the game when he found overlapping Josh Risdon with a weighted pass into space.

The right back did not even have to control the ball and promptly swept a cross to the far post where Robbie Kruse came from the blind side of the Czech defence to hit the ball first time across goal for Mathew Leckie to slot the ball home and give the green and gold the lead.

It was a team move that was breathtaking in its simplicity and stunning in its perfection.

The Czechs had most of the play before that goal but they did not create such a good scoring opportunity that just had to produce a goal.

The second telling moment came 26 minutes into the second half after Andrew Nabbout had virtually booked his seat on the plane to Russia by putting the Socceroos two up with a well-taken goal, his first in a green and gold jersey.

Aaron Mooy, who had a strong game in midfield, won the ball in his own half and promptly went on a positive run along with three other players in a four-versus-two situation before inviting Leckie into the action.

The Hertha Berlin winger dismissed the challenge of his direct opponent with his customary cutback inside with his right foot and found the net with a low shot to goalkeeper Tomas Koubek's near post with his left.

The goal showed what rewards await the Australians if they are diligent and aggressive enough to win the ball back and positive and bold enough to stream forward in numbers when the opportunity arises.

A late own goal gave the Socceroos one of their most emphatic victories on European soil.

Van Marwijk of course knows that the French, Danes and Peruvians will provide much sterner opposition in Russia but the coach was reasonably satisfied with his team's performance.

He also mentioned a few things that his players did not do particularly well in the first part of the match when the Czechs had more possession.

He could have been alluding to two instances when his men were caught out in transition after losing the ball upfield. Have we not heard this before.

The Socceroos were too slow in tracking back and captain Trent Sainsbury was forced to come to the rescue with an exemplary tackle on Jan Kopic who was away on the right.

Goalkeeper Mat Ryan then came out to narrow the angle and block Kopic's effort after the winger had broken clear again.

The Socceroos will want to sort out this problem that has become more glaring since the middle stages of the qualifying campaign.

Previous coach Ange Postecoglou did not see it as a major problem. Hopefully van Marwijk recognises and fixes it.

But all in all we really should not complain too much about a solid all-round display against a top European nation even though the Czechs are in a transition phase after failing to qualify for the World Cup.

The Australians will wind up their preparations for Russia with another international against Hungary in Budapest at the weekend.