Australia players take note of everything their coach, Ange Postecoglou, says about them, whether it is to their face or to the public, via the media. They know he has got their backs and they love that fact. 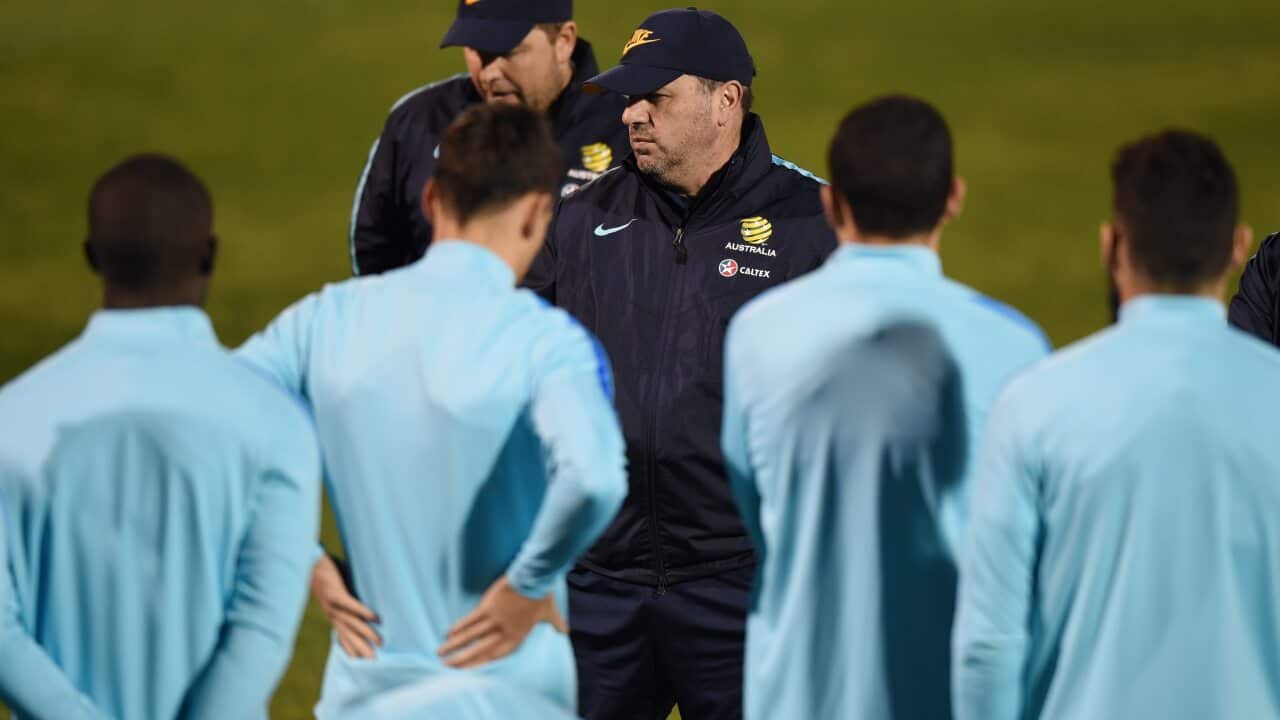 Postecoglou has been on something of a crusade for quite a while now, to educate people on the worth of the Socceroos, as individual players and as a team, and to install the belief that higher ambitions are realistic.

He started off by saying that it should no longer be enough for Australia to be satisfied with qualifying for a FIFA World Cup and that the real aim should be to do something once they get there.

The end goal, he said, should be to eventually lift the trophy and not just dream of what that would be like.

Advertisement
Postecoglou also registered his dismay at how Socceroos stars Aaron Mooy and Tommy Rogic don't get the credit they deserve, in comparison to England players, after their displays in the recent international.

He has questioned the traditional Australian pride of holding the underdog status and suggested that such an attitude is, in fact, unhealthy.

“Even when we were great with our golden generation, what we liked about it was that we were punching above our weight as a nation," Postecoglou said.

"We revelled in that. We're uncomfortable if all of a sudden I'm telling people we don't want to be the underdog anymore.

"Maybe that confuses people a little bit, but we've got to get to that point."

Postecoglou’s campaign has continued with his demand for better pitches in Australia after the Socceroos were forced to play on a sub-standard ANZ Stadium surface against Greece on Saturday night.

While Australia won 1-0, they will again play Greece again in the second international of the Dodoni Series at Etihad Stadium on Tuesday night.

Postecoglou is determined to change the perception of the Socceroos and his players deeply appreciate what he is aiming to do.

Asked if he thought people were listening to Postecoglou, Mathew Leckie told The World Game: “I hope so, because when he talks about the likes of Aaron Mooy - he’s a player who has played in the A-League and had a great season but he is also doing it at national team level now.

“We’re gradually building on getting a big base of fans and followers for the national team and hopefully that can continue, because I think the football we play is very exciting and a lot of people are jumping on-board at how well we’re doing it.

“We were successful in the Asian Cup and we’ve also played well against some massive nations outside of that. We just need to take that next step and we’ve still got a couple of years until the World Cup, so we can only get better.”

Meanwhile, Nathan Burns said the message Postecoglou was trying to get across was very important.

“We know the ability in this team,” Burns said.

“There was a time when a lot of Socceroo players were based in England and I think this generation is now very close to making some big moves to bigger clubs.

“I think the point Ange is trying to get across is that, as players and supporters, we need to believe in ourselves because other people fear us, so we just need to have that belief.

“I think a lot of fans are really enjoying this period with the Socceroos. A lot of people I speak to are pretty excited at the moment.”

Imported coaches, who arrive to coach the Socceroos are not looking at the long-term future of the game in Australia - they are inevitably driven by the desire for short-term results that trigger contract bonuses.

Perception is not something they are particularly worried about.

Burns said it was probably only a home-grown Socceroos coach like Postecoglou, who could take the sort of attitude that he has taken.

“He’s a fan of football in Australia and a believer as well, so he has a vision that extends further than just his job,” he said.

“He’s obviously connected to the game here, like we all are, which makes it that much more important to him.

“I think the players do believe now, I think he has given us that belief that we can all go to good clubs and if we keep playing well against teams like England and do well in the World Cup all the players will be at big clubs. It’s just a matter of time, I think.”

“I think it’s just about him wanting the public to believe in the Socceroos as much as we believe in ourselves,” Geria said.

“We believe in how he wants us to play and how good we really are. I know we’re convinced, as players, and I believe the majority of football fans in Australia are convinced. It won’t be too long before the rest of Australia is convinced as well.

“We know what we’re trying to do and what Ange wants us to do and we’ve all bought into that, but we’re in a country where football’s not the biggest sport. We’ve got AFL, the rugby codes, cricket, so it’s going to take some more time and some more hard work to get the credit we deserve.”