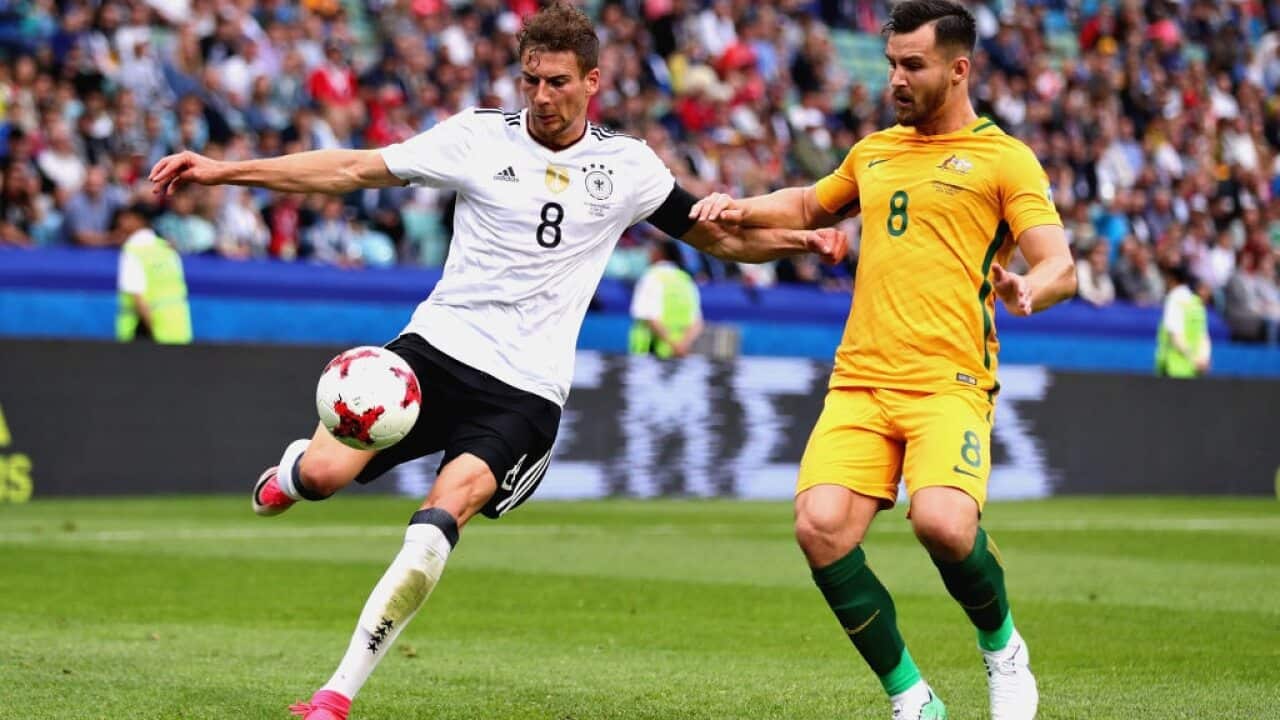 Wright was under the gun - along with fellow stoppers Milos Degenek and Trent Sainsbury - on a torrid night in Sochi which exemplified the current schizophrenic nature of Australia's game.

Hesitant and porous in the first half as the world champions threatened to turn the contest into Deutsch waltz, Australia were combative and controlled after the interval but were still flattered by the 3-2 scoreline.

"It was disappointing," said Wright. "Over the course of the 90 minutes we didn't do what we wanted to do.

"But on the positive side we have another game in a couple of days against Cameroon and we will be up for that.

"Maybe we showed Germany a bit too much respect ... in the first half we didn't take the game to them as much as we should have.

"In the second half, we showed we were fitter and stronger and capable of doing that to them.

"It's frustrating ... we know what we needed to do and didn't do it enough."

Wright sees an upside in Australia's new 3-2-4-1 formation, insisting the players are embracing it and the kinks will be ironed out.

"We enjoy it ... every time we come together we want to get better at it and win games of football.

"But from our point of view it's still not good enough because we didn't win the game.

"But we are growing as a team and getting better."

Veteran Tim Cahill, who made a late entrance for a brief cameo, sees life in Australia's campaign with Cameroon and Chile to come.

"We take no points but the fact we played really well," said the 37 year old three-time World Cup finalist.

"It must have been a good game to watch but a disappointing one to lose.

"We were confident going in but in the end they were the better team."