Socceroos tactical change: Did Ange get it right?

The recent flurry of activity by the Socceroos - seven games in three months - has been a revelation in how a coach grapples with tactical transition and evolutionary change. 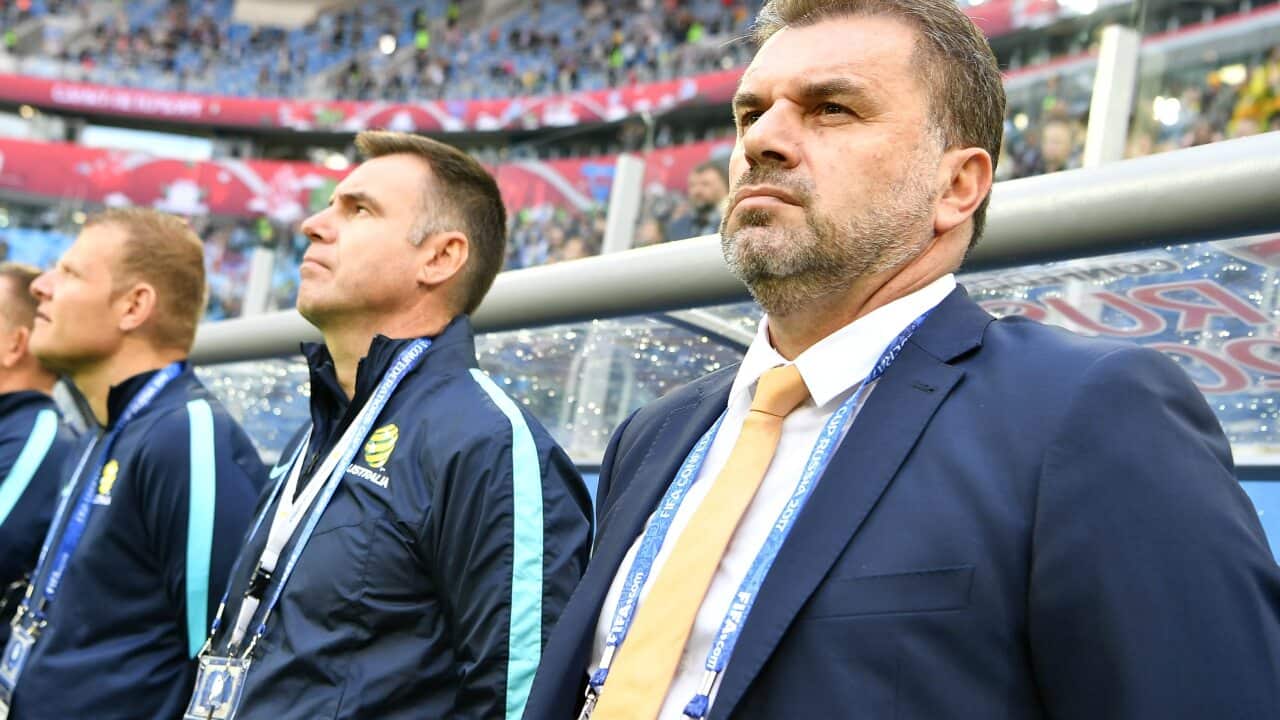 For such changes to be successful you need, first and foremost, a coach who is stubbornly steadfast in his conviction and his belief that the changes are necessary and will work. In Ange Postecoglou we have such a coach.

For six of those seven games - the first six - Postcoglou's latest attempt at tactical change fell short of the desired affect. In none of those games, against Iraq, UAE, Saudi Arabia, Brazil, Germany and Cameroon, was Australia entirely in control.

But against the formidable Chile it finally clicked.

Advertisement
Whatever one's view of Postecoglou he can only be admired for the strength of his conviction and belief. We have never had a national coach with such levels of belief in the team and the mission he is on. In this sense he will be very hard to replace.

Many in punditry have questioned Postecoglou for his lofty ambition, however strong and reputable the opposition. For example his decision to play 3-4-3, given that it's a very pro-active, attacking system was seen by many as being too cavalier and not sufficiently cautious or pragmatic.

This misunderstands the transition the coach brought to the spirit of the team ever since he first took it over from the cautious Holger Osieck. The way Postecoglou saw it he had to restore an attacking confidence in the players after successive coaches in Pim Verbeek and Osieck. This has worked, resulting in the team winning its first Asian Cup in 2015.

This turn towards a no-fear mentality began with the draw for the 2014 FIFA World Cup which placed Australia in a horror group with Spain, Chile and Holland.

There, in the stifling heat of Bahia, Postecoglou told me he welcomed the draw, saying we come to the World Cup to play strong teams not weak ones.

The coach was true to his word by taking the game to Chile in the opening World Cup match where his team was most unlucky. And so it went on against Holland and Spain, the teams that contested the previous World Cup final.

By the time the Asian Cup came around, seven months later, the new mentality of self belief had matured and won Australia the tournament.

READ MORE
Why Postecoglou must double down on his approach

We all thought then that all was well and on track for future challenges: Australia would continue playing the same way, with the same attitude and the same playing system. Until last October when began a mediocre spell of four straight draws in World Cup qualifiers, including an embarrassing 2-2 with Thailand.

We can safely surmise that it was at that point that Postecoglou decided to make a change: abandon his favourite 4-3-3 system and switch to 3-4-3. Ange might deny this but it's difficult to see him make that change had his team won all four of those games or at least some of them.

The move had its dangers. The players were largely new to the system and it hadn't been tested in friendlies or hit-outs before it was tried in a qualifier against Iraq.

It didn't look good for the next six games even though Australia won two of them. The three man defence looked brittle as the Aussies conceded 11 goals in the six games. In attack the old flow and the penetration were both gone.

And then finally came the game against Chile when suddenly everything clicked. The defence held, the flow going forward was back, chances were created. And this without the two match-winners, Tom Rogic and Aaron Mooy. Australia was excellent that day.

One doesn't want to count one's chickens but would like to believe that this will be the order in the coming two World Cup qualifiers against Japan and Thailand.

What has been fascinating for me was to observe how Postecoglou managed the transition. To be sure it hasn't been a broad transition, only a tactical tweak from 4-3-3 to 3-4-3 (or if you want to be pedantic, 3-2-4-1), going from four defenders to three and three midfielders to four.

It would not have been easy for a coach to alter a system which, by and large, worked well for him in 36 games. It's a commentary on the bravery of the man that he did it.

The rest depended on Postecoglou's renowned capacity for self belief, his sense of conviction that his decision is the right one for the team and the mission. And this in the face of quite some scepticism about the change, including from me.

We wait to see where the change leads. But I would be willing to place a wager that Ange will prove to have been right.