Socceroos: The state of play

As someone who was at Upton Park in 2003 to witness Australia’s historic win over England I guess I should have been peeved that the outcome was not repeated in Sunderland the other day. I wasn’t. 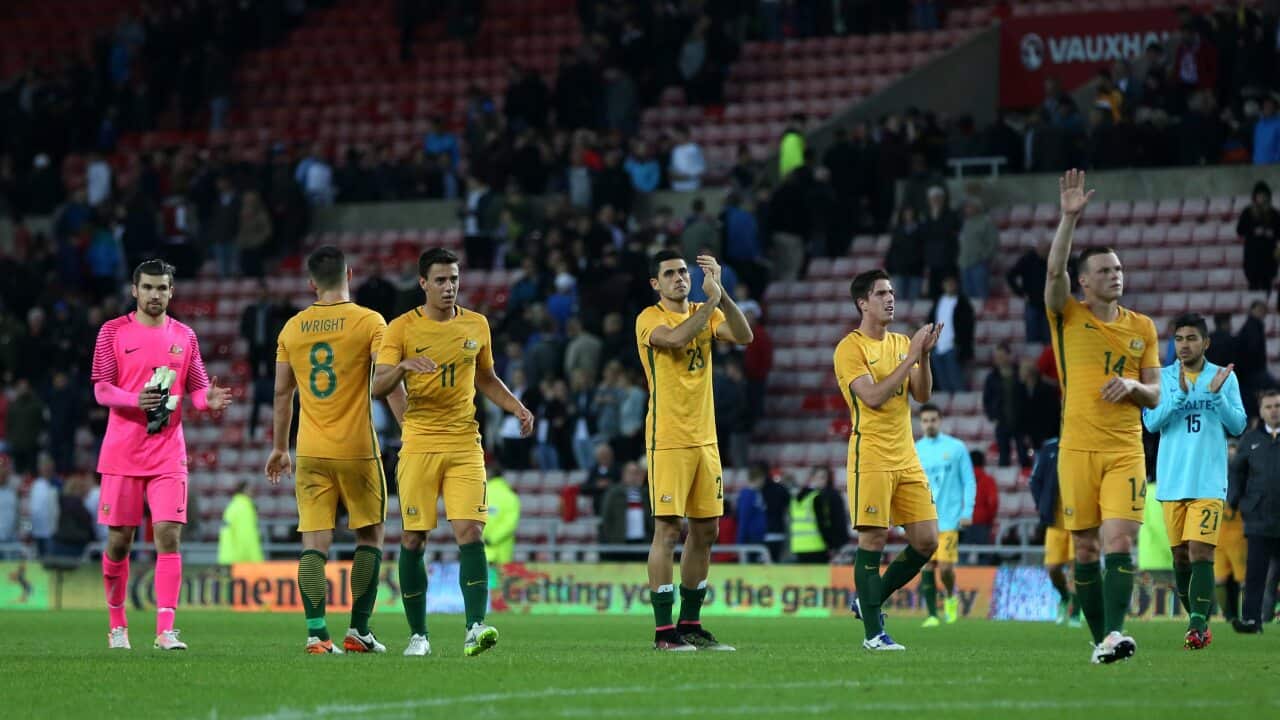 Basically because it could have been repeated so easily. If anything the Australians played better and were more dominant than they were then.

As we know, and as we are told time and time again, results don’t much matter in friendlies, at least not as much as they did when I was a kid. What matters is the performance, the way the team tries to play and what is the juncture the game represents in the team’s preparation for a bigger contest.

Advertisement
What I saw was an Australia side missing some key players, yet which played brave, attacking football with a unified purpose and set of ideas.

As Ange Postecoglou said post-match, it would have been disappointing if the team didn’t play good football. But it did, out-passing, out-possessing and out-attacking its highly ranked opponent away from home in the chill of north England.

It is how we like it and how we expect an Australian team to play.

Now comes Greece, not once but twice, and no doubt we will learn more.

It takes me back to a different time, when Australia first played Greece in 1969. The visitors came for a three-match ‘test’ series (yes, that’s what they called it) down under.

No doubt the visitors were invited as a cash-grab opportunity, given Australia’s large Greek immigrant population. This was common in those times and it worked. The crowd sizes were good, in proportion to the level of football’s popularity then, and, as expected there were more in the crowds rooting for Greece than there were wanting Australia to win.

I was among the 30,000 at the Sydney Cricket Ground to watch the opening game of the tour. The Greeks came below full strength, leaving most of their established internationals at home. The only star player they chose to bring was Mimis Papaioannou, a celebrity with AEK, a stocky, swarthy trequartista of immense pace and dribbling ability, an early day Greek Maradona.

He came on as a sub at the start of the second half after a dull and ponderous first. Within seconds he had the Australian defence, marshalled by Manfred Schaefer and Alan Marnoch, mesmerised, sending them scattering.

The Greeks in the gallery went nuts. One fan in front of me turned around and yelled to me, ‘And he’s the only one that came.’

As it turned out Greece lost. Atti Abonyi converted a penalty on 60 minutes to give Australia a 1-0 win. The second game, in Brisbane, was drawn 2-2, an acrimonious, rugged affair in which one Greek player as well as the visitors’ coach were sent off.

In the third match of the series Australia lost in Melbourne, in front of a capacity 24,000 at Olympic Park, 2-0. Dedes and Papaioannou scored. The series was tied. It was a good outcome for an Australia made up of part-time players.

These are, of course, different times. Greece is now ranked 37 in the world. There were no FIFA rankings in 1969 but I daresay they would have been ranked lower then if there were.

The most recent visit to Australia by Greece was in 2006 when the Greeks came as European champions. In Melbourne the Aussies, being prepared for the World Cup of that year by Guus Hiddink, won 1-0.

For Postecoglou, Greek-born, the two games against the country of his birth may well have a special meaning. But I doubt if he will care too much about that.

What he will care about is where the team is on the journey to Russia 2018 and what he means to achieve there. He will not fear Greece and neither will the players. He will make sure of that.

In 1969 the Socceroos saw themselves as underdogs against Greece. Those days, thanks to a process began by Hiddink and now cultivated by Postecoglou, are long gone. Postecoglou’s comment before the England game, ‘I don’t believe in this underdog crap’, is significant and instructive.

As Australia look ahead to the next phase of World Cup qualifiers, beginning in September, they are in a good place. In my long tenure as a Socceroos observer never have I felt more confident at a corresponding  juncture that Australia will qualify for the next World Cup.

Ange talks a lot about the Australian public, and the media, not paying enough respect to the Australian players and the team, citing a cultural cringe. He nominates the rave reviews given to Marcus Rashford while ignoring the excellence of Aaron Mooy and Tom Rogic as an example.

He is right. These are very different times to 1969 when Schaefer, Marnoch and Abonyi were part-time footballers. Could Mooy and Rogic cut it in the English Premier League, as Rashford has done? Ange would say, yes, and I would agree.

It is time for us all to dump this colonial thinking. For one thing it might affect the team. And what Ange is mostly about is ensuring that the Australian players have the self-confidence to take on and have a go at the opposition, whether it be England, Greece or Germany. As they should and indeed have done ever since he took over.

And you can bet that, home or away, the Australians will have a go at their next World Cup opponents, whether it be Iraq, Saudi Arabia, UAE, Japan or Thailand.

It is, after all, the Australian way.