The Socceroos will face Honduras next month in an intercontinental playoff for qualification to the 2018 World Cup in Russia after a drama-filled final round of CONCACAF qualifying. 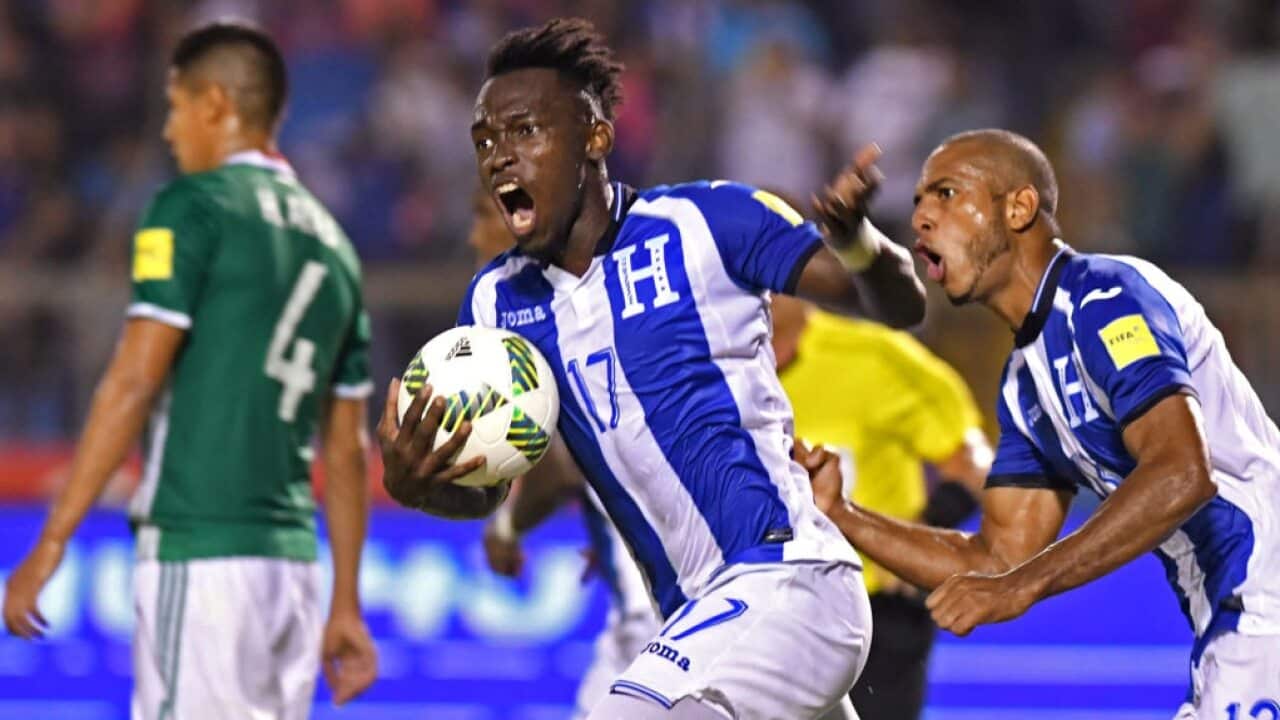 Australia ensured their spot in the Inter-continental playoff with a 2-1 victory against Syria on Tuesday at ANZ Stadium which sent them through 3-2 on aggregate, while Honduras shocked mexico 3-2 to keep their World Cup dream alive.

A two-legged play-off against Panama or Honduras before Wednesday's last set of fixtures loomed large, with the United States in the box seat to qualify directly in third spot.

But the Americans were shockingly eliminated after a 2-1 loss to stragglers Trinidad and Tobago to miss out on a first World Cup since 1986.

Honduras sealed fourth spot and a Socceroos play-off via their 3-2 upset of group winners Mexico.

Australia's final qualifying tie will be played over two legs in a home-and-away series some time between November 6 and 14, with the second leg confirmed for Sydney's ANZ Stadium.

This is the first time since 2005 the Socceroos have had to play an inter-continental playoff when they defeated Uruguay on penalties to qualify for the 2006 World Cup.

The games stand to be Ange Postecoglou's last as national head coach after news broke on Wednesday that he plans to quit in November even if the team qualify for Russia 2018.

Regardless, he was confident the background work would have the Socceroos well prepared for the last step on their journey.

He just hoped to receive as much financial support as possible for the cut-throat tie.

FFA opened its coffers for the Syria fixtures, providing a charter flight to whisk the squad from Malaysia to Sydney last week, a venture the coach felt significantly enhanced recovery.

"What they (FFA) is doing is trying to be as professional as possible," Postecoglou said after Tuesday night's 2-1 play-off win over Syria.

"I'm not sure the charter flight is an option for this one, but you can certainly can see out there it helped us in terms of our recovery processes.

"I don't think we should smirk at that, that's a fantastic initiative by the organisation.

"They're backing the team and we need those kind of things to work in our favour.

"Same as the pitch - it was in good condition and hopefully it is in a month's time as well.

"All those things make a difference when you're fighting for something which is as big a prize as this and the opposition are going to fight tooth and nail."

Both Mark Milligan and Mathew Leckie will be suspended for the first leg after picking up their second yellow cards of the Syria matches.

The key pair's absence will be a blow, especially given Australia will play the first leg in extremely tough away conditions.