Sociedad down Leganes in La Liga

Leganes' wait for a first-ever home win in La Liga will go on after they were defeated 2-0 by Real Sociedad. 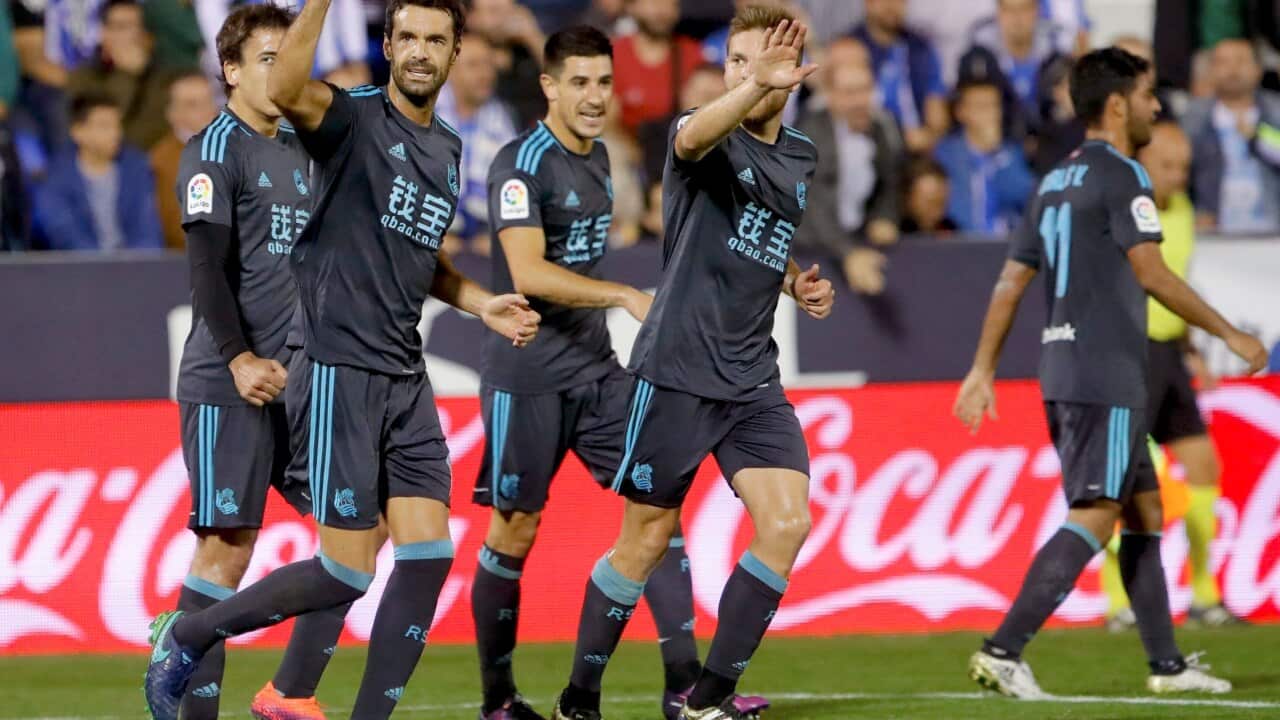 Newcomers to the Spanish top flight this year, Leganes' previous three victories had all come on their travels and they were unable to break their duck in familiar surroundings against a Sociedad side that secured their third win in four without conceding.

Willian Jose and skipper Xabi Prieto grabbed the goals, as they did in last weekend's victory over Alaves, to move the visitors up to sixth.

Sociedad had already gone close through Mikel Oyarzabal when Willian Jose made the breakthrough in the 29th minute by heading home a right-wing cross from Carlos Martinez, with the two Leganes defenders in the vicinity only able to stand and watch as it was nodded into the corner.

Advertisement
A second goal arrived just before the hour mark through Prieto, who was on hand to apply the finish after a shot from David Zurutuza was spilled into his path by goalkeeper Jon Ander Serantes.

Leganes pushed for a consolation but a back-post scramble somehow ended up in Geronimo Rulli's arms and substitute Robert Ibanez scooped over.