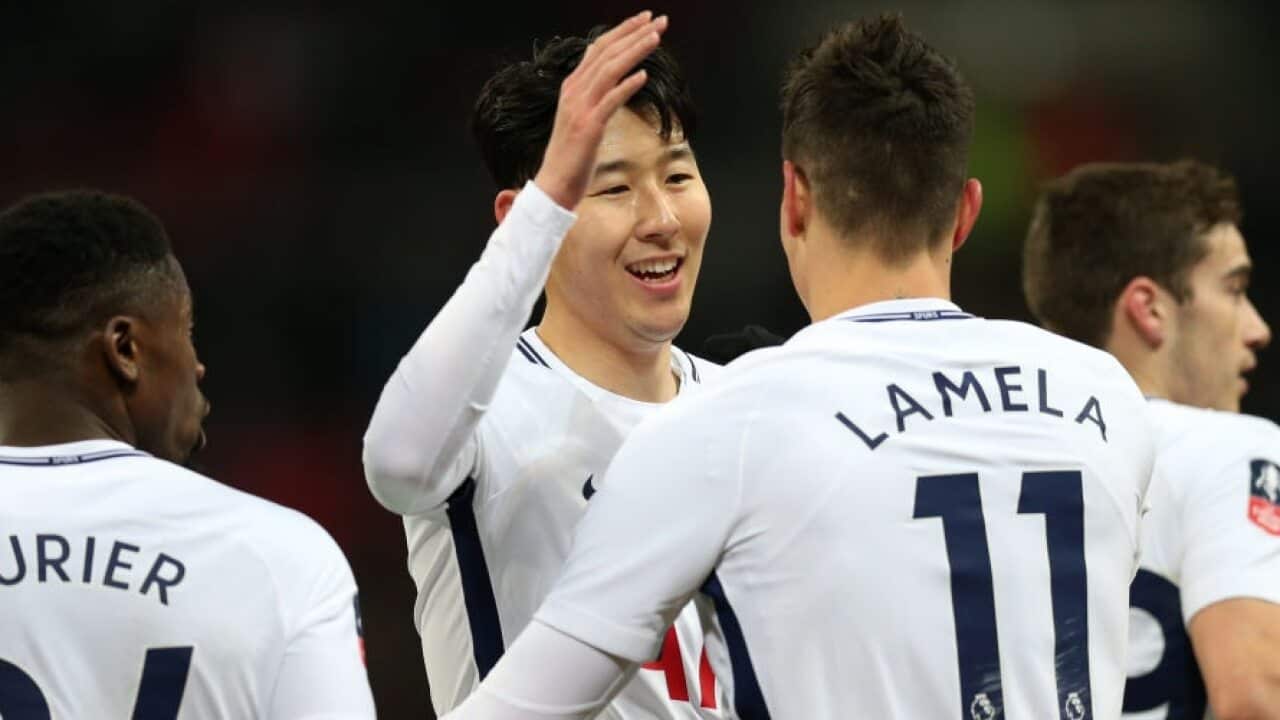 Lamela, 26, returned to first-team action in November after over a year out with hip problems, and made 33 appearances during the second half of the campaign.

Since arriving at the north London club from AS Roma in 2013, he has scored 23 goals in 154 appearances.

While 26-year-old Son has netted 47 goals in 140 appearances for Mauricio Pochettino's side since his move from Bayer Leverkusen in 2015.

"I've learnt so many things in the last three years and we're all looking forward.

"We deserve to win something and deserve to make some history. It's time to do it and to believe in ourselves. I'm always positive with the lads and looking forward to playing again in the Premier League and the Champions League."

He took his scoring touch to the 2018 FIFA World Cup in Russia where he netted twice for South Korea, including the second in a memorable 2-0 group stage win over 2014 winners Germany.

Son will join the Spurs squad on their tour of the United States where they will play in the International Champions Cup against AS Roma, Barcelona and AC Milan.

He will be available for the opening Premier League fixture at Newcastle United on Saturday August 11 - LIVE, FREE and in HD on SBS - before he travels to Indonesia to represent his country at the Asian Games.

Having not signed any players in the close season, Spurs are looking to secure the long-term future of key squad members.

Striker Harry Kane and defender Davinson Sanchez also agreed improved terms ahead of the World Cup, along with Pochettino, as the club move to a new 62,000-seat stadium next season.