Jaushua Sotirio started in the last five games for Western Sydney Wanderers and scored their most recent goal but there was no room for him in the extended squad named by coach Tony Popovic for Friday night's Round 26 match against Central Coast Mariners at Pirtek Stadium. 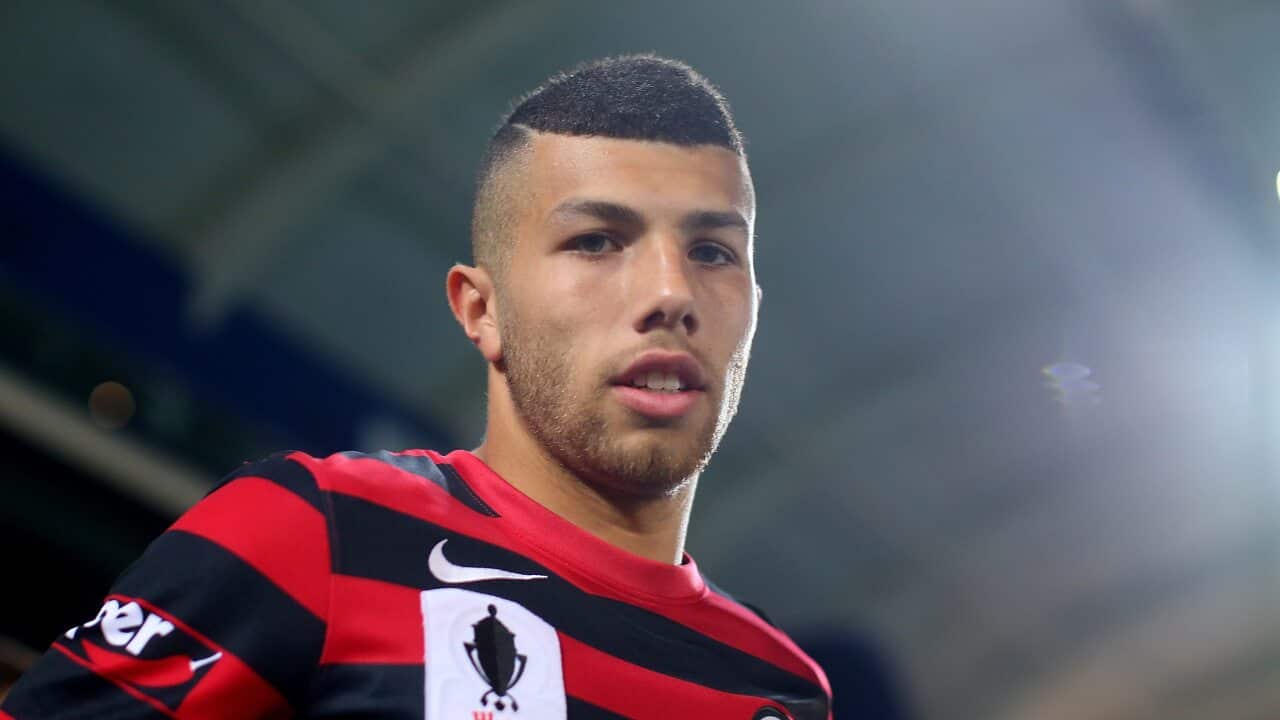 It remains to be seen how Popovic sets up his starting side - for what is a must-win match for the Wanderers in the race for the Premiers' Plate - but it is obviously going to look different in the front third, at least, with Sotirio not there.

Advertisement
Will Popa start both Dario Vidosic and Romeo Castelen on the wings, to go with Mitch Nichols as the attacking midfielder in the centre and Mark Bridge at the front of the attack, or could he be planning something more dramatic?

Perhaps Bridge back out to the left wing and either "super-sub" Brendon Santalab or Golgol Mebrahtu up front? That would obviously be a dramatic shift in thinking this late in the season but Popovic may feel he needs to do something to shake things up.  We'll have to wait and see.

The unfortunate fact is the goals have dried up for Wanderers recently. Goalless in their last outings they have scored just six in their last six and their impotence is hurting them on the table.

Last week's 2-0 away loss to Melbourne Victory, which followed a 0-0 home draw with Adelaide United, saw them drop from first to fourth in the incredibly tight battle at the top of the A-League.

Bridge and Nichols (nine goals each) and Santalab (six) have all done a great job in keeping enough goals coming after Popovic decided mid-season that it wasn't working with Italian marquee striker Federico Piovaccari (two goals in 12 games) and he was axed from the team.

But the goals have stopped coming for all three at once, with one goal from Santalab the only contribution from the trio in the last six rounds - resulting in just two wins and two draws.

Sotirio scored his only goal of the season when the Wanderers beat Newcastle Jets 1-0 away in Round 24.

If ever there was a game that offered an opportunity for a team that is still creating enough actual chances, as is the case with the Wanderers, to start sticking the ball away again it is a home clash with confirmed wooden spooners Central Coast.

The Mariners have conceded a whopping 62 goals in their 25 games, including 12 in their last four. They have lost seven of their last eight.

The fact the Wanderers are playing Mariners may convince Popovic it is a good time to stay with Bridge up front. The chance is there for them to find their goalscoring touch again when it is absolutely necessary.

The World Game arranged an interview with Sotirio ahead of the squad being named for Round 26, but by coincidence did not speak with him until after it had been announced.

Asked if he knew why he had been left out, Sotirio said he wasn't sure and that he would just have to bust a gut at training to try to get back in for the final regular season game against Wellington Phoenix away.

"Yeah, I've started the last couple of games and had a lot of game-time, so I'm not sure," Sotirio said. "I hope to play next week, or whenever I get an opportunity to play next.

"It's up to the boss and his coaching staff what they think is best for the game. All I can do is keep working hard at training to try to get back in.

"You always want to play for your club, but everyone in our squad is able to do a job and that's the good thing about our team."

Popovic presumably wasn't happy with 20-year-old Sotirio's performance against Victory. The coach brought both Santalab and Castelen on in the 55th minute, for Sotirio and Vidosic, to try to make something happen, but a 1-0 deficit at the time  could not be overturned

Sotirio said the mood in the team was still very positive.

"Yeah, we're not thinking negatively or anything like that," he said. "We're being positive about the last two games and our chances of finishing high on the table, but we have to win both games to do that."

He said the Wanderers wouldn't be making the mistake of taking Central Coast lightly.

"You can't take any team lightly, you can't risk underestimating the opposition," he said. "There will be a game plan about how to play against Central Coast. We were doing well before going downhill a bit last week, but we're still positive.

"I think we've just been a bit unlucky in the final third. Sometimes we don't take opportunities, but if we can be more clinical we'll get rewarded in the end because there's no doubt the chances are being created."