South Melbourne Football Club are confident they will be successful in a bid to join the A-League after meeting with Football Federation Australia. 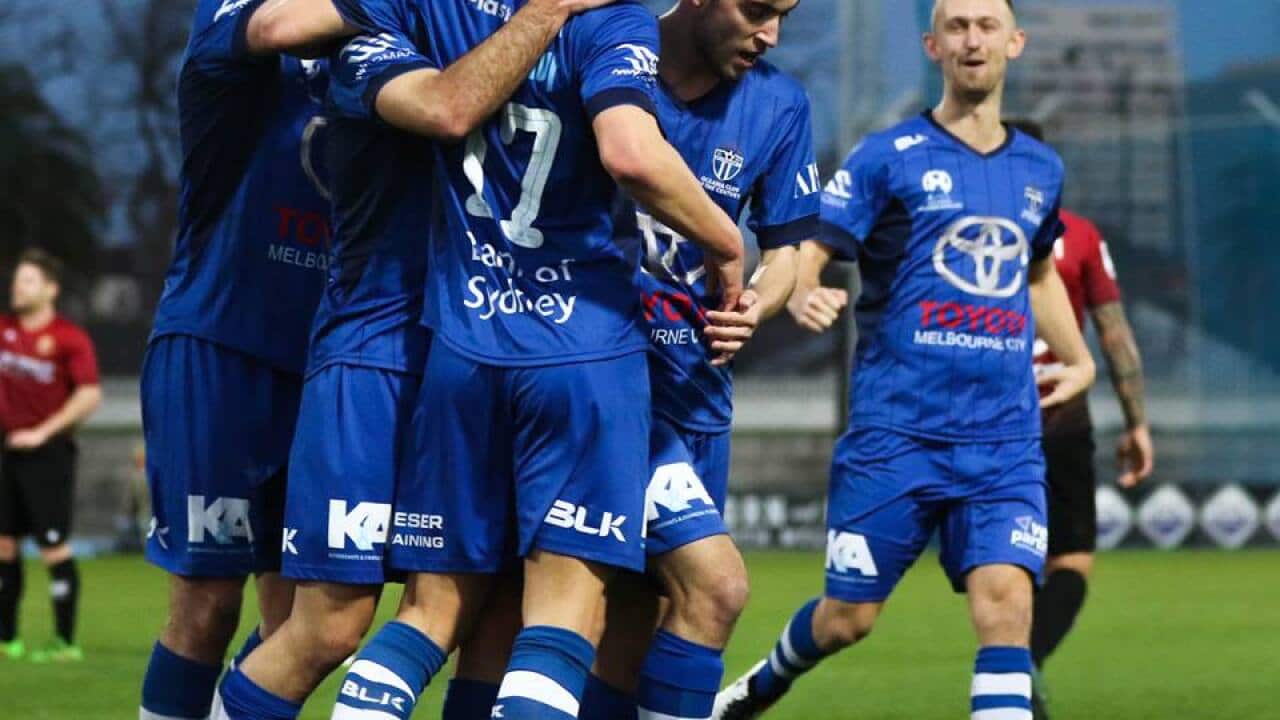 Representatives from the former National Soccer League club met with FFA CEO David Gallop, and Head of the A-League, Greg O’Rourke, in Melbourne ahead of last night’s FFA Cup Final.

South Melbourne Advisory Board Chairman Bill Papastergiadis says the club will enter its bid as soon as the bidding process begins early next year.

“We are the stand-out bid because we can offer what no else can - we can offer a team that’s ready to start immediately,” Papastergiadis said.

“South Melbourne is actually ready to start up next week; we won the NPL Victoria title last season for the third year in a row.

“We have already set aside $5 million dollars for our first year player budget and we’re also talking to some high profile international footballers as we speak.”

The club has a 40-year-lease at Lakeside Stadium which has capacity to hold 15,000 spectators.

Postecoglou led the club to the NSL title as both a player and coach.

He’s a powerful figure in Australian football and Papastergiadis says the club will use that to its advantage.

“We’re going to reach out to Ange, we have close connections with him, we’re confident he will be part of the family going forward,” Papastergiadis said.