When Nasser Al-Shamrani was recalled to the Saudi Arabia squad for the first time in almost two years the narrative was set. 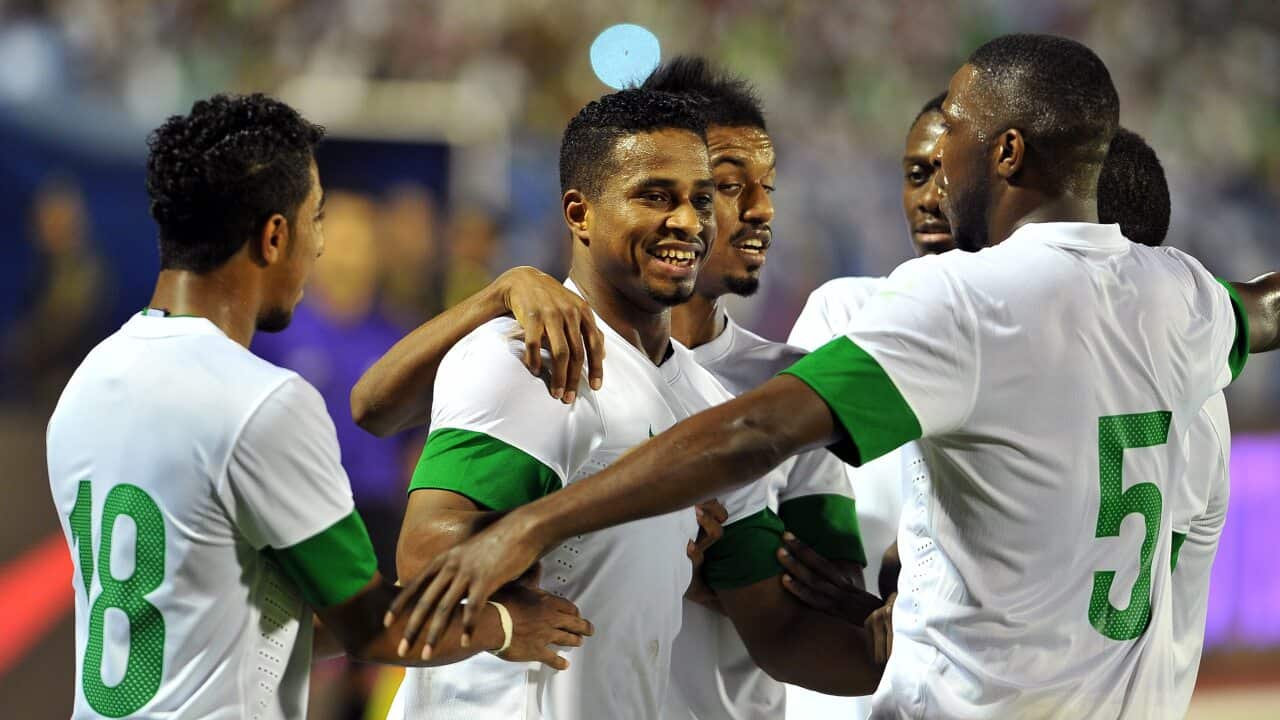 This was Australia versus “the spitter” as he’s been dubbed by some sections of the media, the first time the two will meet since that infamous post-match scrap after the 2014 AFC Champions League final between Al Hilal and Western Sydney Wanderers.

It may have been almost two years ago, but that moment of Al-Shamrani headbutting and spitting at the Wanderers players lives long in the memory of Australian football fans who have been desperate for a rematch with the fiery striker.

The World Game attempted to speak to Al-Shamrani, but unsurprisingly the Saudi team denied our request, insisting their players focus on the football rather than media.

Advertisement
The other party in that ugly scrap, Matthew Spiranovic, has spoken ahead of the game, insisting he has moved on from the incident.

"It's in the past,” he said this week as he and his Socceroos teammates prepared in Jeddah. “It doesn't play on my mind at all. If he wants to carry on I'll let the governing bodies worry about that, and I'll just worry about my job."

Spiranovic is one of the few players in the Australia squad who has experience playing in front of a hostile Saudi cauldron, which may come in handy with a typically raucous crowd expected to fill the impressive King Abdullah Sports City Stadium in Jeddah on Thursday evening (Friday morning AEDST).

"I've never played in front of such a crowd. It was surreal,” he said of the 2014 AFC Champions League final.

“They've started well, two games, six points. I'm sure that the locals will get out and support the team.”

It’s an advantage that plays well for Saudi Arabia, who have lost just one of their last 12 FIFA World Cup qualifiers at home – a 1-3 loss to Australia in Dammam in 2011. The goal scorer for Saudi Arabia that night? You guessed it, Nasser Al-Shamrani.

But while the focus will be on the volatile 32-year-old, Saudi Arabia’s biggest threat is arguably silky midfielder Nawaf Al-Abed.

The 26-year-old, who plays for Al Hilal and was also involved in that infamous final, has scored all three goals for Saudi Arabia this campaign, and all from the penalty spot. His form at club level is just as impressive, with three goals in the opening four matches.

Al-Abed, all 168cm of him, loves to run at players, and get in behind the defence where and when he can. It was doing exactly that that saw him win the decisive penalty in the 88th minute in their last match against Iraq. If he can’t, he’s also not afraid to try his luck from distance.

In an ageing team, one player coach Bert van Marwijk might turn to for a bit of inspiration is 22-year-old Fahad Al-Muwallad.

The highly talented Al Ittihad midfielder, who won the winning penalty against Thailand in their opening match, has started the season in blistering fashion for his club side, scoring three times in the opening four games to help Al Ittihad sit top of the table. It was his introduction at half time against Iraq that helped turn the tide in Saudi Arabia’s favour in the second half, constantly causing headaches for the Iraqi defence.

And the signs of this were on display against both Thailand at home and Iraq in Malaysia. While the Green Falcons won both games, they would perhaps consider themselves lucky to do so.

Against Thailand they rode their luck as the War Elephants pushed for the opening goal, with Teerasil Dangda having the best chance with an open header in the second half, which he could only direct straight at Yasser Al-Mosailem.

They looked equally as sluggish against Iraq a few days later in neutral Malaysia, with their defence resembling statues for Iraq’s opener midway through the first half. Too often players were guilty of gifting possession back to Iraq, who were made to pay for their wasted chances in front of goal.

After the game van Marwijk gave an honest assessment of his team’s performance, admitting his side “did not play well in the first half” but pleasingly for the Dutchman his side kept persevering and played the game out.

While Postecoglou may disagree, World Cup qualifying is ultimately all about winning, so while he wouldn’t have been happy with the performance van Marwijk would have been over the moon with the six points, which sets them up nicely for the rest of the group and a chance to qualify for their first FIFA World Cup since 2006.

While this current crop of players are unlikely to match the feats of the great Saudi Arabian side of the early-to-mid 1990s, which featured legends such as Majed Abdullah, Sami Al-Jaber, Mohammed Al-Khilaiwi and Mohamed Al-Deayea, and qualified for the knockout rounds of the 1994 FIFA World Cup before winning the 1996 AFC Asian Cup, for this squad it is all about qualifying.

None of these players were part of the 2006 World Cup squad and for a significant number, including Al-Shamrani, this will most likely be their last qualifying campaign.

It’s all or nothing, which is often the way with Saudi football.