Wolfsburg were at the top of their game as they put six past Weder Bremen before being awarded with a spine-tingling standing ovation from their fans at the final whistle. 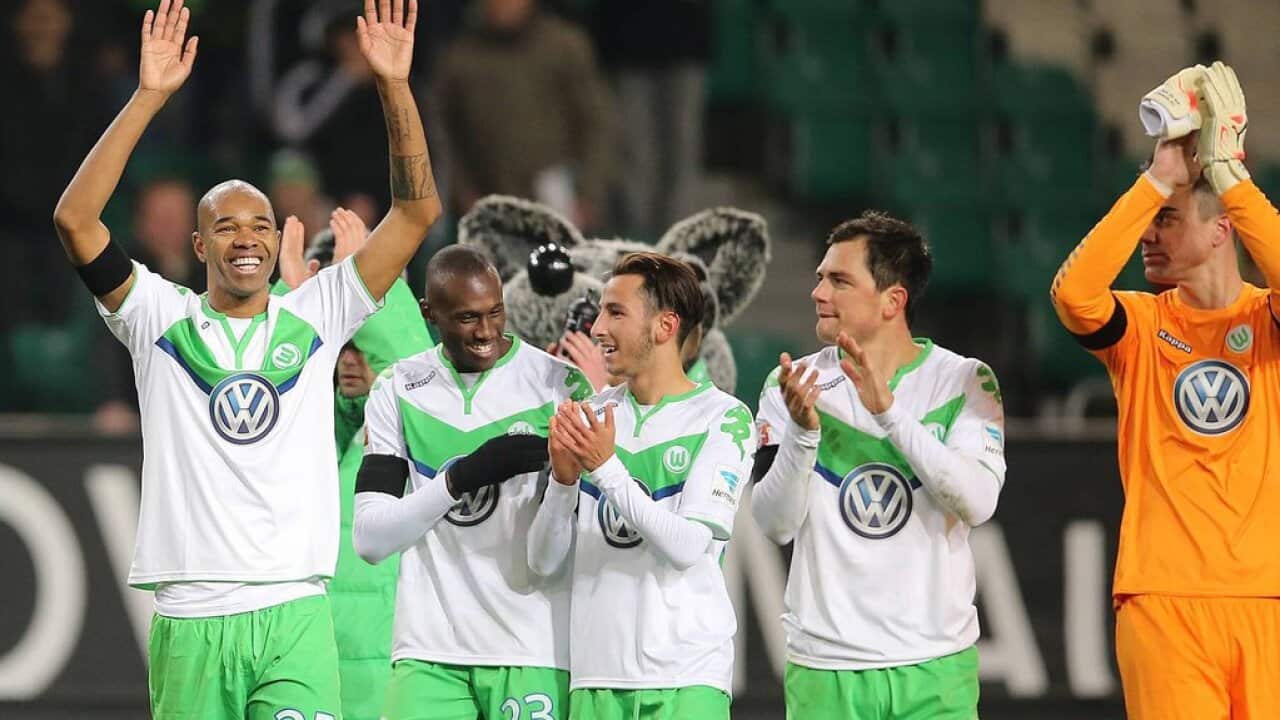 The Bundesliga outfit were able to close the gap on second-placed Borussia Dortmund to five points as goals from Vieirinha, Josuha Guilavogui, Bas Dost, Max Kruse (two) and an Alejandro Galvez own goal sealed a 6-0 victory.

After the ruthless performance Wolves fans united together to clap their team off the pitch with an added twist.

Galvez's own goal got the ball rolling before Kruse added a second on the stroke of half-time with a well-placed header from Vieirinha's cross.

In the second period Wolfsburg continued to dominate as Vieirinha turned goalscorer to put away Marcel Schafer's cross.

Guilavogui made it 4-0 midway through the second half, with fellow substitute Andre Schurrle teeing him up from out wide.

Dost added the fifth from close range before Kruse completed the scoring three minutes from time as Wolfsburg took their record to an unbelievable 29 home games without defeat in the Bundesliga.