Three grand tour winners and a host of the biggest names in Australian cycling are set to race the UCI WorldTour race, Paris-Nice, from March 7-14, with the race set to be broadcast LIVE on SBS HD. 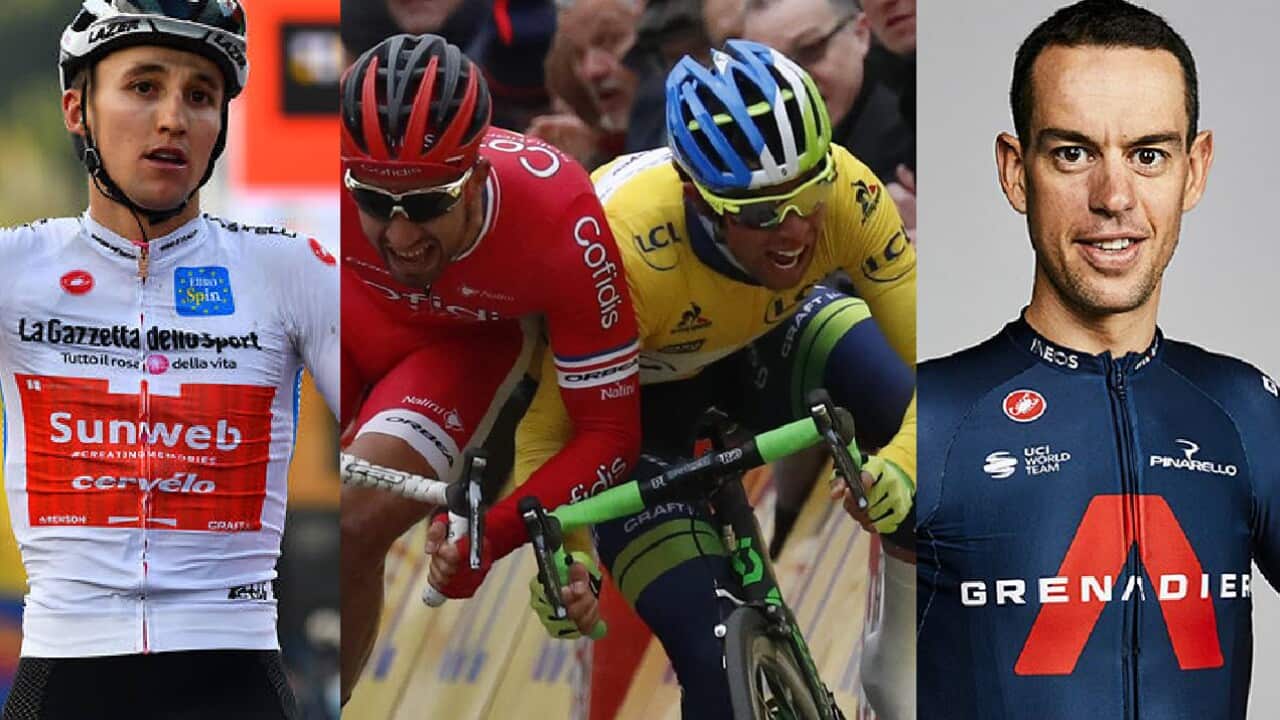 Two-time La Vuelta a Espana-winner Primož Roglič (Jumbo-Visma), 2020 Giro d'Italia victor Tao Geoghegan Hart (INEOS Grenadiers) and 2015 Vuelta winner Fabio Aru (UAE Team Emirates) will be present on the startline for the 2021 edition of Paris-Nice, as the peloton prepares for the traditional start to the big early season stage races in Europe.

There are some top-quality Australians already confirmed for the start of Stage 1 in Saint-Cyr-l’Ecole. 2020 Tour de France podium-finisher Richie Porte will arrive at the race potentially as a foil or in equal INEOS Grenadiers leadership with Geoghegan Hart, while teammate and two-time world time trial champion Rohan Dennis will be one to watch after his powerhouse performances in support of Geoghegan Hart's Giro win.

Michael Matthews (Team BikeExchange) will make his 2021 debut for the Australian squad after returning to the team after an absence of four seasons with Sunweb. He has a long history with Paris-Nice, having won three stages and held the leader's yellow jersey for five stages in the 2016 edition of the race. He also pulled on the golden fleece in the Race to the Sun, the informal title of Paris-Nice, during 2015 after winning Stage 3.

Bouhanni and Matthews remonstrate with each other at Paris-Nice Source: Getty / Getty Images

Primož Roglič (Jumbo-Visma) shapes as one of the big favourites after his very impressive 2020 season, hitting the ground running in the early season with a win at Tour l'Ain, following that with dominant form during the Criterium du Dauphine before withdrawing with injury. The Slovenian superstar will be supported by, or perhaps share leadership with New Zealand road race champion George Bennett and Steven Kruijswijk.

Among the other favourites at this early stage are David Gaudu (Groupama-FDJ), hot off a victory in the Faun-Ardèche Classic, Paris-Nice defending champion Max Schachmann (Bora-Hansgrohe), and Aleksandr Vlasov (Astana-Premier Tech).

With the Classics season getting into swing, a number of contenders for those races are showcasing their form at the French race with Philippe Gilbert (Lotto Soudal), Bob Jungels (AG2R Citroën), Matteo Trentin (UAE Team Emirates), and Dylan Teuns (Bahrain Victorious) all present on the startlist.

SBS HD and SBS On Demand will be the places to watch the live coverage of Paris-Nice, with replays available after the completion of the stage on SBS On Demand.

The SBS Cycling Central website will be the hub for race news, highlights and opinion from Paris-Nice.

LIVE to Eastern States (delayed to other time zones on SBS HD), LIVE streaming to all SBS On Demand