Speculation on the future of Brisbane Roar striker Jamie Maclaren has taken an intriguing twist with a report out of England claiming Premier League club Stoke City has "tabled a bid" for him. 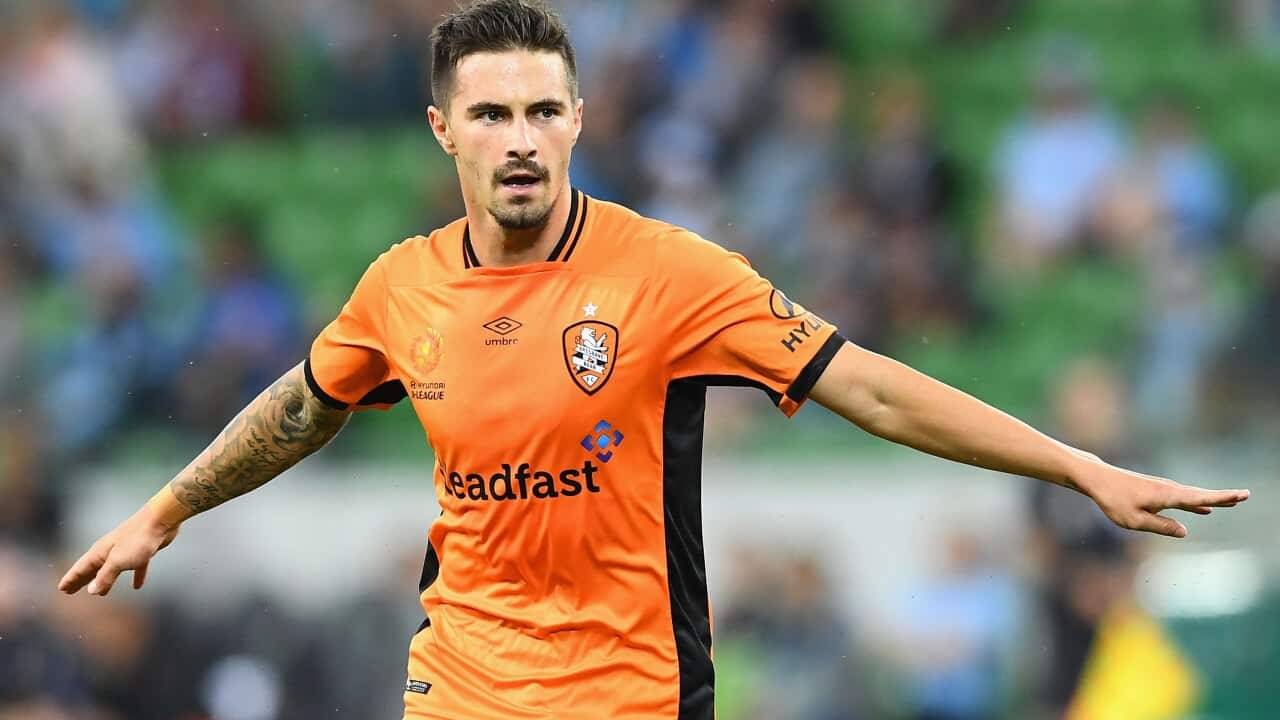 The eyefootball.com website is reporting: "Stoke City have tabled a bid for Australian international striker Jamie Maclaren. The forward is amongst three players who are on the radar of Stoke manager Mark Hughes for a transfer in the January transfer window."

Stoke, who scored first before losing 4-1 to Liverpool at Anfield overnight, are only slightly below mid-table in 13th place, but struggle to score goals. They have 20 from 18 games.

The eyefootball.com report said Stoke City were "desperate to bring in attacking talent" with Hughes having "lost faith" in his existing strike-force.

Advertisement
Asked about the report and whether Stoke had approached him with an offer for Maclaren, the player's manager, Paddy Dominguez, told The World Game: "The article and the story is complete news to Jamie and I.

"I can only assume that if there is any credibility to the article it would be that Stoke have contacted Brisbane directly."

The World Game approached the Brisbane club to ask if it was in a position to make any comment on the story and whether the club had received an offer from Stoke City and was prepared to confirm that.

A spokesperson for the club provided this response: "Until the club is contacted in any official form we will not make any comment."

Back home, there have also recently been rumours that Western Sydney Wanderers were interested in elevating Maclaren to marquee status with a big offer for next season.

But there must now be a huge doubt about whether Maclaren will continue in the A-League beyond this season.

He will turn 24 on July 29 and even if there is no move agreed upon in the upcoming transfer window he is at that age where if he is going to try his luck in Europe he can't afford to wait much longer.

Plus, Brisbane and Maclaren are clearly coming from a long way apart in their own negotiations, since Dominguez, in late November, reacted to the Roar's initial offer by declaring: "It's a disgusting offer, and it's highly disrespectful. He'd be the lowest paid of any of the top strikers in the A-League."

Brisbane could obviously negotiate a big transfer fee for Maclaren if they released him overseas in the January window, but if he left at the end of the season when his contract was up he would be a free agent.

Maclaren, who scored 18 goals in 25 games last season and subsequently broke into the Socceroos squad, has shown his mental strength by not letting the speculation over his future distract him. He has scored four goals in his last six games and has six in 11 this season.