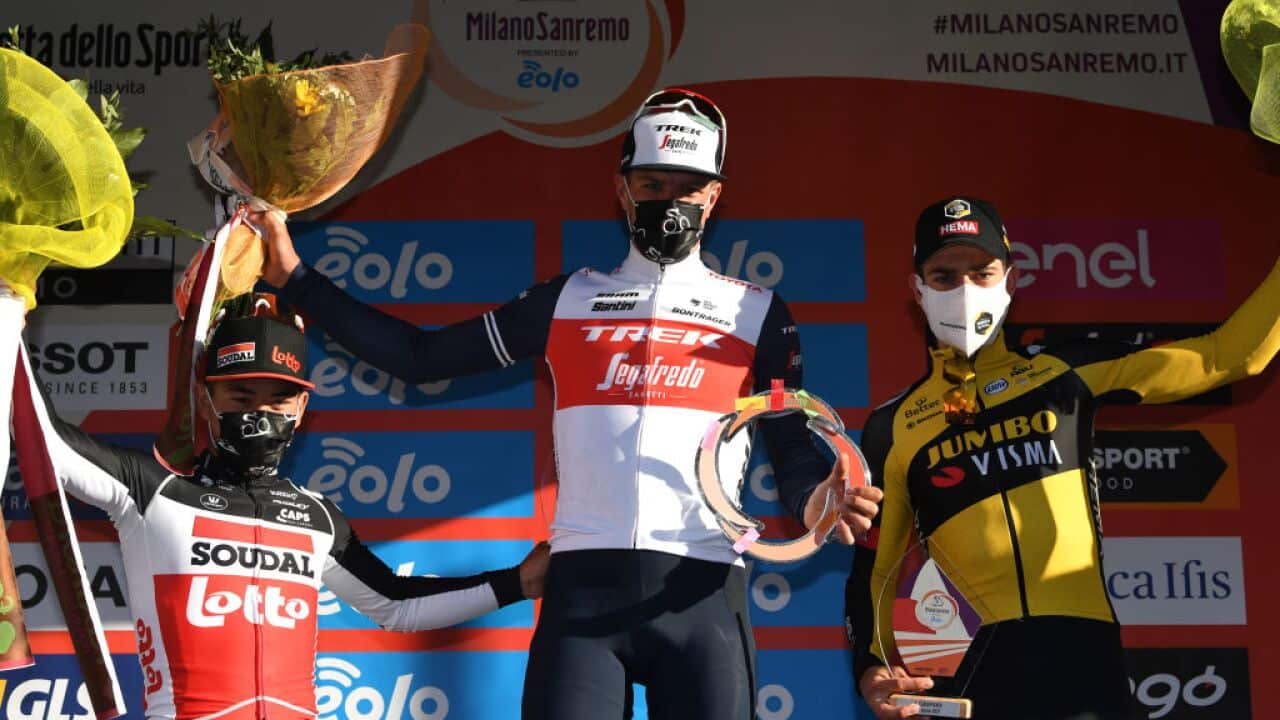 Yet the 26-year-old "Pocket Rocket" Ewan, along with the race's other favourites were caught out by the late, unexpected attack at the bottom of the final hill by Stuyven, who just escaped for victory as the Australian came close to hunting him down.

Ewan, who was also runner-up in the race three years ago, had to settle for the same spot, just ahead of Belgian powerhouse Wout van Aert.

Afterwards, though, there was no elation from Ewan, just the sense of what might have been as he admitted that the powerful group chasing Stuyven had made their move too late.

"The first time I was second in Milan-San Remo, I thought it was a really good result - it was only my second time doing the race," Ewan told Eurosport.

"So that confirmed that I could potentially win the race one day - but I'm pretty disappointed this time."

That disappointment stemmed from the fact that the 26-year-old Lotto Soudal rider had ridden such an impressive race, looking in the form of his life as he tracked down even the most explosive climbers on the famed Poggio hill near the finish.

"I knew coming into the race I was in really good form. Like most years, I target this race and this year I've really tried to improve my climbing and even practised that exact climb on the Poggio many times before this race," said
Ewan.

"That's why I knew when the attacks came, I should be able to follow and I was in a really good position for the most part of the Poggio."

One of the race's big three - world champion Julian Alaphilippe, Dutchman Mathieu van der Poel and van Aert - had been expected to prevail but at the bottom of the Poggio, Stuyven surprised them all.

Behind his attack, the chasing group failed to organise, allowing the Belgian to open up a gap which he held to the line with Ewan about five metres adrift.

Ewan said he had felt "comfortable" following the favourites even though he was "obviously suffering a bit" and always fancied his sprinting prowess would see him prevail in the end.

"I know if that group's together then usually I'm the fastest guy there. It's always a lottery in that situation because there's always going to be attacks and you have to wait," he said.

"I had to take the risk and did what I thought I had to do to win - but in the end, we waited too long."

Stuyven, though, could hardly believe it. "If it had gone to the line, I maybe would have finished fifth or 10th but I preferred to go all in and take the biggest victory of my career.

"Maybe eight times out of 10 you get nothing - but there are two times, or even one time, you get everything!"