Luis Suarez hailed the "spectacular" achievement of Uruguay reaching the last 16 of the World Cup for the third time in succession - then announced his wife is expecting their third child. 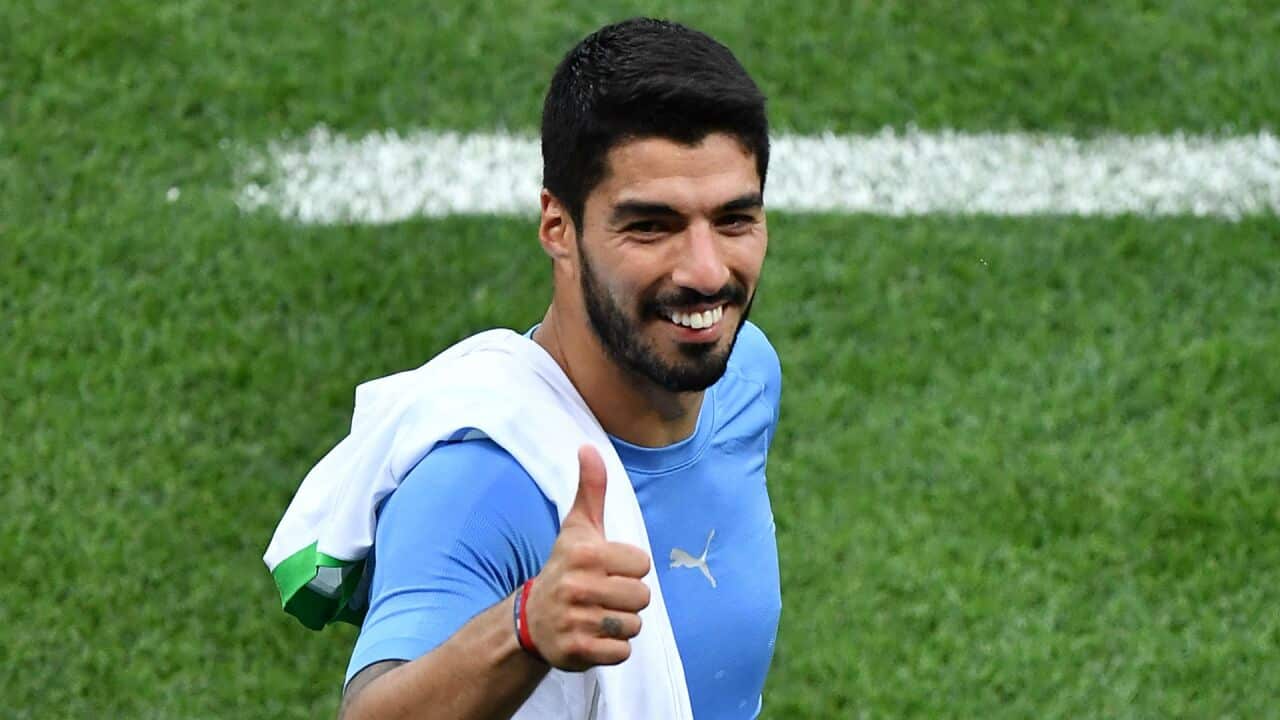 Uruguay joined Russia in securing qualification from Group A, as Saudi Arabia and Egypt were eliminated, following the 1-0 result in Rostov-on-Don on Wednesday.

Suarez marked his 100th international appearance in style, slotting home a simple finish after a goalkeeping error in the 23rd minute at Rostov Arena.

The victory ensured the continuation of a proud record that started with Uruguay advancing all the way to the semi-finals of the 2010 World Cup.

Advertisement
The 31-year-old - who had to sit out his side's defeat to Colombia in the first knockout stage in Brazil four years ago due to suspension - was clearly elated with the team's achievement, as he chose to share some positive personal news.

He wrote on Twitter: "Happy to be part of Uruguay's history accomplishing 100 games!!!!!

"Happy to achieve the final 16 stage again … and even more happy to share that we'll have our third child.

"Thank you all for the support, specially to my loved ones."

Earlier, speaking in a post-match news conference, the former Ajax and Liverpool striker insisted there is time for Uruguay's performances to improve after two laboured 1-0 victories in Russia.

"It's spectacular, we are more than proud that Uruguay has [played] three consecutive World Cups qualifying for the round of 16," he said.

"You have to feel happy … [although] there are things to improve.

"We are not playing the way we like, but as we have seen in the World Cup, what counts are the results.

"What we wanted was to win and move on to the next phase. It's a further demonstration of how complicated it is to win a World Cup match, and World Cups are like that."