Substitute Rogic in action as Celtic win at Kilmarnock

Australia attacker Tom Rogic was in action as Stuart Armstrong sent Premiership leaders Celtic 13 points clear with the only goal against Kilmarnock at Rugby Park. 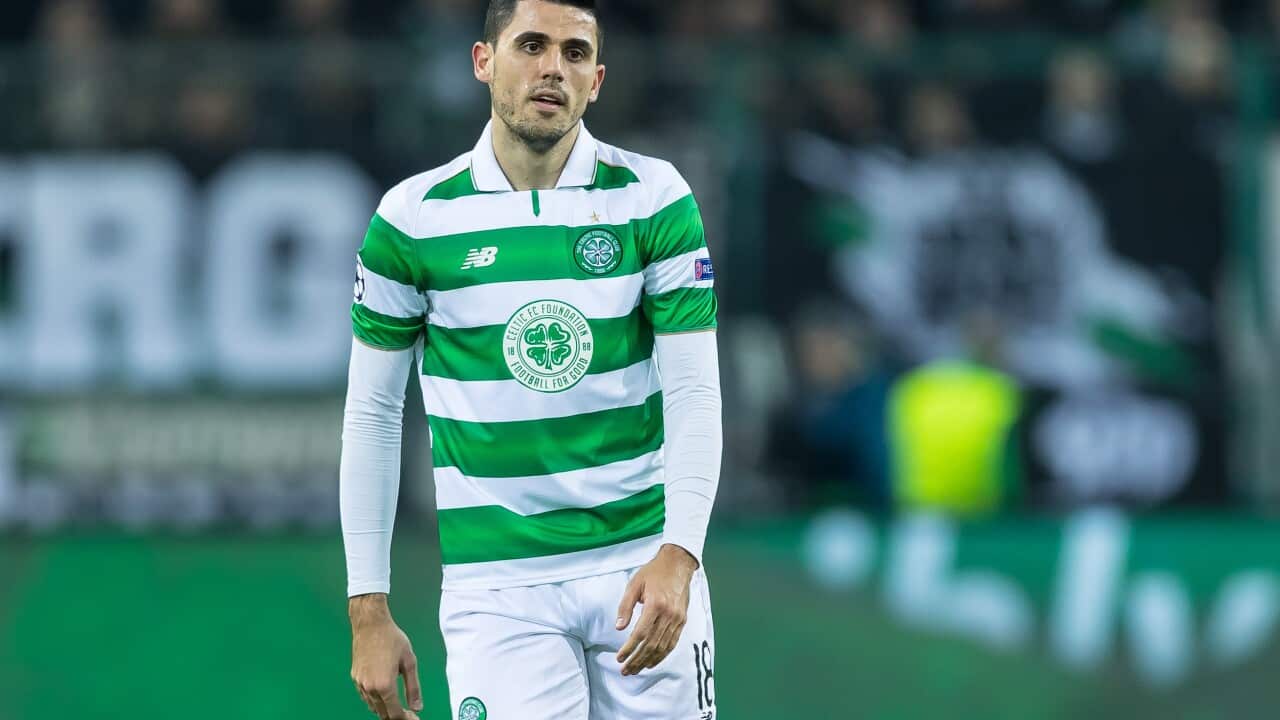 Rogic, who played a full game as Australia drew 2-2 in Thailand in a 2018 FIFA World Cup qualifier in midweek, started on the bench for Celtic before entering the action in the 66th minutes.

By then Celtic already led thanks to Armstrong, the midfielder running on to Moussa Dembele's lay-off to deliver a composed finish 90 seconds before half-time.

Advertisement
Jamie MacDonald made some decent saves to keep his well-organised and spirited team in the game but Celtic gave little away in terms of clear-cut chances as they kept a seventh consecutive clean sheet in domestic football.

That came with the help of Dedryck Boyata, who was handed his first appearance since April, and with Callum McGregor playing left-back after Celtic moved to a back four in the second half.

Leigh Griffiths was absent after returning from Scotland duty with a tight hamstring, while Kilmarnock manager Lee Clark was missing centre-backs Miles Addison and Jonathan Burn, the latter picking up a thigh injury in training, along with Kris Boyd, who faces up to eight weeks out with a similar problem.

Celtic made a purposeful start and Armstrong cut the hosts open but Will Boyle did enough to prevent Dembele converting James Forrest's cutback.

Erik Sviatchenko headed just wide from a corner but Celtic found chances hard to come by until Forrest created one from nothing in the 25th minute as he turned back outside the box before hitting a left-footed strike which a diving MacDonald clawed away from his top corner.

Clark had sacrificed top goalscorer Souleymane Coulibaly for the energy and work-rate of Adam Frizzell, who was among four midfielders in front of Gary Dicker who were given the task of protecting their back four while trying to push up the park whenever they had the chance.

They began doing so to good effect and Flo Bojaj came close to a league debut goal when he flashed a header wide from Greg Taylor's cross.

Dembele had a goal correctly ruled out for offside against Scott Brown before setting up the opener. Armstrong took a chance with a run beyond his striker and the France Under-21 international slipped him in with his back to goal. The former Dundee United midfielder picked his spot and stroked home from 12 yards.

MacDonald made two good saves early in the second half, blocking from McGregor after Dembele's throughball and then stopping a Patrick Roberts shot after the Celtic midfielder was gifted possession.

That allowed Killie to retain belief they could get back into the game and they posed some problems, but some promising moves broke down as they got into the box.

Their best chance came on the break just after Scott Boyd cleared off the line from Forrest after some slack defending. Substitute Nathan Tyson held the ball up for Frizzell but Craig Gordon got down well to hold his 20-yard drive.

Mikael Lustig hit the outside of the post after a one-two with Forrest and Kilmarnock kept pressing but Dicker saw his header deflected wide.