Sunderland have suffered back-to-back relegations following their 2-1 loss at home to Burton Albion on Sunday (AEST). 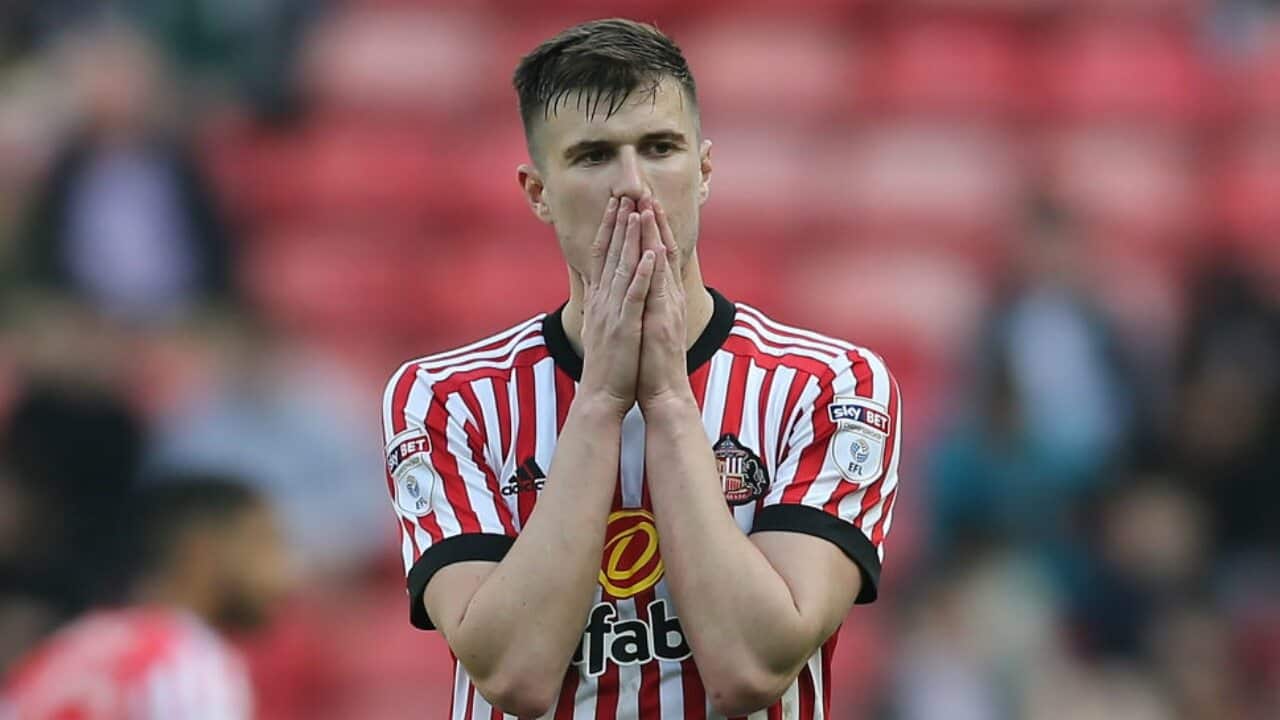 Paddy McNair of Sunderland reacts during the match between against Burton Albion Source: Getty Images

While Wolves confirmed their status as Championship winners thanks to a crushing 4-0 triumph at struggling Bolton Wanderers, Sunderland's exile from the division is the latest installment in what's been a miserable two years for the club.

After Paddy McNair put the Black Cats ahead in the first half, former Sunderland striker Darren Bent equalised for Albion four minutes from full-time, before Liam Boyce completed the comeback deep into stoppage-time.

And while Chris Coleman's men thought they had levelled right at the death to delay the drop, their goal was soon disallowed due to a McNair handball.

Advertisement
With two games remaining, Sunderland's maximum points total (40) is not enough to see them avoid demotion to League One, an experience Coleman described as "brutal" following the full-time whistle.

Hours after their fate was confirmed, Sunderland released a formal statement on their official website vowing to "rise again".

“Whilst naturally we feel devastated today, there remains a burning desire from within to rebuild and reinvigorate the club," the statement read.

“Sunderland AFC is so much more than a football club. It is an institution that has been at the very heart of its city and community for almost 140 years.

“We began the campaign realistic in the knowledge that with the backdrop of relegation from the Premier League and our financial position, it would be a significant challenge to make an immediate return to the top flight.

“However, it was not envisaged nor expected that we would subsequently be facing the prospect of League One football, which makes this position all the harder to take."

Sunderland will return to League One - the third tier of English football - for the first time since 1987-88.