Brendon Santalab jumped off the bench to secure Western Sydney Wanderers a 2-1 victory over Perth Glory at Pirtek Stadium on Friday night. 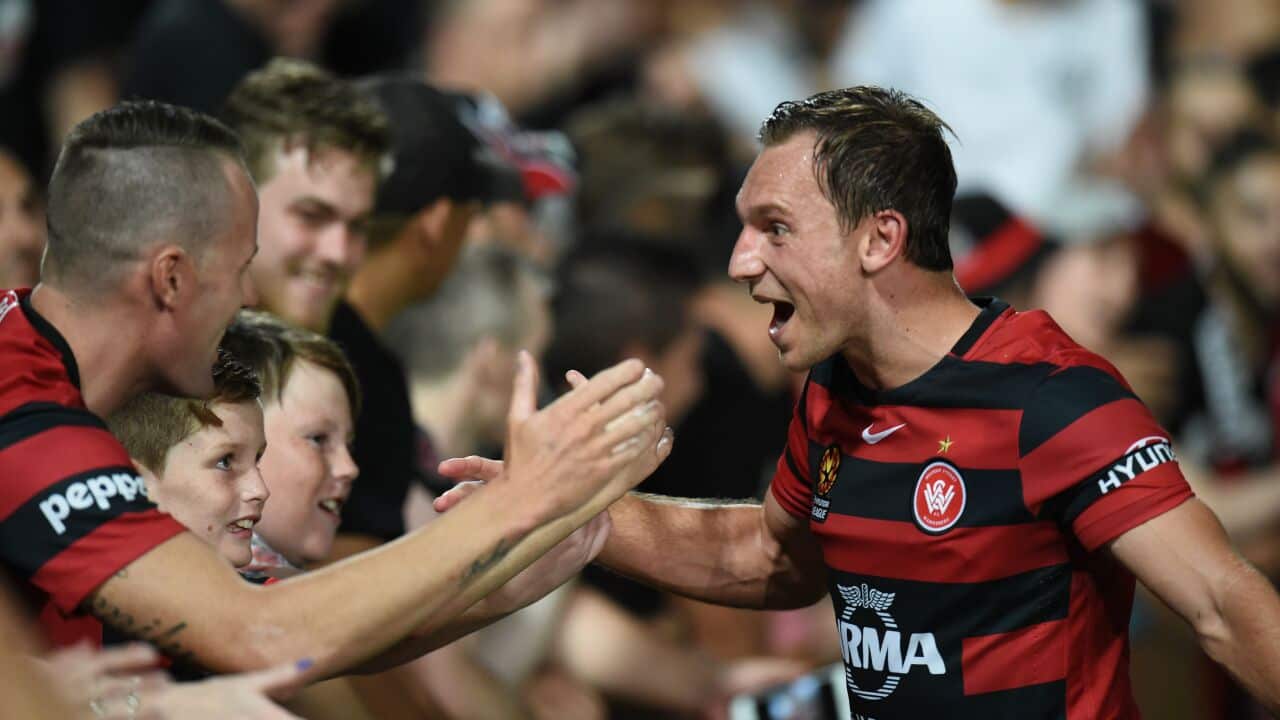 Romeo Castelen had given Western Sydney the lead just past the hour mark, but the effort was cancelled out by an Andy Keogh penalty just moments later.

Santalab was came off the bench soon after the equaliser and struck in the in the 85th minute with a delightful lob over Ante Covic that secured Western Sydney all three points and ended Glory's winning run.

Coming off five straight wins, Perth were full of confidence from kick-off and put the Wanderers defence under pressure early on.

Western Sydney were dealt a blow on 10 minutes when Dario Vidosic pulled up short and was taken off with an apparent torn hamstring.

The home side grew into the contest with Vidosic's replacement Castelen sending a stinging drive just over the crossbar.

Glory continued to cause danger every time they got forward as well, but couldn't add the finishing touch, despite Chris Harold having a free header from point blank range before the break.

The visitors burst of the blocks in the second half as well, yet still couldn't trouble Liam Reddy in the Wanderers goal. Nebojsa Mrainkovic fashioned a good opening for himself, but shot wide on 49 minutes.

Western Sydney came even closer to opening the scoring just a few minutes later. A Mark Bridge flick-on left Mitch Nichols with only the goalkeeper to beat, yet he skewed his effort wide.

The breakthrough finally came just past the hour with a swift Wanderers counter attack. Nichols found Castelen on the edge of the area and the Dutchman cut inside before sweeping a shot into the bottom far corner to make it 1-0.

Perth had the chance to make an instant reply when Nikolai Topor-Stanley brought down Harold in the box and the referee awarded a penalty. Keogh sent Reddy the wrong way to draw Glory level.