Sutton goalkeeper's pie-eating was all a 'stunt'

Sutton United goalkeeper Wayne Shaw set the internet alight after devouring a pie during his side's 2-0 FA Cup loss to Arsenal, but it has been revealed that it was all a 'stunt'. 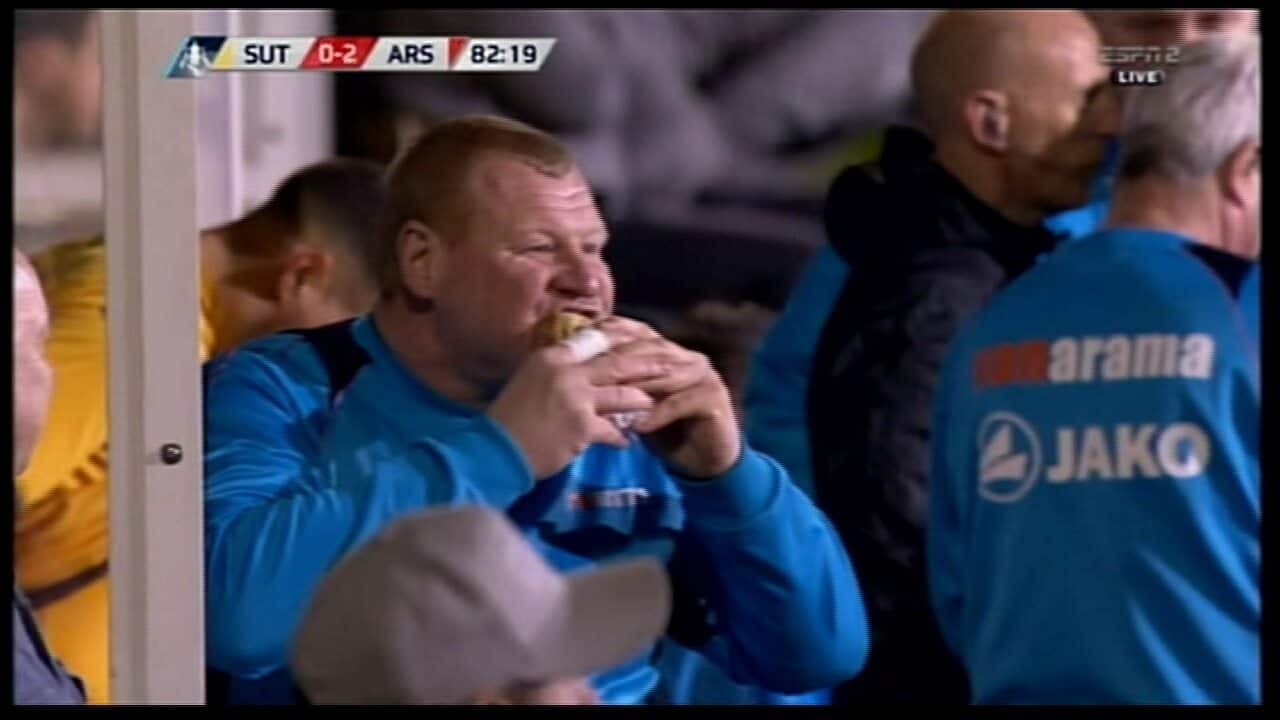 The reserve goalkeeper received a range of online tributes after his pie-eating performance, despite not even playing a single minute on the field, with the 46-year-old being labelled a 'legend' and a 'hero'.

It capped off quite a chaotic night for Shaw, who was spotting vacuuming the dugout prior to kick-off and in the bar at half-time, being digging it to his pie. All in a night's work!

Advertisement
But while the 45-year-old, who also works as part of Sutton's coaching staff, has seemingly etched his name into FA Cup history with his 'heroics', it has been revealed that there was in fact a betting market on him eating during the match.

The 'roly-poly' goalkeeper was rated at odds of 8/1 with Sun Bets to be seen eating a pie on television and the 45-year-old made it happen in a 'stunt'.

Shaw could now be in strife with the FA after possibly breaking the governing body's rules on gambling.

FA regulations state that a player should not “instruct, permit, cause or enable” any person to bet the “result, progress, conduct or any other aspect of, or occurrence in, a football match or competition.”

Speaking after the game, Shaw admitted he knew about the Sun Bets offer, although he denied that he or any other Sutton player had placed a bet.

“I thought I would give them a bit of banter and let's do it. All the subs were on and we were 2-0 down.”

When asked whether he knew of anyone who had placed a bet on him eating it, Shaw said: “I think there were a few people. Obviously we [Sutton's players] are not allowed to bet. I think a few of the mates and a few of the fans."