Swansea and West Ham goalless at the Liberty Stadium

Swansea City failed to escape the Premier League relegation zone as they were held to a goalless draw by West Ham United at the Liberty Stadium. 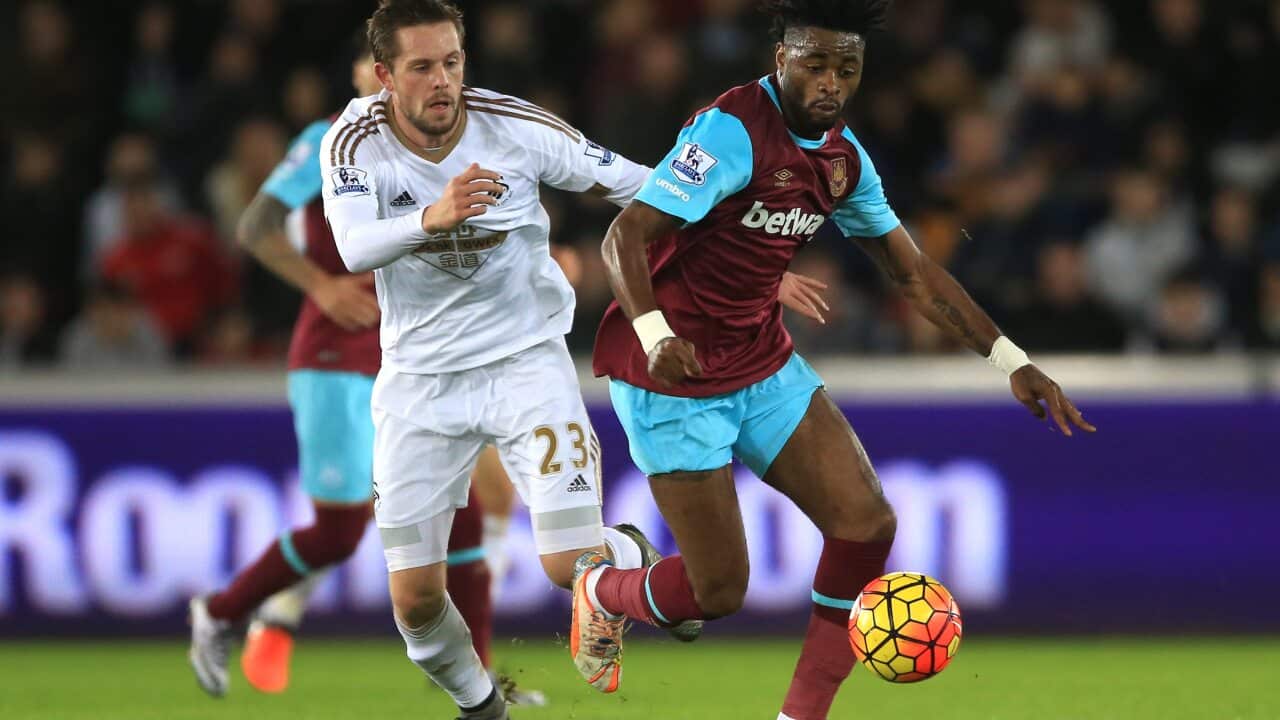 Chairman Huw Jenkins had spent part of the week in South America trying to find a managerial successor to Garry Monk, with former Argentina and Chile coach Marcelo Bielsa understood to be top of his list.

And, for all caretaker manager Alan Curtis's experience in the game, the appointment remains a pressing issue as Swansea have now only won once in 13 games and find themselves in real danger at the foot of the table.

Despite dominating for long periods, Swansea failed to put away injury-depleted opponents who have failed to win in seven games since beating Chelsea at the end of October to go third in the table.

Advertisement
Swansea toiled to create clear-cut chances but they felt they should have had a 62nd-minute goal when James Collins appeared to block Ki Sung-yueng's goalbound shot with his arm, referee Lee Mason unmoved in the face of home protests.

Curtis, in charge of his second game, had overseen a far more cohesive performance at Manchester City and Swansea reacted to dropping into the bottom three courtesy of the previous day's results by producing a greater sense of urgency than anything seen in the final weeks of Monk's 22-month reign.

There was a determination to get on the front foot but West Ham defended well and got bodies in the way whenever Swansea sized up shooting opportunities from distance.

But the Hammers were relieved when Andre Ayew directed Neil Taylor's cross onto the roof of Adrian's goal.

But perhaps the Hammers' lack of a cutting edge was understandable as attacking quartet Dimitri Payet, Diafra Sakho, Manuel Lanzini and Andy Carroll were all missing through injury.

Swansea dominated possession but they also found chances hard to come by, their best opening arriving after 25 minutes when Bafetimbi Gomis slipped in Ki but he was foiled by the legs of Adrian.

Zarate brought a flying save from Fabianski but it was Swansea who finished the first period on top and almost opened the scoring after the best move of the half.

Ki's pass gave Gomis a sight of goal and, although his shot was mishit, Jack Cork retrieved the situation with a cute flick which saw Ayew sidefoot wide under pressure from two West Ham defenders.

Swansea appeared to be building momentum but their play was disjointed at the start of the second half until Cork's volley produced an acrobatic save from Adrian.

Moments later Gylfi Sigurdsson set up Ki for a shot which struck the flailing arm of Collins, who had thrown himself at the ball.

Swansea players surrounded Mason but to no avail as the referee awarded a corner rather than a penalty.

West Ham had their moments in the closing quarter with Fabianski tipping over Enner Valencia's drive and Collins heading over - but there was no breaking the stalemate.